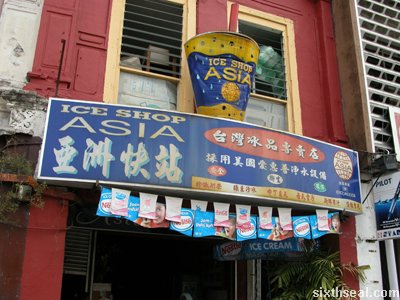 Ice Shop Asia is the once great empire that has seen its famous
plastic cup and straw mammoth logo emblazoned all across town. Outlets
after outlets were built, expanding like the rise of Rome, swathing a
path of destruction over premium retail space like the Nazi blitzkrieg,
and taking over the outlets like…er, the British Empire. 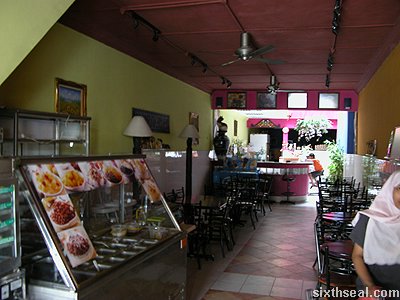 Alas, the glory days of Ice Shop Asia is now over, and like the rise
and fall of civilizations, Ice Shop Asia now maintains a single
battered looking outpost in the town of Kuching, the once proud metal
cup dented and fighting off rust. The single lonely remaining outlet is
the pioneering one, and there wasn’t any electricity when we were
there… 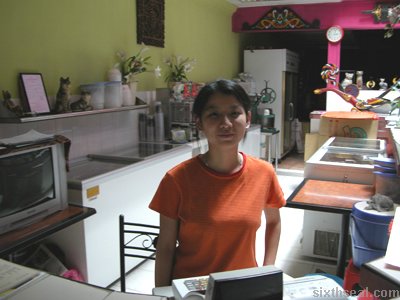 However, there was an aesthetically pleasing young female behind the
counter, so we decided to get a drink despite the dim interior. ;) I
ordered a passion fruit snow shake and a chocolate ice shake with
pearls. A snow shake is ice blended and does not come with pearls while
an ice shake is basically bubble tea made with ice cream instead of
syrup with optional pearl balls. 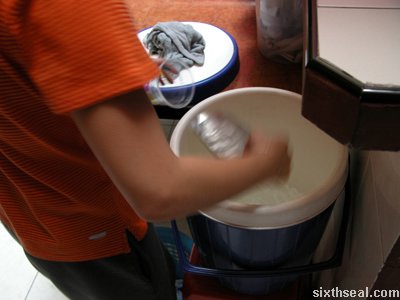 The ice is shoveled into their standard plastic heat sealed cups… 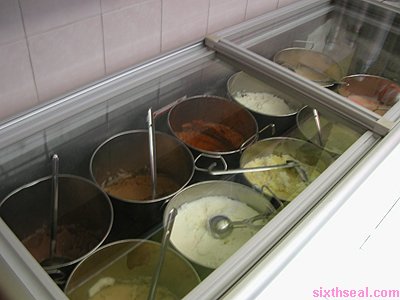 …and added with ice cream for an ice shake 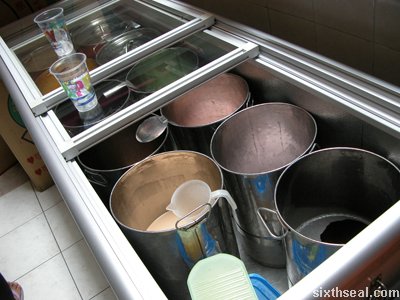 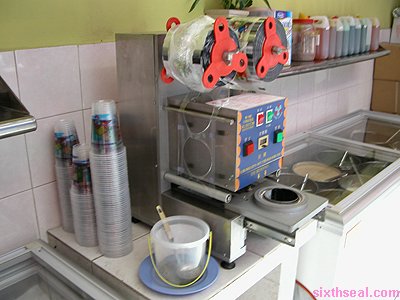 Unfortunately, the device that does the ice crushing was not in
operation due to the power failure and neither was their patented,
really interesting heat sealing device (shown above). That thing
automatically heat seals the top of your plastic cup with a poke able
plastic cover, so you have to poke through it with a straw. I had so
much fun with it last time. I didn’t get the chance to do that though,
coz the machine requires electricity to operate. 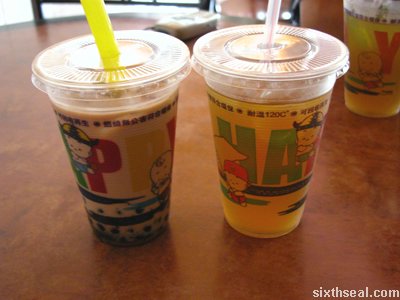 Thus, here’s the naked (hey, didn’t came with the heat sealed
plastic cover) Ice Shop Asia drinks – the chocolate ice shake with
pearl balls is on the left and the passion fruit snow shake is on the
right.

The girl apologized for the unfortunate circumstances and I didn’t
mention anything about not being able to poke things through thin,
flimsy other things. ;)

This post is so loaded with double entendres and innuendo…