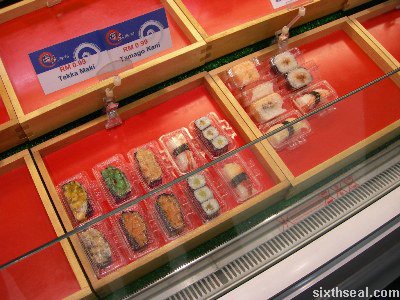 I managed to get an even better bargain just now – the trick is to
go exactly at 10:30 pm (or 11:00 pm on Saturdays) to Carrefour and hope
that all the good ones aren’t taken. 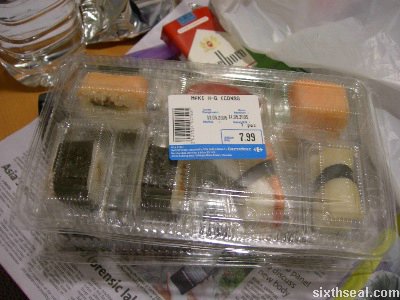 The sushi attendants wanted to sell the remainders for RM 8.99 but I
said I’ll just take it all for RM 7.99, the price I got the previous
night…the choices were much better this time, so that’s the reason
for the higher going price. 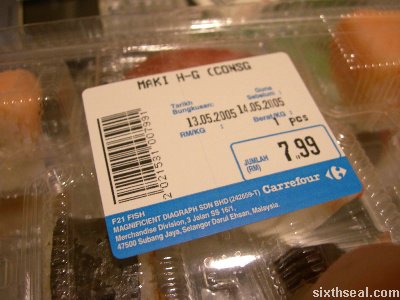 It was closing time so I just got everything for RM 7.99. That’s
really cheap sushi considering that there’s some prime choices inside… 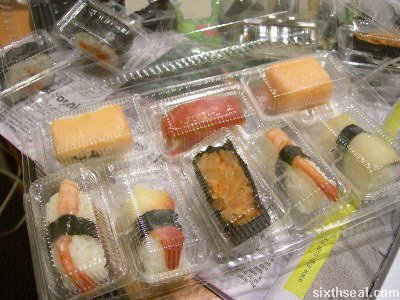 It filled two large sushi packs, and one of them had all the choice sushi pieces.