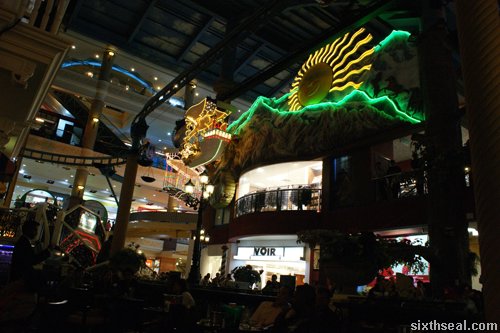 I went up to Genting on Saturday night to blow off some steam since I’ve been working the entire week and I needed a break. I had a RM 2,800 bankroll with me and I planned to win at least RM 1,500 this trip. The odd bankroll amount is from the costume hire that Wai Ching got for me, paid her RM 200 back so I’m left with RM 2,800. 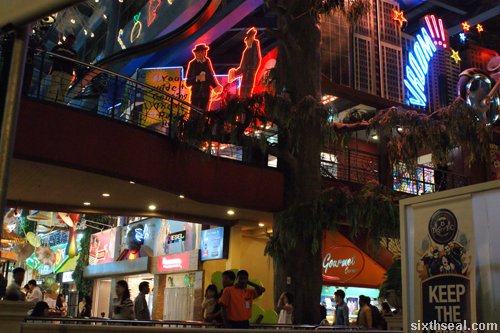 I was feeling pretty good about this trip coz Katy Perry’s Waking Up In Vegas was playing and it seemed like the stars were aligned in my favor. 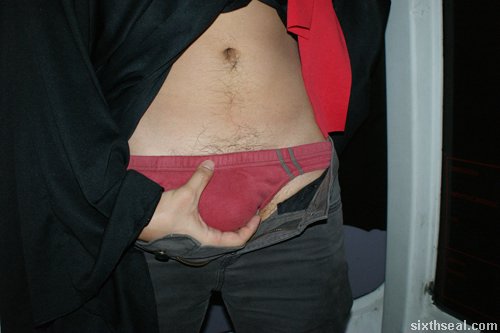 I even had my red underwear on okayz! Don’t play play.
Disclaimer: sixthseal.com is not responsible for blindness, loss of sight, or nausea resulting from the photo. :p

BTW, I’m not superstitious; most of my underwear just happens to be red. LOL! Okay, enough crap here’s the battle report:

I put RM 500 on Player. Some guy came to the table and started changing into chips so I was given time to think. My strategy was to go Player, Player, Banker but I didn’t want to budge. I should have. Banker won that round. My winnings were pared to RM 600 again.

I’m going all out. It’s do or die time. I put RM 2,000 (the table limit) on Player and watched the sad looking RM 400 pile of chips in front of me. I would be fucked if I lost this round.

Yup, it was and I was this close *holds fingers 1 cm apart* from losing my entire bankroll. It’s a good thing doubling up worked coz that was my last chance. You can’t really stage a comeback with just RM 400. 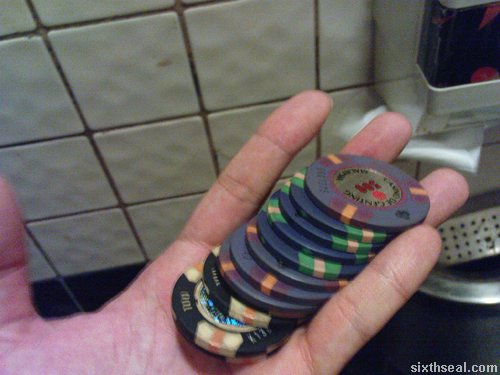 I was so happy I went into the toilet and took a photo. I present RM 4,400 in chips…

Round and round the ball goes, and where it stops I kinda know. :p

We were both astounded…the ball landed precariously between 27 and 6 before settling in the former. 6 is just BESIDE 27 on the Roulette table. Just 0.01 mm more, and I would have won a cool RM 3,500 on top of my RM 4,400 for a total of RM 7,900, which would EXACTLY recoup my previous loss at Genting. 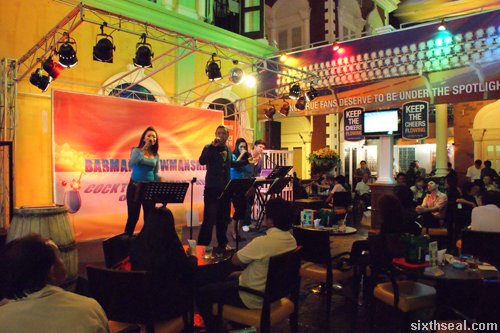 …but I didn’t learn that lesson for nothing. Let’s not be greedy. I cashed out with a net profit of RM 1,500 and we went for dinner. 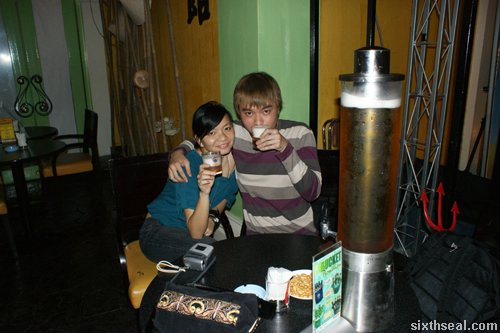 I also went up to the stage and rendered a Hokkien number – it goes something like “30% is attributed to fate, 70% is from your own efforts – he who dares wins“. 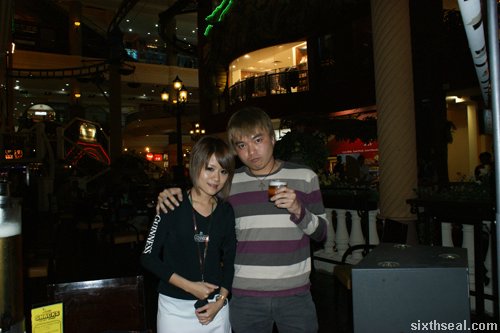