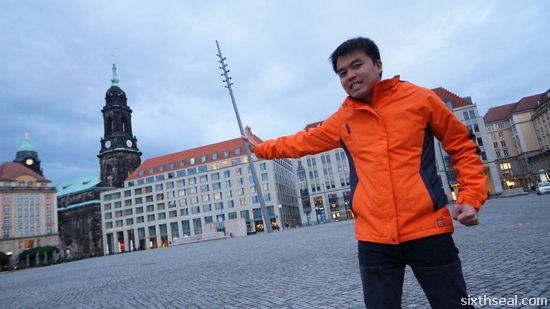 This is a peculiar structure located in the middle of the old part of Dresden Square. It’s a pole that leans at a 45 degree angle. The oblique inclination of the pole points towards an underground passage that leads to a railway station but the pole itself has no particular significance that I could decipher.

It’s not an optical illusion.

There is no signage to illuminate questing minds as to why the pole is canted.

I didn’t know why it was leaning.

It’s as if the pole had lofty dreams of becoming an attraction equal or superior to the Leaning Tower of Pisa but never quite made it, gave up, started drinking and…well, leaning. 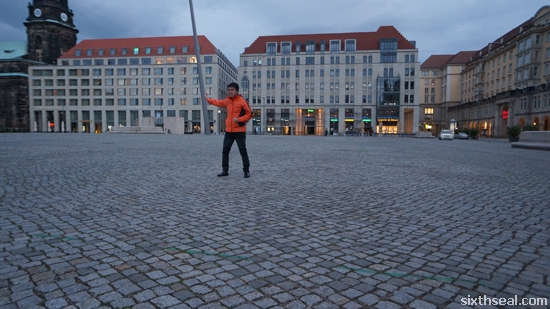 Thus, we dubbed it The Leaning Pole of Dresden and took stupid photos with it. Heh.

12 thoughts on “The Leaning Pole of Dresden”