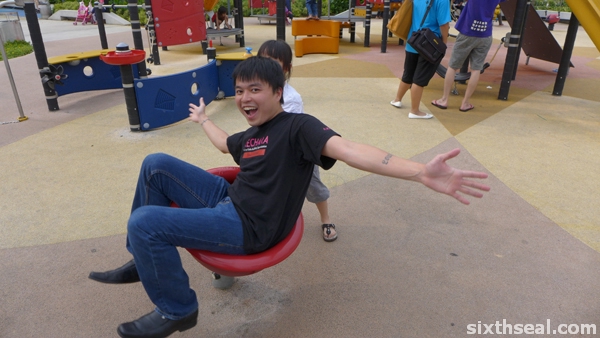 Do you know that F1 drivers experience an intense amount of G-force whenever they drive? It’s totally unlike this at all – I was just horsing around… 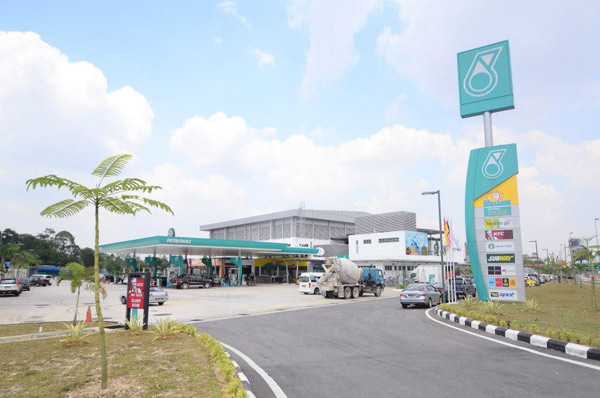 …but what I wanted to write about is the recent trip Lewis Hamilton and Nico Rosberg made to Malaysia for a Meet The Drivers session at PETRONAS Solaris Serdang! 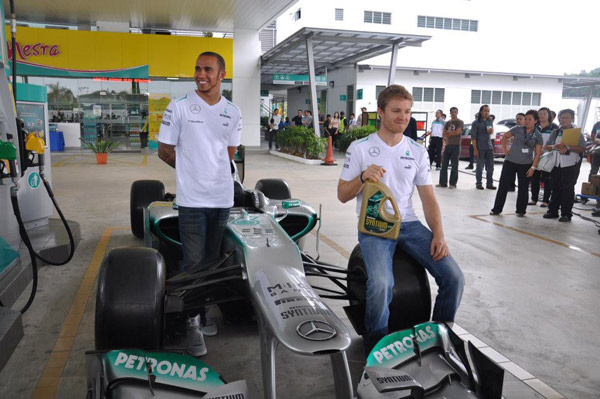 It was held in the afternoon and the sight of a *real* Formula One vehicle inside a gas station sure garnered a lot of attention. 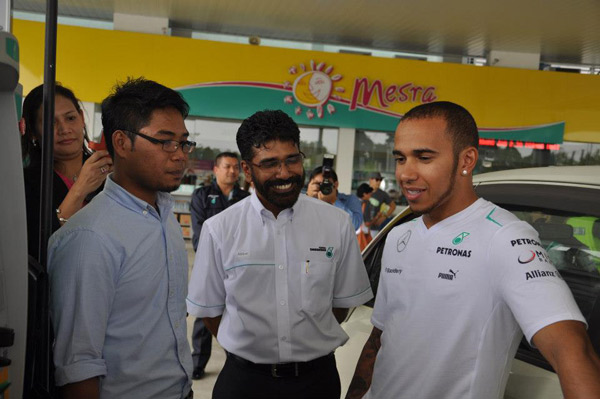 I’m sure that’s a dream come true for a lot of people. I have a friend who’s a huge fan of Lewis Hamilton – insisted on me trying to get his autograph for her and passed her handbag (!!!) to me one season. I didn’t manage to do it but if she was here that day, it’ll have made her day, her week, her month, and even her year. ;) 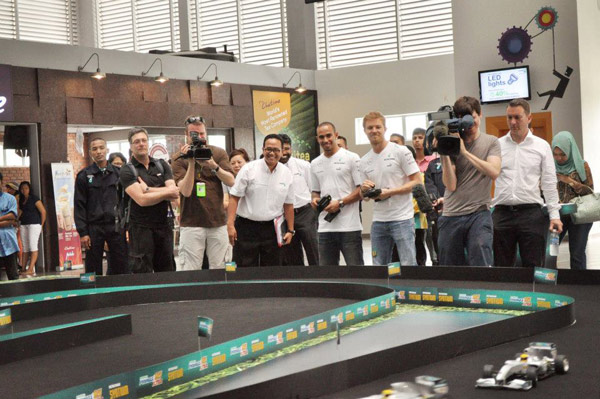 There was also a remote control car racing competition between Lewis Hamilton and Nico Rosberg. I thought that was a fun concept – I wonder if aptitude with RC cars have anything to do with performance on a real F1 car. I seriously doubt it, but it’s a cute activity. Heh. 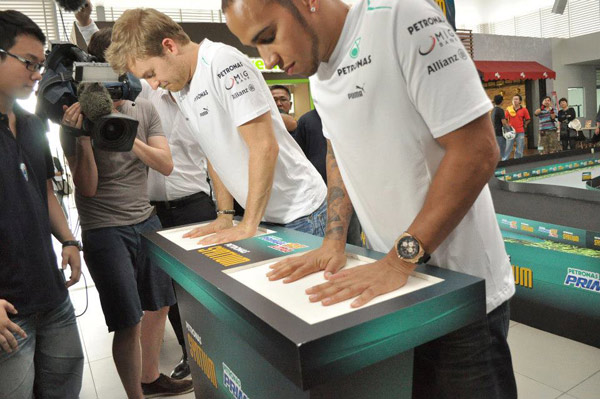 The two drivers also did hand prints and signed plaques for the Race On contest. 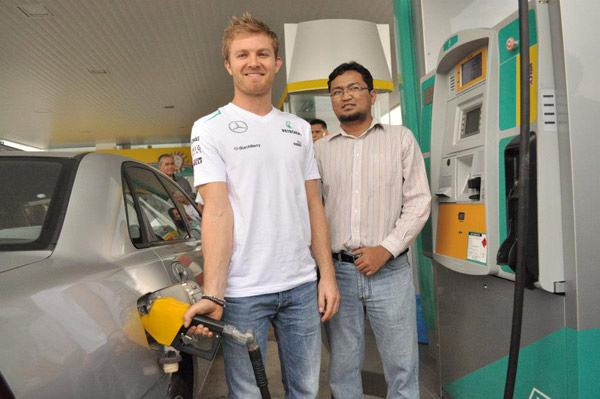 You know the best part? The two F1 drivers actually filled up the gas tanks of people who came into the PETRONAS station at Solaris Serdang that day! Guess who those lucky people are? They’re Mesra Card Top Spenders! The lucky few who got to get *up close* to Lewis and Nico, pose for photographs and get their cars filled up by them! It’s bragging rights for eternity! :)

You might have missed out on this one, but there’s a very nice car (Mercedes-Benz A-Class) you can win by participating in the Mesra Race On Contest!

What is the Race On contest?

It’s an amazing promotion going on at all Mesra stores at PETRONAS stations nationwide. You just need to buy any of these combos:

…and win great prizes! The best thing is that the combos are much cheaper than if you have bought the individual items together, and they make a perfect snack on road trips or just a cool drink with the hot weather here. 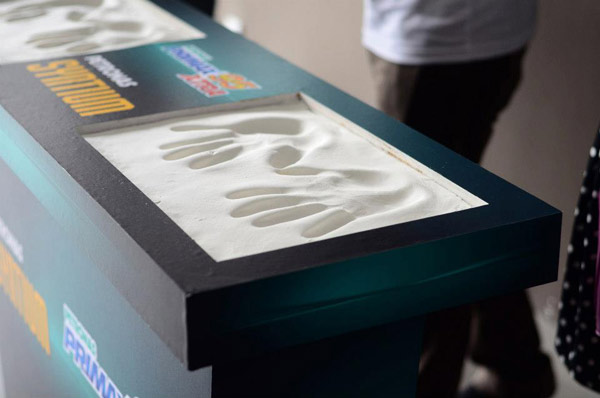 You can also participate by purchasing RM 15 in a single receipt in Mini Mesra and unbranded stores at PETRONAS stations (except for Primax 95, Diesel, Kerosene, Touch n’ Go, Cigarettes, E-payment services and controlled items like flour, sugar and cooking oil). 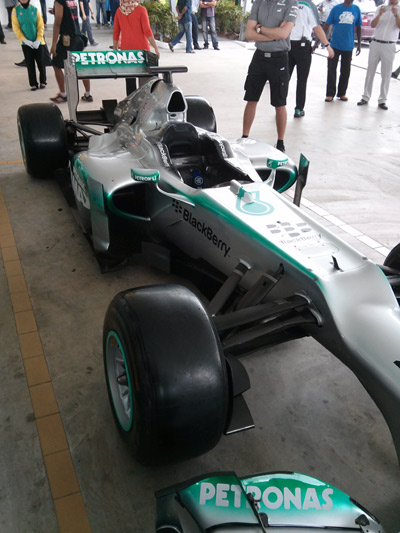 Just fill in your name, email, and contact number and answer an easy question at the back of the sales receipt and put it into the box at PETRONAS stations to get a chance to win! 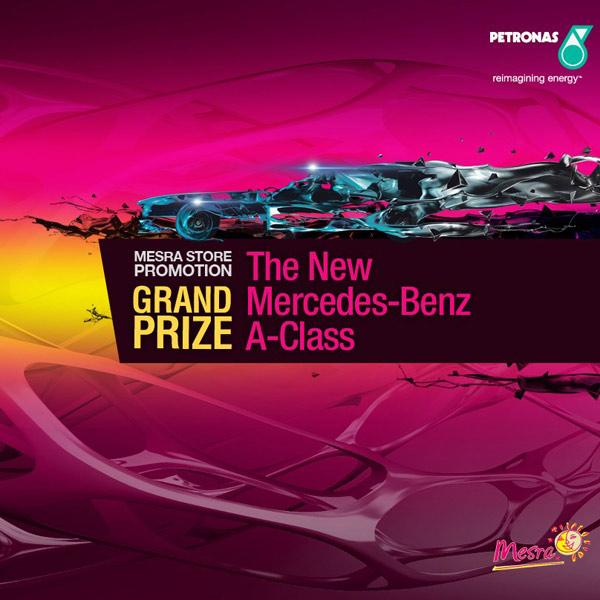 It’s so simple and easy to take part – just look at the back of your receipt and jot down your details! :)