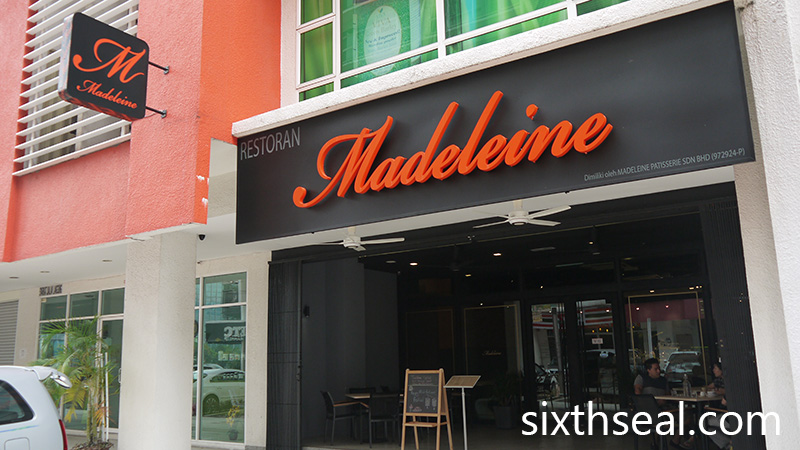 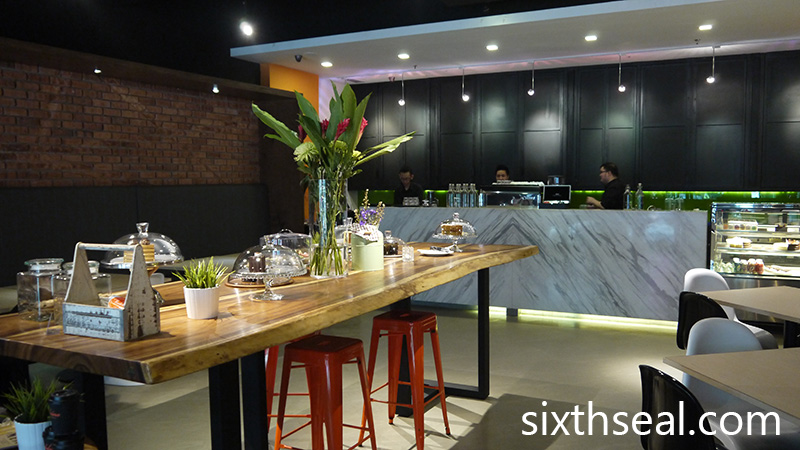 There’s an vague Australian vibe in the interior décor with the large central table/bar and magazines lining the shelves on the sides and it seemed like a great place for weekend brunches. The service was a little on the Chinese side (it’s unusual to see so many local Chinese waiters in the era of foreign help) but functional, if unremarkable. 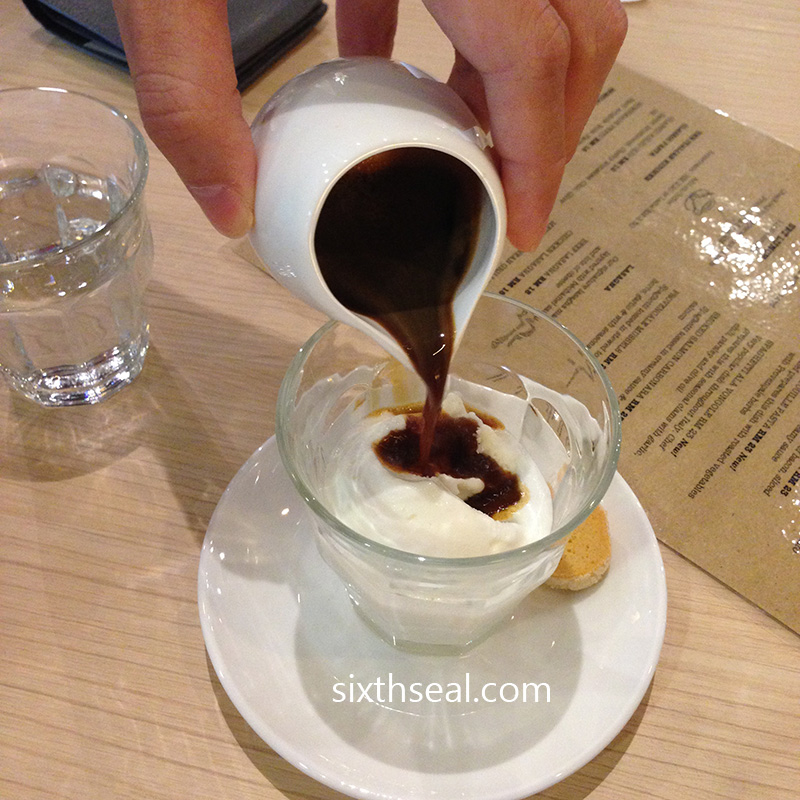 This is a bit of a disaster – the ice cream in this affogato is instantly recognizable as the cheap locally produced Nestle “ice cream” (not sure if it meets the criteria for ice cream since it’s quite low in real butterfat and undoubtedly has palm oil as a substitute). I tasted it and my dear tasted it and we looked at each other and said “Nestle“. That’s how bad it was. To be fair, the whole thing tasted better after the shot of espresso was poured in, but if I wanted Nestle crap I would have made it at home, even my home has higher quality ice cream. 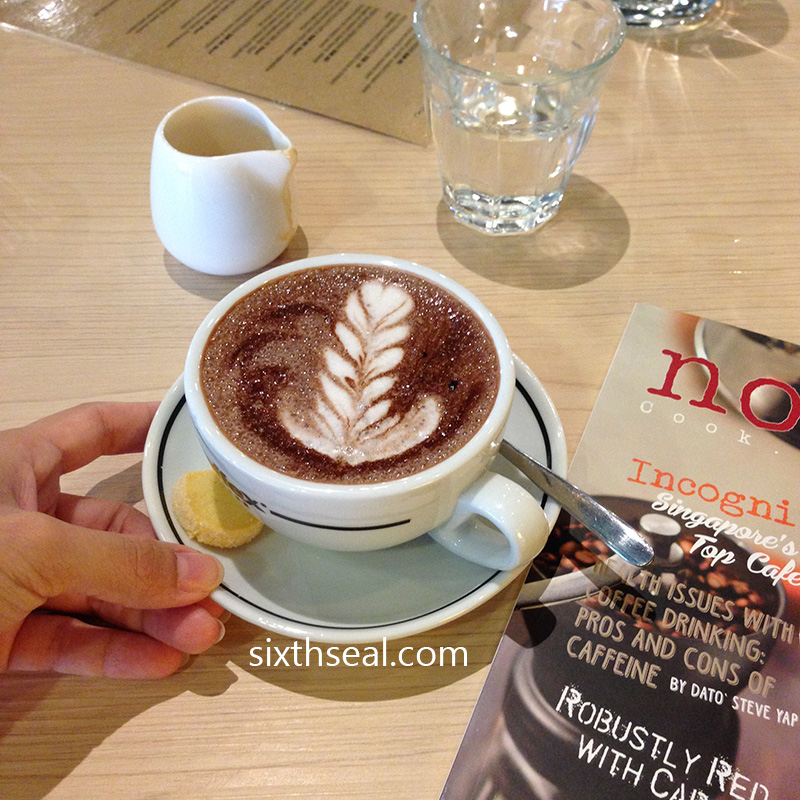 This was my better half’s order and it seemed to go down alright. 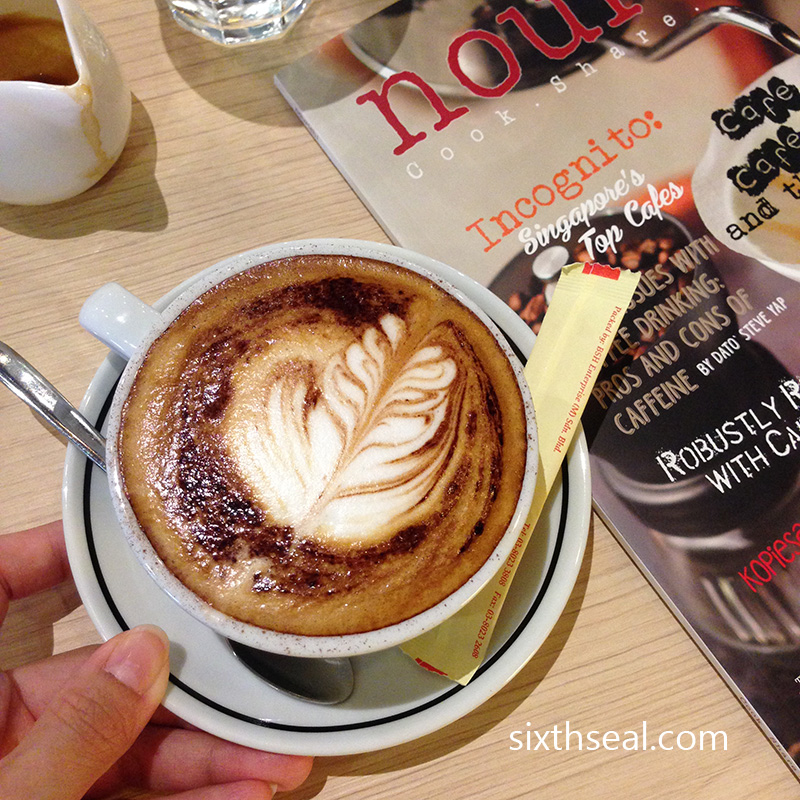 The waiter actually forgot my order – he thought I just wanted the affogato. I had to remind him to get my drink. Like I said, the service was dreary but I got the feeling that they did try their best…their best is just not good enough. 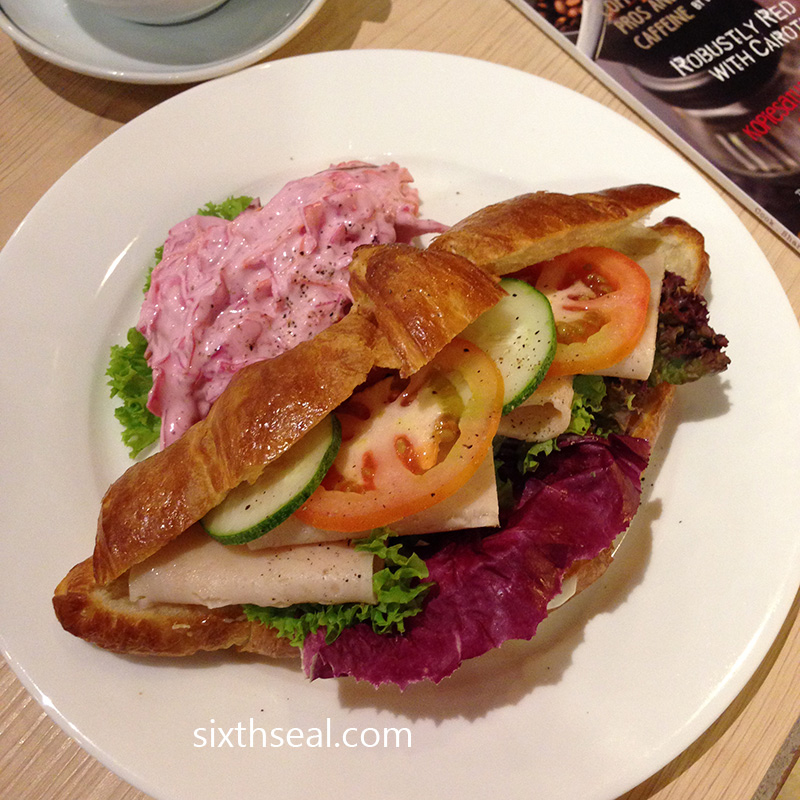 This is a croissant sandwich with a filling of tuna or chicken ham. Yeah, I didn’t know it was pork free either. My dear’s order, she tried valiantly to finish it. Notice the pepper? I’ll go into that soon. 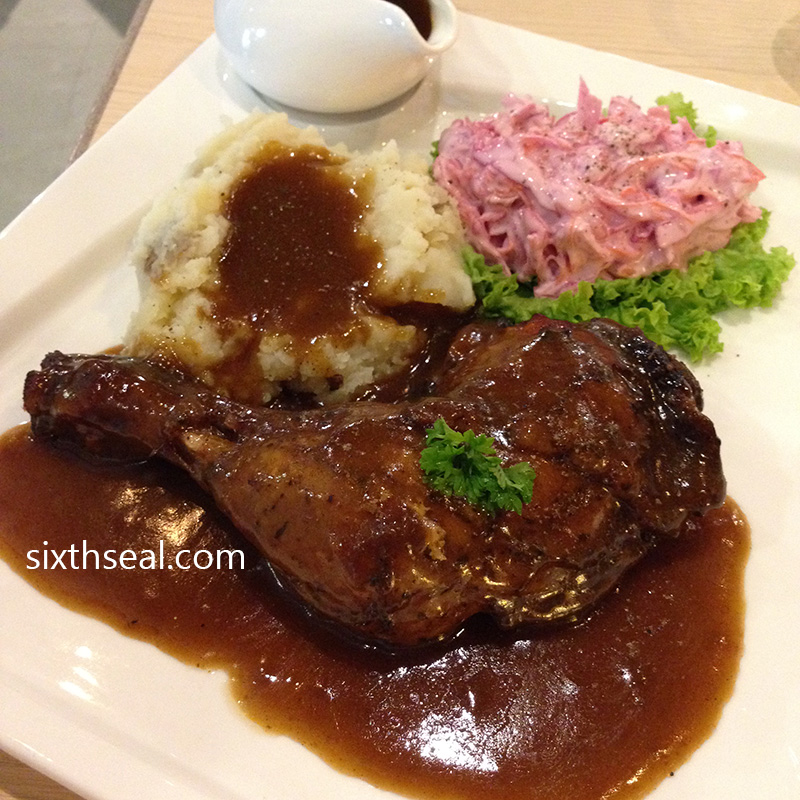 This is supposed to be “Cajun marinated whole leg served with 2 side dishes”. There’s nothing Cajun about it, and it was way too salty. It also looked like they spilled the pepper shaker on our dishes – everything was covered with pepper! This wasn’t an optional “Hey, I’ll grind a bit on your plate if you want some” deal, it came out like this! Pepper on everything, including the side salad. I was aghast and had to force myself to eat it, although I didn’t finish it. The sauce was disgustingly salty and it was pre-poured on everything, even the (pepper filled) mash potatoes. 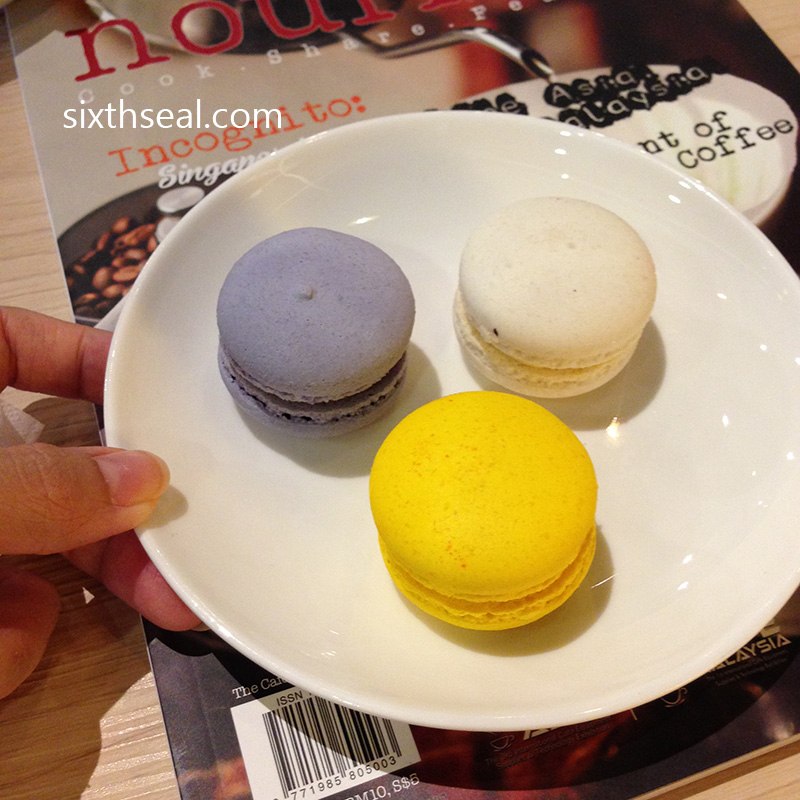 This was the only redeeming feature of our lunch. My dear told me they’re better known for their baked goods (it’s called Madeleine Patisserie after all) and we had one each of Lemon, Summer Love (mixture of berries), Salted Caramel. They’re nowhere close to the likes of Pierre Hermé, Ladurée or even Adriano Zumbo of course, I only made the comparison due to their faux French name. The macarons tasted good, but until today I’m not sure if it’s coz the meal was so bad that they tasted good in comparison. 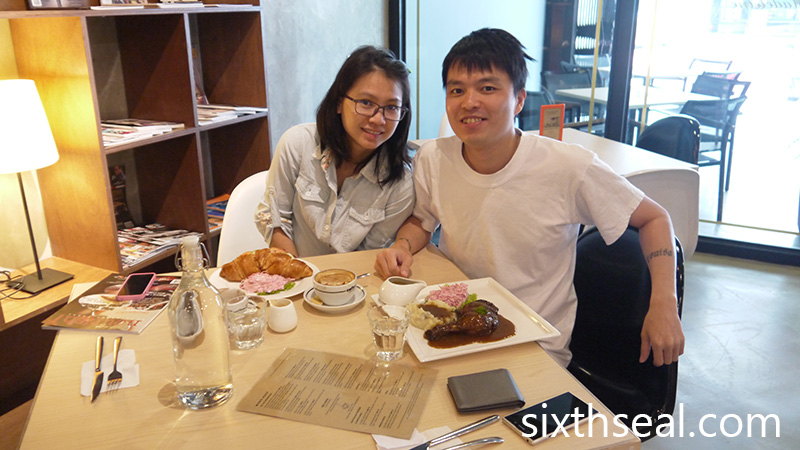 I’ll say avoid at all costs unless you plan on just having the baked goods. The kitchen didn’t impress at all, the food was horrible and overseasoned. I also didn’t like the use of cheap commercial ice cream in their affogato. The bill came up to RM 83 for the two of us, and we would have had a much better meal pretty much anywhere. We won’t be coming back when there are so many good cafes out there. Don’t be fooled by my dear’s great food photography, this place is at best a 1/10.