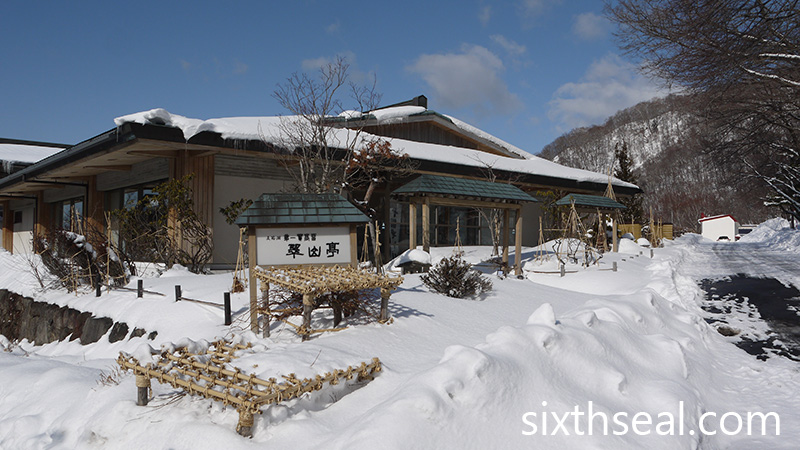 We wanted to experience a traditional ryokan (Japanese inn) complete with onsen hot springs and a full kaiseki ryori dinner and Shikotsuko Daiichi Hotel Suizantei (支笏湖第一寶亭留 翠山亭) fit the bill perfectly. My better half had researched the 3 ryokans in this area and I booked it several months before we flew over to Hokkaido. This was the one we went for since it had all the features we wanted (and more). 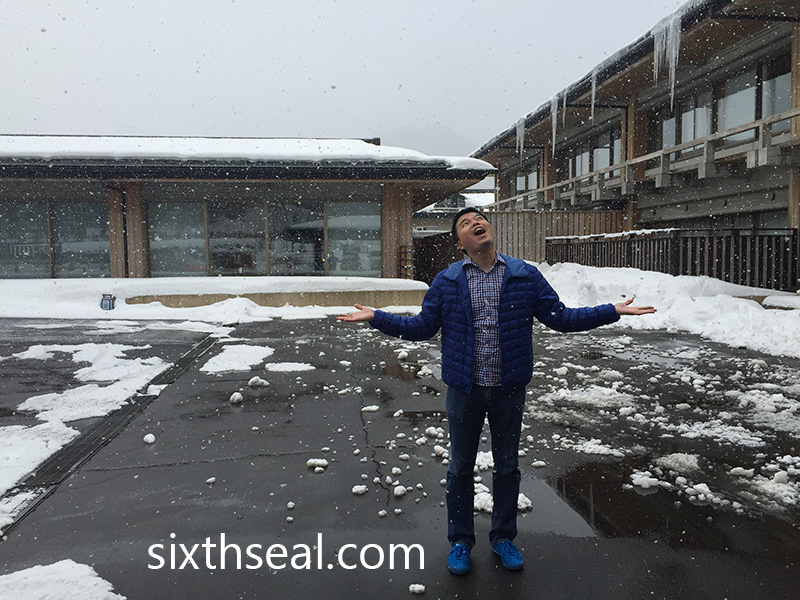 It was snowing very heavily when we got to Sapporo, which added to the charm. The ryokan will send a shuttle to pick you up from JR Chitose station. The driver didn’t speak a word of English but that didn’t matter, he was very polite and managed to identify us without much problems. 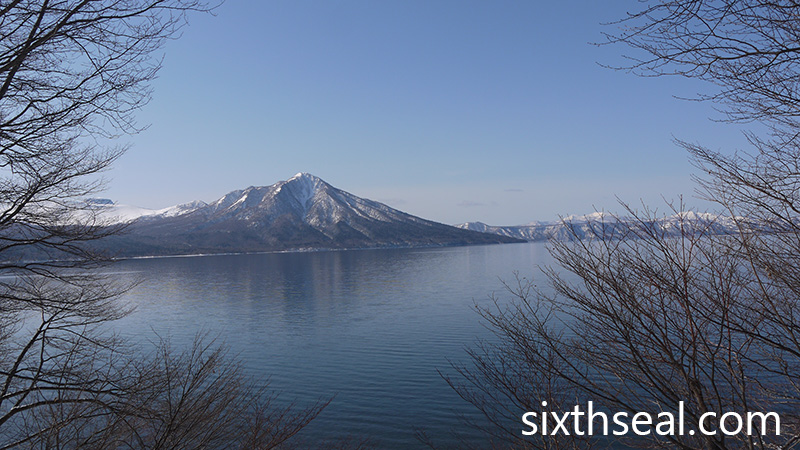 The drive to Shikotsuko Daiichi Ryokan took about an hour. It went through perilous mountain roads where road crews were constantly shoveling away snow and we saw an accident on the way up. A car managed to plow off the icy roads and into the snow bank, but I don’t think anyone was seriously hurt. 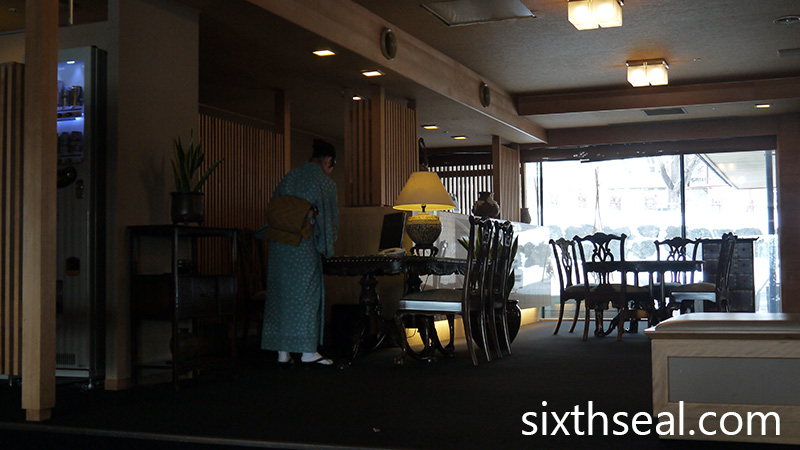 The ryokan itself is beautiful! The staff all lined up and bowed to us as the shuttle pulled up. 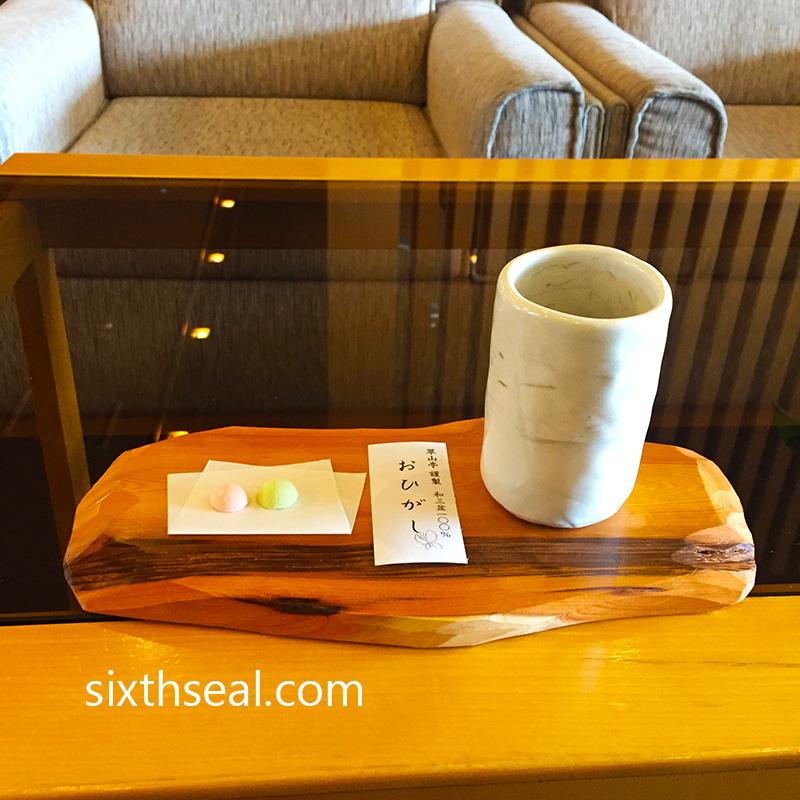 We were seated by the warm lounge as soon as we arrived and the owner served us traditional Japanese sweets with steaming hot tea. The check-in service was very personalized and very relaxed, everything was brought to us and we were made to feel very welcome with the hot towel and the staff ushering us to our rooms. 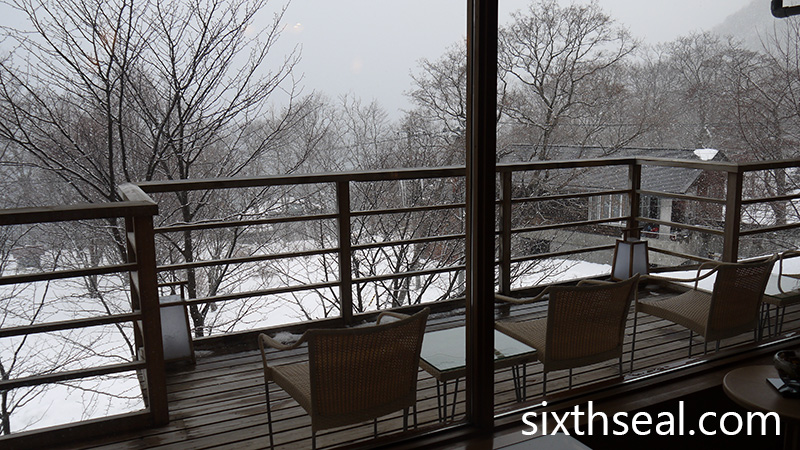 I wanted to have a private onsen session, which costs JPY 3,480 (about RM 150) for 40 minutes. There are public onsen hot springs but (I read) that people with tattoos are generally discouraged from visiting. It’s some yakuza thing, even if you’re not one, apparently your ink makes people uncomfortable. 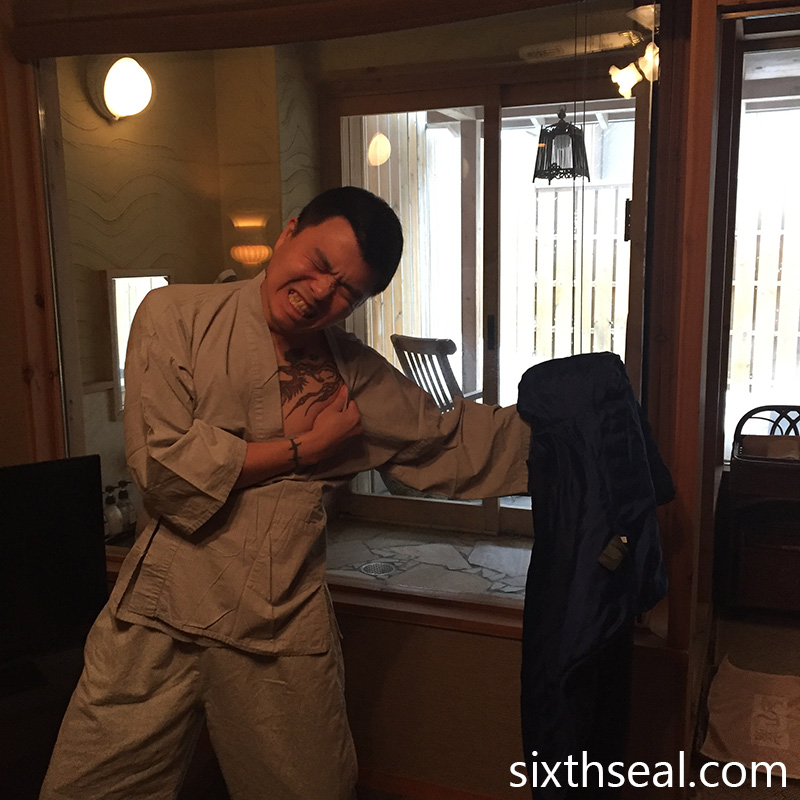 I didn’t test it out though, coz the public onsens are separated by sex e.g. guys are at one area and females at another different one. 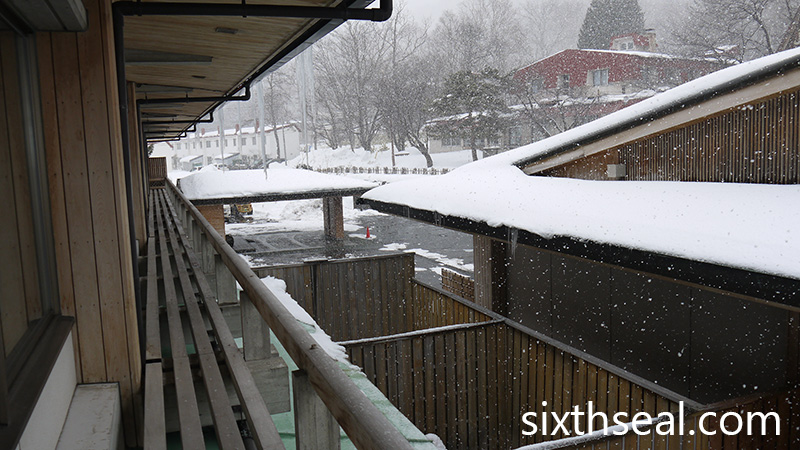 We wanted to soak in the onsen together so the only way to do that was to book a private onsen session. We made ours at 3 pm and after changing, we put on our yukatas and slipped on the hotel slippers before making our way to the private hot spring. 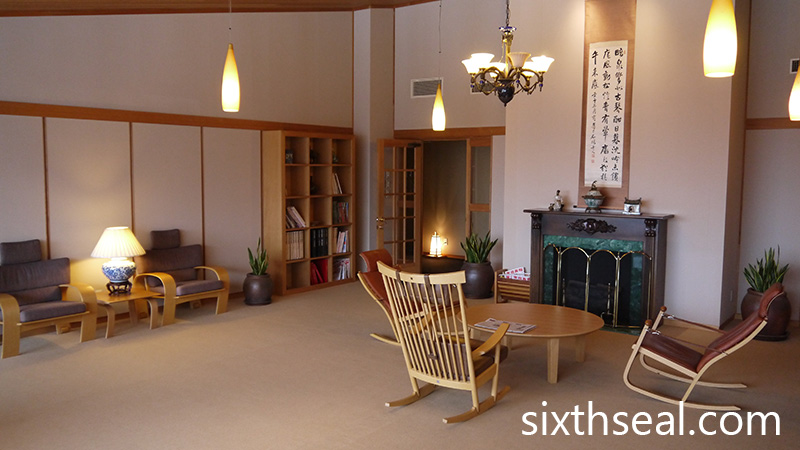 There is a wooden block you’re supposed to hang at the door to signal “Occupied” but since we had booked the entire place, no one would come in anyway. There’s a shower area with a small stool where you’re supposed to clean yourself before going in. 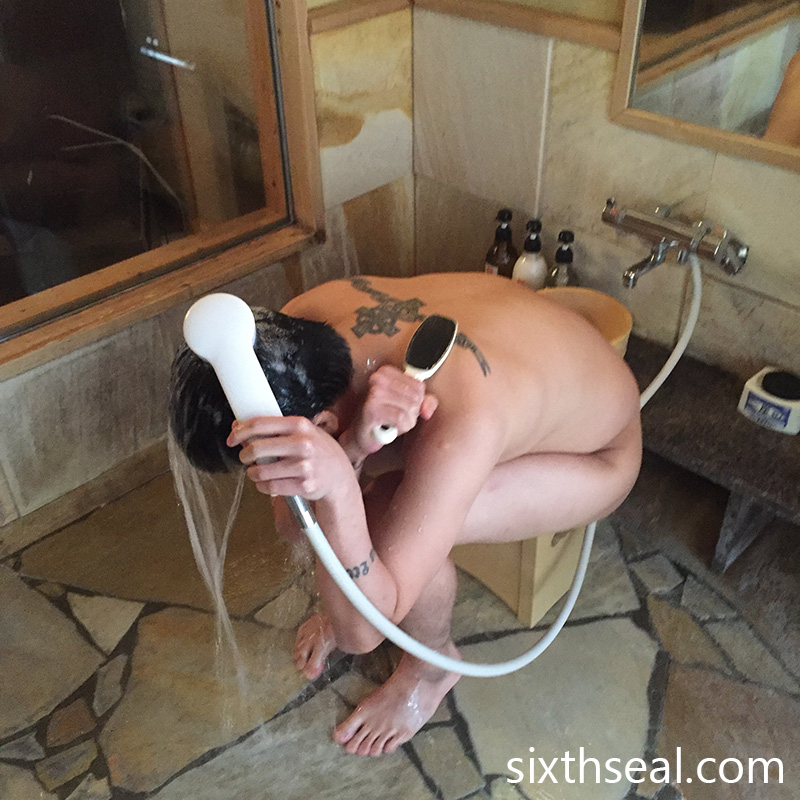 We took turns showering and washing our hair before slipping into the hot onsen. It was an amazing experience! 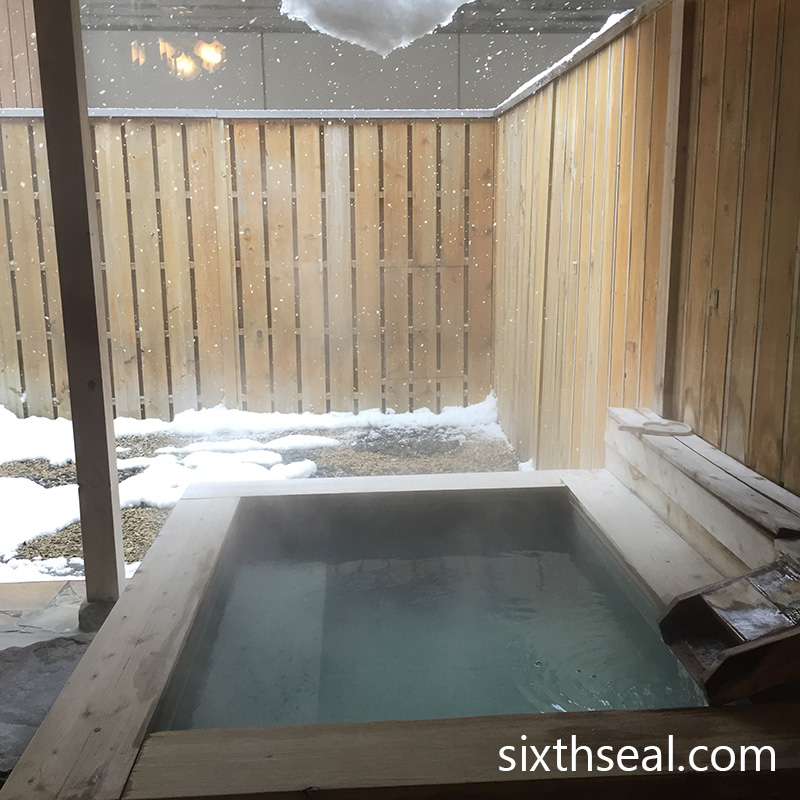 I must say, visiting Hokkaido in winter was the best decision ever! The snow was falling very heavily at the time so it was very cold. I think the temperature was -11 Celsius for the day. However, the onsen hot spring is SUPER HOT so it’s quite hard to soak in (at first). 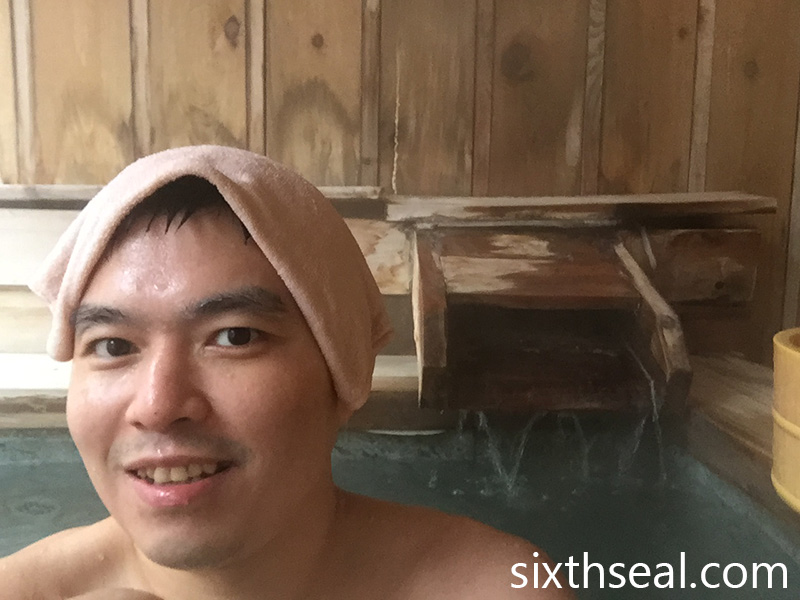 I had to slowly lower my body and my legs (and balls) were screaming NOOOOOO. Haha. It takes a while for your skin to get used to the scalding temperature in the onsen but we both did it. 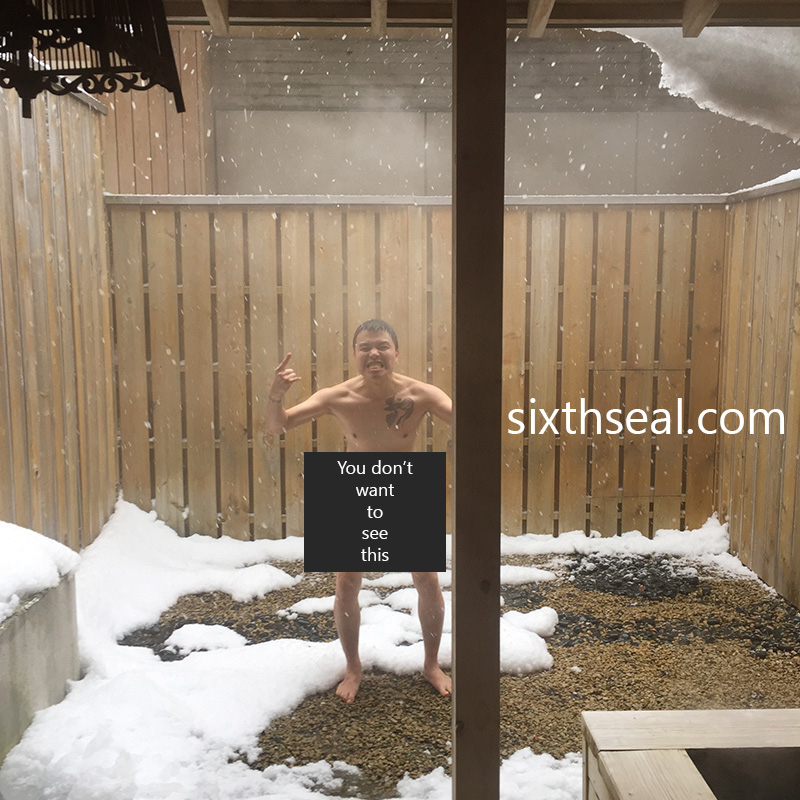 I have to say, the cold really does a number on some of your appendages. 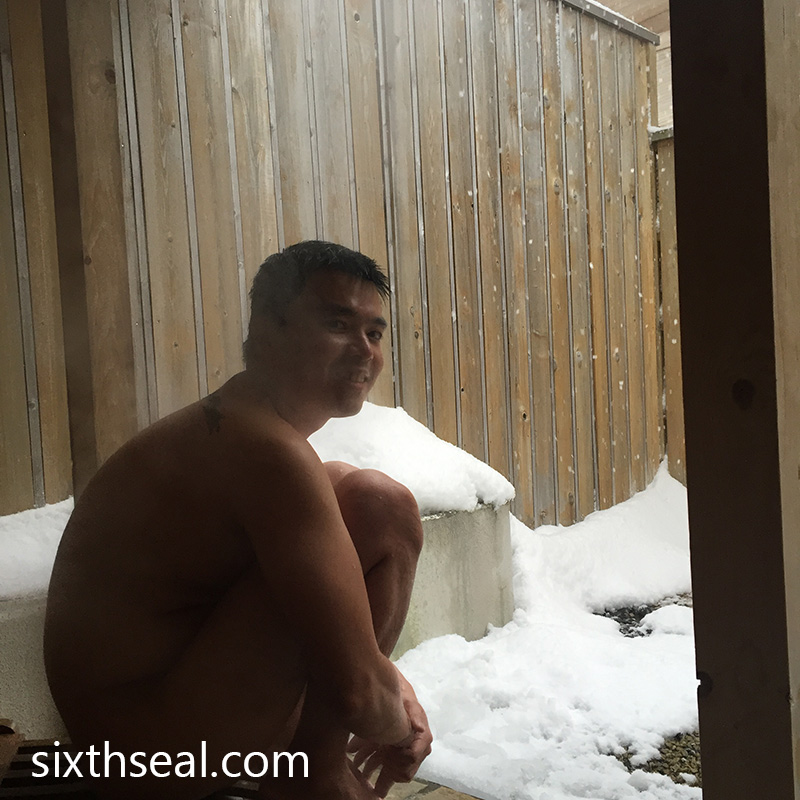 I enjoyed periodically jumping out of the onsen and lazing at the chair naked while the snow fell on my head and my superheated body slowly radiated out heat until I felt cold again. The process actually takes about 3 minutes, that’s how hot the water was! It felt good to cool off before climbing into the hot onsen again, not just for the extreme temperature difference but also coz I wouldn’t be able to sit in the hot water so long otherwise. 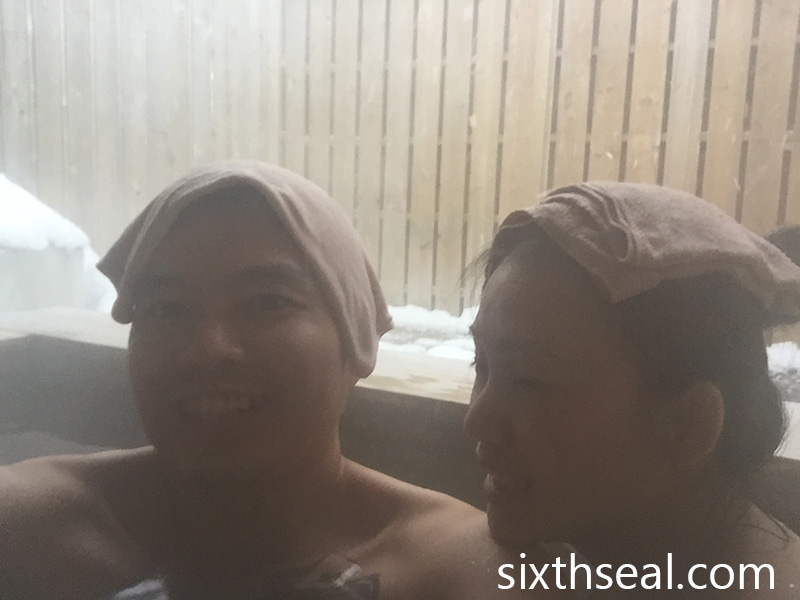 We both enjoyed the onsen experience. I still have a lot of fond memories of soaking in the water with my dear while it snowed heavily beside us. This ryokan is part of Jozankei Onsen and uses the area’s natural, mineral-rich hot springs. The view was mesmerizing! 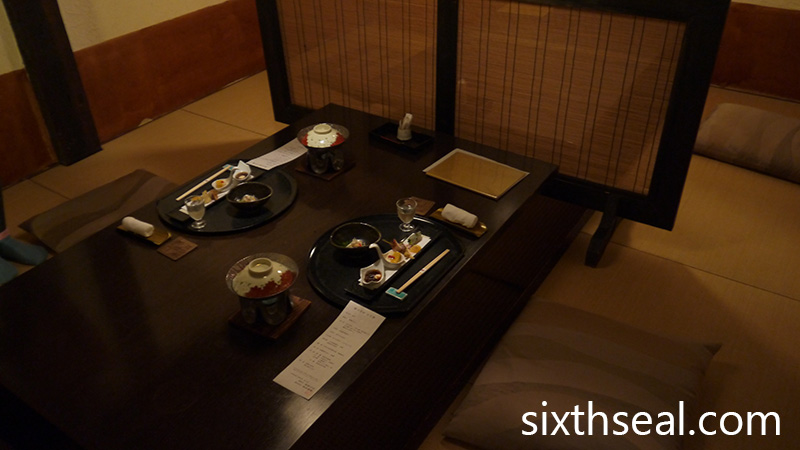 The ryokan also provided all meals. Dinner was scheduled at 7:30 pm. You can choose the time and we opted for this slot. This is a traditional Japanese full course dinner known as kaiseki ryori. The chef will come up with lots of different plates of food – from raw, to steamed, to fried etc and there are multiple courses. I’ll write a full post about the kaiseki soon! 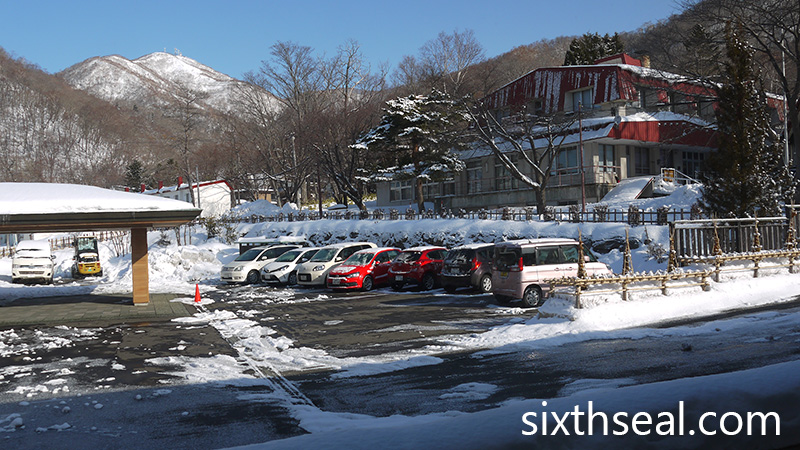 We also walked out to see Mount Eniwa and Lake Shikotsu the next morning after our (huge) Japanese breakfast. It was a trek through (knee deep) snow but we managed to take an awesome winter photo together. 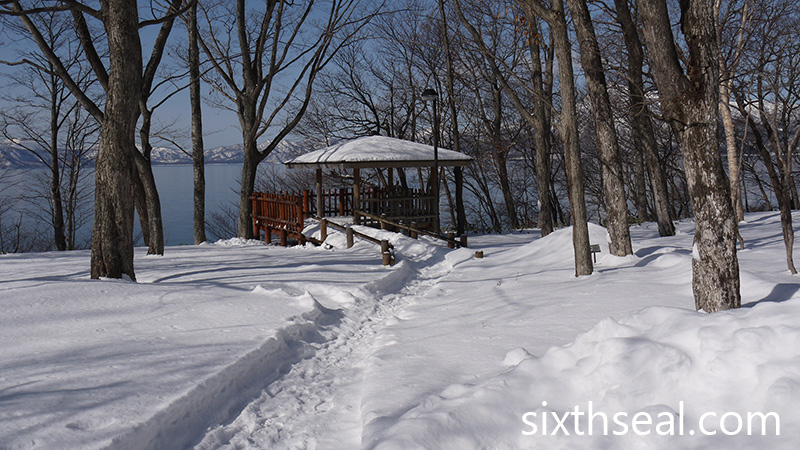 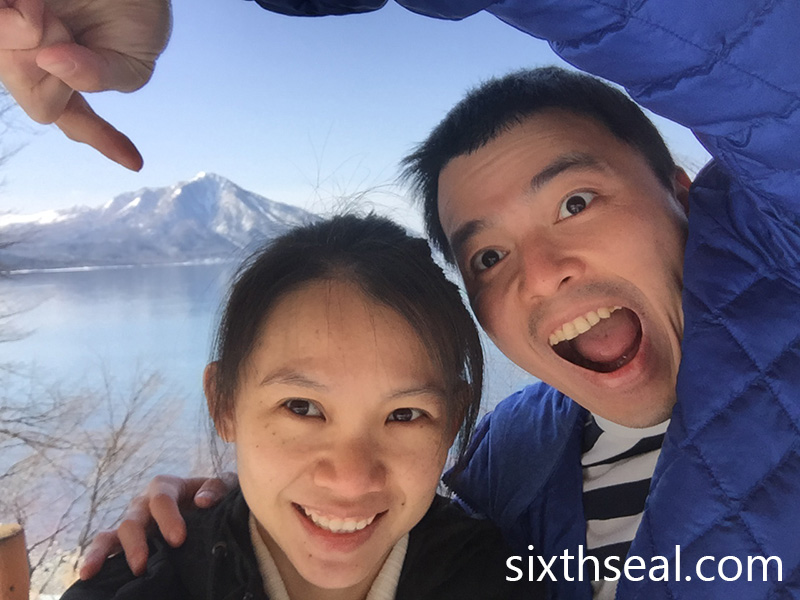 A visit to Japan without staying at a ryokan would be truly a waste for this is one of the classic Japanese hospitality experiences which you should not miss. It’s quite expensive (around RM 2,000 for a night) but well worth the price. 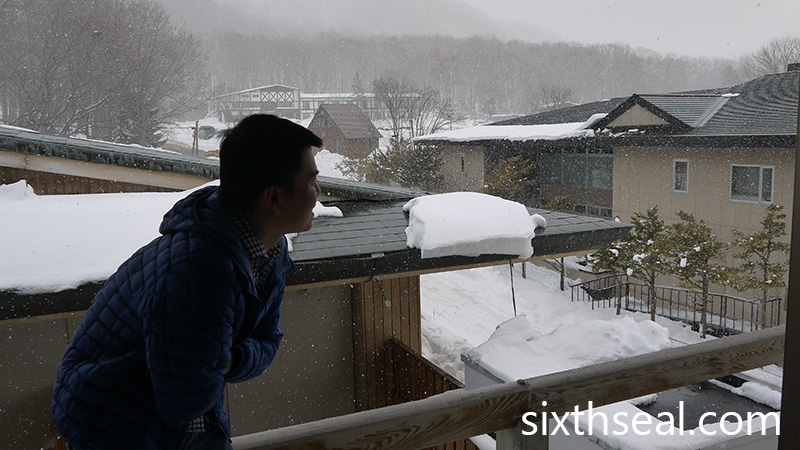 The entire ryokan experience was truly unforgettable. I highly recommend you stay at one for at least a night if you’re ever in Japan.

16 thoughts on “A traditional Japanese ryokan with onsen”