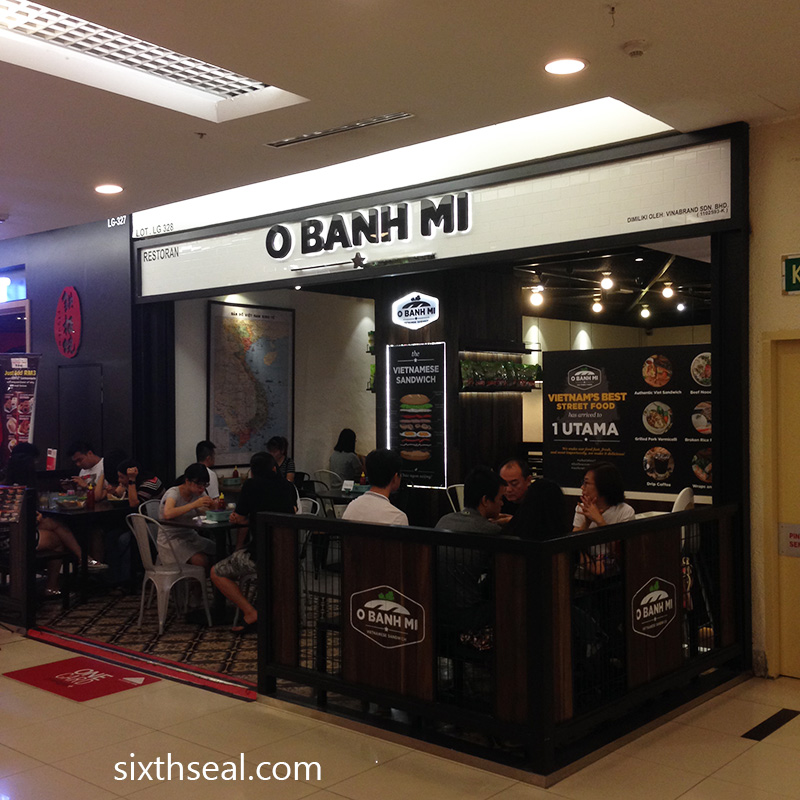 I want to eat bahn mi, my better half told me. “Pan mee?” I said, aghast. I hate the stuff. I had misheard. She meant the Vietnamese sandwich inspired by the French. We were at 1 Utama coz she wanted to look at mooncakes. O Bahn Mi is located on the ground floor and I thought I had been to one of their branches before (turns out not, that was quick bites). It also serves other Vietnamese street food. 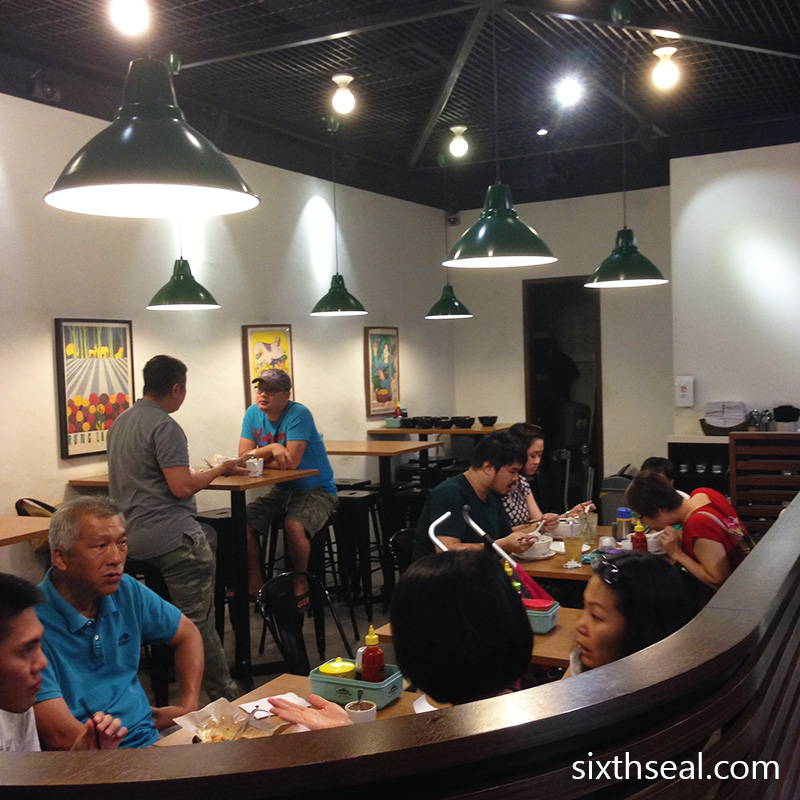 The place was packed on a Sunday morning which is surprising since the other F&B outlets were practically empty. O Bahn Mi is a popular destination due to their extremely quick turnover and relatively lower prices. You order at the counter and the food gets delivered to you a minute or two later. Besides bahn mi sandwiches, they also have pho and broken rice – one of my favorite Vietnamese dishes in Melbourne. 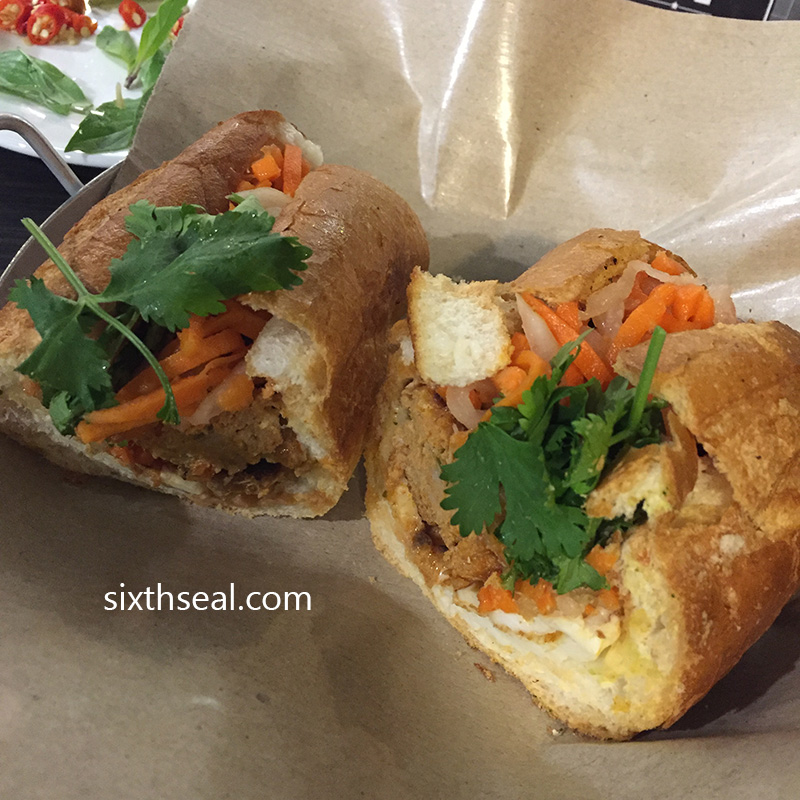 O Bahn Mi actually has a wide range of bahn mi sandwiches. This is one of their most popular ones. It’s served in a Vietnamese baguette about the size of a 6″ sub. I’ve been to Hanoi before and eaten this. We’ve also had bahn mi in Cambodia during our trip there. It’s a great option for breakfast, it’s sold out of carts in Vietnam and people eat it in the mornings. The one here is pretty decent too. 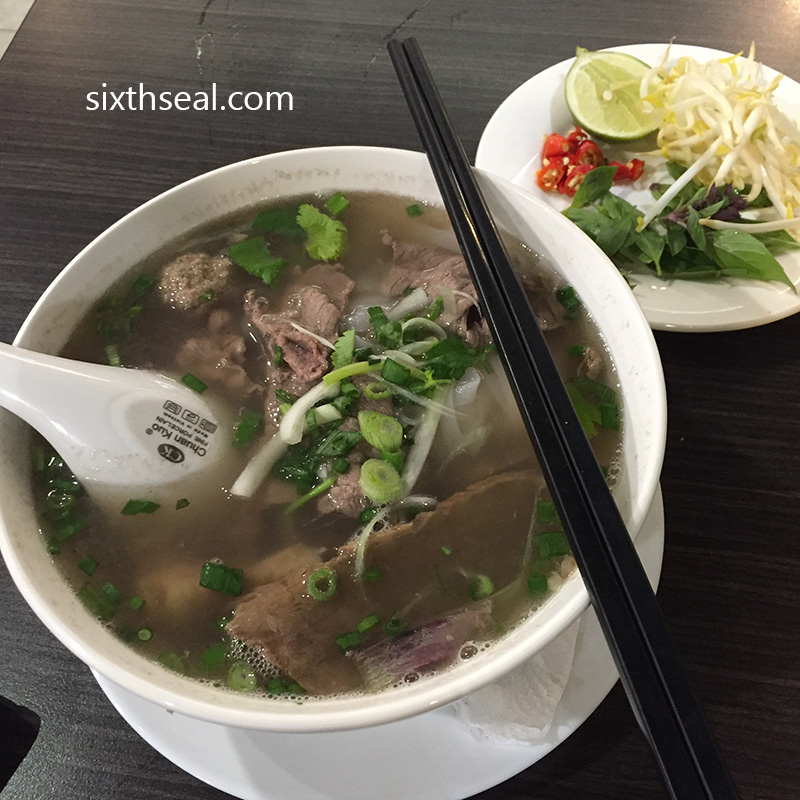 I didn’t feel like eating bahn mi so I had their pho instead. The pho at O Bahn Mi is awesome! The soup is beefy and has tenderloin, brisket and meatballs inside. The also serve lots of herbs and aromatics on the side, including Thai basil. You really need this to make the pho better. A lot of places skimp on the fresh herbs and it’s not the same without it. This place makes it right. Delicious! 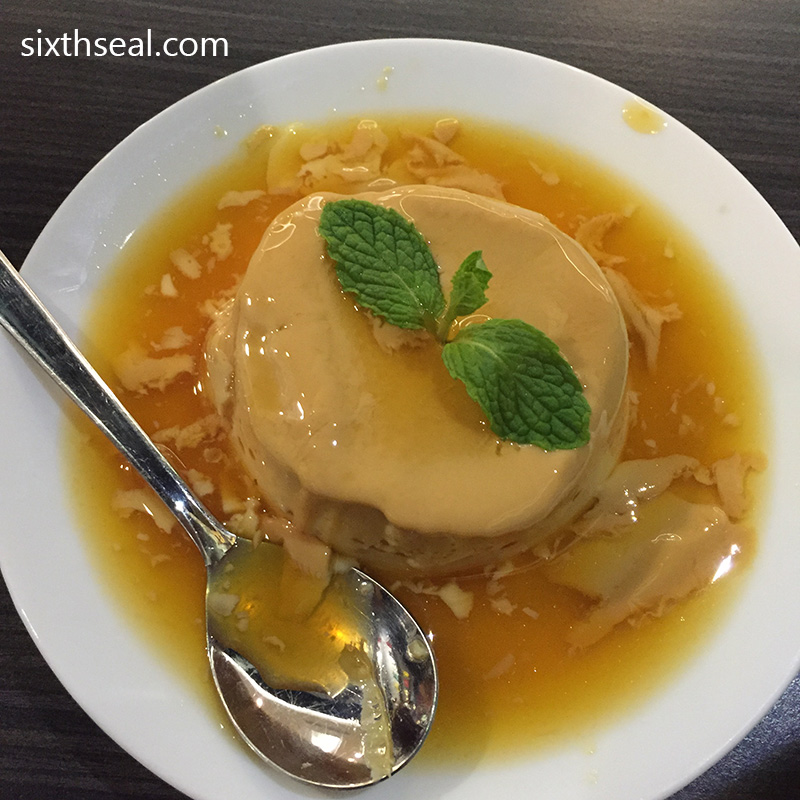 I love crème caramel. It’s actually a very common desert in the 80’s in Malaysia but not everyone knows that. Our house had a box at all times and in the past, coffee shops would serve this. Nowadays it’s very rare to find it while eating outside except at Ramadan bazaars. I’ve only seen it once when my dad came over to visit. We went to a random place and found it on the menu. The sprig of mint on the dessert adds a lot. 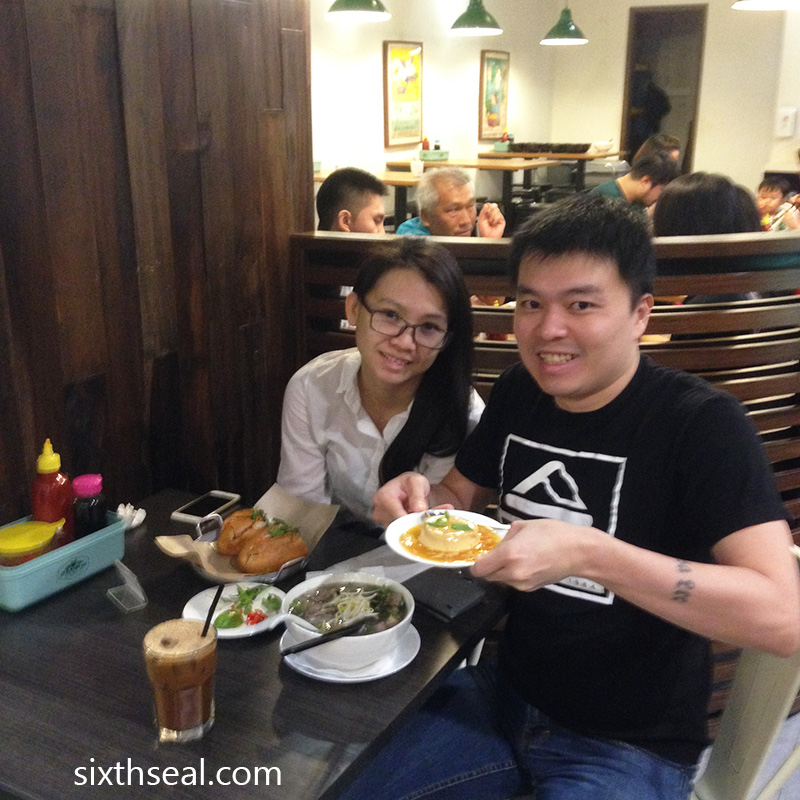 I didn’t realize it at the time but they only charged me RM 1 for the Vietnamese coffee by upgrading me to one of their meal sets instead of charging it separately, which would have cost more. The meal for the two of us cost RM 31.60 at O Bahn Mi. It’s very reasonable compared to our usual brunch bill. The food is pretty good too. There are so many pho places nowadays compared to a few months back and there’s no one happier than me by this development coz I love pho!