I feel like the 14th day is the usual time you break through the tough part. The past two weeks have been hell and I still have terrible insomnia (which is a special kind of torture) but all other withdrawal effects have pretty much subsided. I still have occasional bouts of the chills and sneezing as well as diarrhea but it’s nowhere near as bad as the past fortnight. I have only had 8 hours of sleep since Day 1 and that was with promethazine (and a cocktail of other first generation antihistamines). 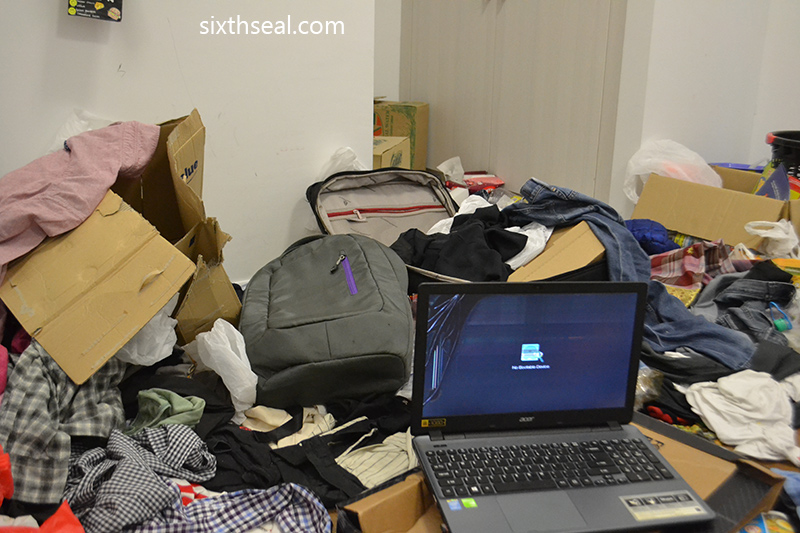 Unfortunately, I got a bad case of akathisia (state of agitation from antipsychotics, promethazine can elicit this effect) from all that. It was so bad I felt like I was going crazy. I thrashed my entire room and kicked in my TV and notebook. I’m not the type of person to rock star trash rooms and I’ve never done anything like this before. I also bit myself on my arms to get some relief from the intense akathisia and paresthesia. It was so fucking intense I couldn’t believe it. It’s like you accidentally took a deliriant with a super heavy body load. I knew I shouldn’t but I pulled all my clothes out of the wardrobe, threw instant noodle packets to the fan, tore blankets and bedsheets with my bare teeth and just went Hulk on the entire room.

I love the photos and videos and assorted data I have in my notebook and one part of my mind was telling me “Don’t do this, you’ll regret it” but the other part, the dominant part, smashed my notebook anyway. I had to go buy a new one yesterday coz the screen is smashed and the hard disk was non-functional after being kicked around the room. Jesus fucking Christ. It’s not just akathisia of the body but of the mind, I felt like I was possessed by a stronger willed being which was causing me so much discomfort and downright insanity that I had to do something to relief myself.

Of course, there are no such things as beings and possession, I’m merely using an analogy to describe how I felt. I didn’t dare take any after that but after not sleeping for 2 more days after that I popped 3 x 25 mg promethazine again and managed 3 hours of sleep last night. I also had TERRIBLE akathisia but knowing the carnage I left that time, I was smarter and locked up all my electronics (especially my new notebook!) and the destruction was minimal – mostly just tearing up blankets with my teeth and biting myself and punching and kicking walls. It’s hard to tell yourself not to behave like that coz the overriding imperative from the akathisia is so strong. It’s hard to explain coz you already get RLS and akathisia from opiate withdrawal and this is excarberating it.

The reason I was taking mild sedatives was coz I didn’t want to take benzos anymore. I was wondering why my benzodiazepine withdrawals were so mild when I quit earlier this year. I had some bad effects and seizures for a few days and a few bouts of rage where I had to physically restrain myself from kicking someone’s ass for no reason but otherwise it was quite easy. Well, I found out later (now) that it was coz the Suboxone was masking most of the effects and making me chill and calm and still able to sleep. Thus, the intense withdrawals of Suboxone I’m feeling are also mixed with the tail end of benzo withdrawal which I masked with opiates. Fuck…

Oh well, things looks quite positive now though, I’m going to force myself to sleep with promethazine every 3 days or so and ride out the akathisia, It doesn’t feel like it’s worth it when I’m feeling it but after I get rested I think it’s all good. The worse of the Suboxone withdrawals are over, just the insomnia part and the depression and the anxiety. The last two I can deal with pretty well due to my long term usage of benzodizepines most of my adult life and the process of withdrawing from that so it’s not too bad. I just want more sleep and I’ll be normal again. It’s not too bad. I’m glad I did it. I’m glad I quit Suboxone but it’s definitely not something I want to repeat. The past week has been a nightmare, the worst thing I’ve been through. Even though heroin and OxyContin withdrawals are worse, you don’t feel it as long – would you rather lug a 5 kg bottle of water for 1 day or a 1 kg bottle of water for 14 days?

Most people would rather do the former coz it’s easier and there are ways to get over the shorter duration. I wish I hadn’t gone on Suboxone when I wanted to quit heroin and OxyContin but it was a government approved thing at the time and I wanted relief. I would have told myself to tough out the few days instead of the fortnight if I could. I’m better now so there will be no more updates. You can withdraw from Suboxone, I jumped from 4 mg daily which is a relatively high dose to quit from so try something less if you want the symptoms to be less intense. Peace out!

Addendum: I got 2 hours of sleep last night au naturel without antihistamines or any other sleep aids. This is the last post I’ll make about this, things are really getting so much better now so if you feel like you’re going to give up, just wait till Day 14 and reevaluate coz I promise things will look so much easier after a fortnight.