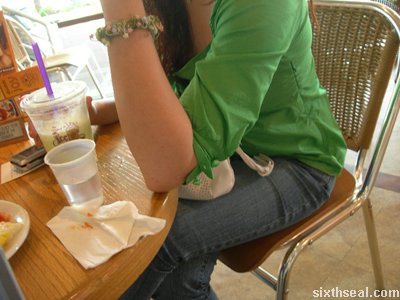 I’m too tired to post, I feel like throwing up all the time and I haven’t slept or eaten in days. I’m looking forward to this impromptu meet though coz it’s a road trip of sorts. I’m flying to JB later in the morning to meet up with a Singaporean girl (I didn’t want to go to Singapore just in case I look (un)worth enough of a urine drug test) before getting tickets and going straight to Genting Highlands. I’ll post again later today if Genting has Wi-Fi. 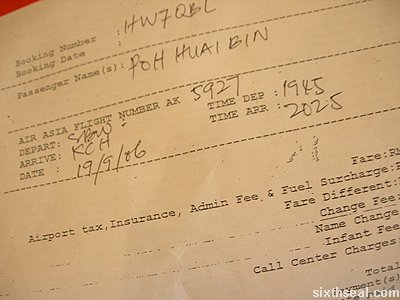 I have not slept nor eaten (except juice which gave me horrible acid reflux) for several days. I can even see a pair of socks under the table which morphed into a whale and then became a bundle of leaves tied together. It only happens when I’m concentrating or talking (used nitrous recreationally and lose my train of thought before asking again with regard to the subject). 😉

I’ve been sleep deprived almost every day and I get Risperdal 6 mg combined with Remeron 45 mg. The high is compounded with heroic doses of tramadol (500 mg) and codeine (600 mgs) and the highlight of the show was the only thing that is suppressed not sleeping.

I’m taking Concerta, Ritalin and phentermine since pentermine is easy to get and it’s goes for 50 cents per capsule at that place I told you about. I’m flying off to JB early this morning, fly again to KL again before going to Genting Highlands for a break from everything.

I’m on enough diazepam to kill a small horse in my system. I just took around 45 x 10 mg and 3 x 2 kg ) tablets of clonazepam and apparently my mom told me I was sleep walking and wanted to go to McDonald’s and also talking to myself on a cell phone (!) swear I had my friends on the “cell phone” to talk crap with. It was so bizarre coz the weird visuals were not over yet coz I saw my dad praying in the corner of the room but when I looked there was no one there. 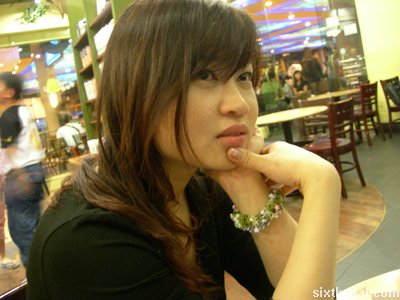 It’s not even an isolated incident; I did that air phone thing at least 20 times. My mom is worried about my nocturnal habits. I think it’s nothing but then again that’s moot since I’m going with a friend

I hope they have Wi-Fi over there…

P/S – I did that imaginary “cell phone” to call and they actually answered in the perfect pitch and timbre, I swear to God they are so real. Sleep deprivation visuals are fun.

OMG! I read the escalator and I’m going so late, which is a Bad Thing (TM).

I’m still waiting for my McDonald’s order, did I order or was it closed?