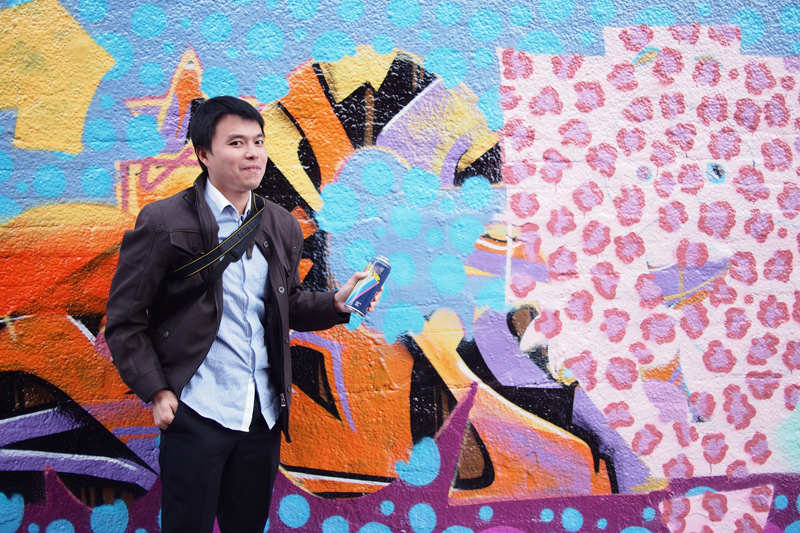 sixthseal.com has been online since April 2002 and is one of the pioneers in blogging. Huai Bin, the blogger behind sixthseal.com, started chronicling his experiences when he was studying in Melbourne, Australia. His aim was to be the first weblog with daily updates and photos, which was a feat back in the days with low digital camera proliferation and high domain and hosting costs.

Born on the 5th of April, 1981 Huai Bin has been exposed to different cultures at a relatively early age, gaining a New Zealand permanent residency at the age of 13 and going to high school in Christchurch, NZ when he was 15.

He continued his education in Australia, spending over 4 years there and accumulated a lot of life experiences due to his novelty seeking nature and devil-may-care attitude. The coverage of SEXPO, the biggest sexuality and alternative lifestyle expo in Australia, during the first year of starting his blog has earned him accolades and a feature from the organizers at their official site.

sixthseal.com has covered various international events such as the Melbourne Open Grand Slam tennis championships to the WWE sports entertainment Global Warning Tour which features Dwayne Johnson a.k.a. “The Rock” within a year of the blog’s inception. He has also started various forums and sister sites under the sixthseal.com brand umbrella.

His wanderlust has also brought him to various parts of the world, backpacking through Europe four times and going to out-of-the-way places like Georgia and Latvia, far from the usual tourist spots. Priding himself as a traveler and not a tourist, he’s been places as varied as Sri Lanka and China, all the while meeting new people and gaining new experiences which he has faithfully blogged about.

In the meantime, his writings about various awareness campaigns has earned him one of the first recognitions by mainstream media in 2004 by winning the Grand Prize in the new category of Non-Traditional Media (Blogs) in the Red Ribbon Media Awards for HIV awareness, presented by Marina Mahathir, Dr. Mahathir and the then Prime Minister Tun Abdullah bin Haji Ahmad Badawi.

Along the way, he has also been featured on TV talk shows such as NTV7 The Cube and blogger reality show Project Alpha on Astro as well as being on-air in various radio appearances in RedFM and Bernama Radio 24. Traditional newspapers such as the Singapore’s The Sunday Times (Sunday edition of The Straits Times), The Star, Sin Chew, Eastern Daily (ex Sarawak Tribune), Borneo Post, Harian Metro and various other papers as well as magazines from as far as India has also featured sixthseal.com.

He has experience as a guest speaker at blogger conferences such as Nuffnang Blogopolis Malaysia 2012 as well as being a finalist for for the exclusive Nuffnang Asia-Pacific Blogger Awards for Best Lifestyle Blog.

Having been engaged to travel to places from Australia to Germany by clients, he has steadily matured and focused his writings to appeal to a wider audience and with his zest for life has successfully gained a steady fan base by continuously blogging for more than 13 years.

A selected list of clients
Lufthansa
Engaged for a trip to Frankfurt, Germany to highlight their new route in 2014. Also wrote for the luxury hotel chain Kempinski in Germany.
Microsoft
Key influencer for Travel at the Windows 8 Singapore regional launch on the 25th of October 2011.
Volkswagen
Engaged for numerous campaigns and the only blogger to go for a trip to Germany in 2012 to write about the transparent factory in Dresden and the city of Autostadt in Wolfsburg.
AirAsia
Given free flights for one year and involved in various campaigns from trips to Australia to regional ones.
adidas
One of the main sponsors for Project Alpha (Season One and Two – a blogger reality show) and engaged for
campaigns with the brand.
Baskin-Robbins
Long term engagement for Baskin-Robbins Flavor Election and multiple appearances for an ice cream giveaway.
Tourism Australia
Strong working relationship with Tourism Australia and regional Tourism New South Wales and Tourism Queensland with the first trip in 2012 and the second one in June 2014 to promote the region.

On a personal note: In addition to blogging, I do commercial freelance writing outside of blogging (ask me for rates) and can be contacted at sixthseal@gmail.com.

Promotional reviews and write-ups for travel destinations, including tourism and hotel/F&B/airline event invites for the blog are done at no charge, and I request that I can bring a +1 companion/partner. In cases where my partner is unable to take leave, I will be available to travel solo. There will be a disclaimer stating that it’s an invitation and full editorial freedom will be retained.

For travel invites, I can be reached at sixthseal@gmail.com. I do not do food reviews as I feel they are inherently dishonest. All food reviews on the site are self-funded and not invites.