Astraware Bejeweled Birthday Giveaway [astraware.com]. Basically
anyone that enters the “contest” will win a prize. 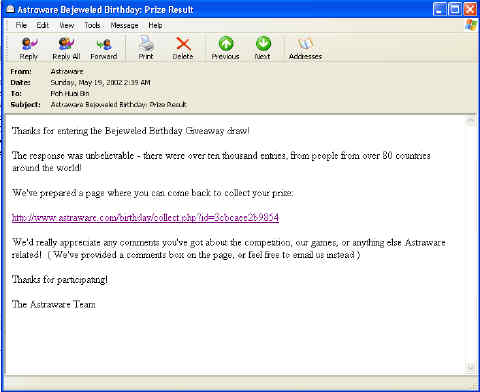 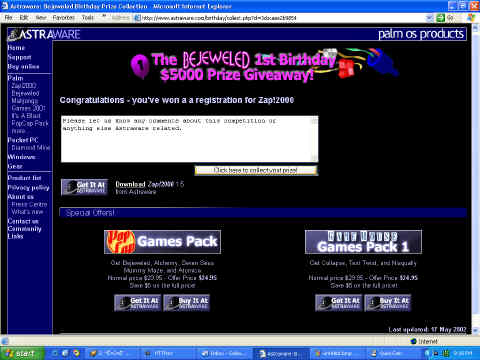 Zap! 2000 – A game for Palm, which I already have (albeit mine is a warez
version). But it’s still nice to win an official version. After clicking
on the link: 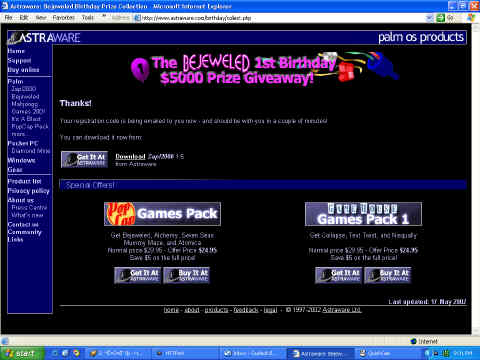 I was told that a mail will be sent to me with the registration code. 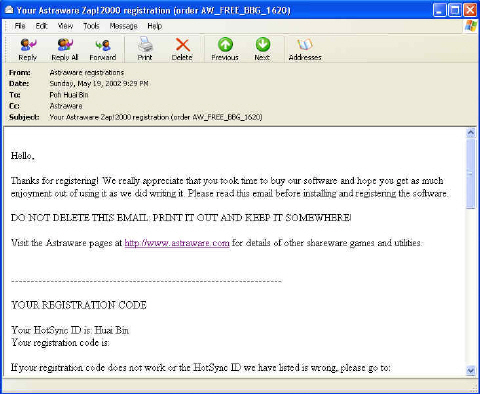 I received a mail with a download link and my registration code. This is
version 1.5 of Zap! 2000, which has three versions – grayscale, 256 color
and 16 bit color. Apparently, v1.5 is supposed to run faster on the m505
and other Palms. 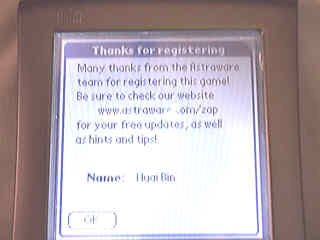 Synced it to my Palm and registered using the reg code that was provided. 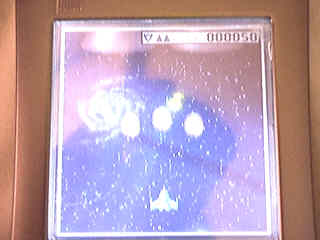