Headed out to see the Borneo Post editor today. I feel like writing something to be published. I
went to the wrong office though, I thought it was the one at Sungai Antu but that’s the printing
press and management offices. The editorial ones are in town, above Ta Kiong. I was surprised to
see that the offices are all equipped with Macs. Rows and rows of Power Mac G4s, even the editor
was using one. Guess Wintel is not in vogue with the publishing crowd. 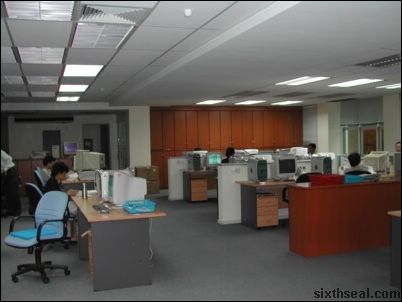 Anyway, I was interested in covering crime scenes and such, but I hear you need police
connections for that. I was relegated to doing public interest articles…I haven’t thought of one,
but I’ll crack out my word processor and write one up when I’m in the mood. Anyway, I headed back
to find out that I’ve been ticketed (again) by those damned SMC ticket inspectors. 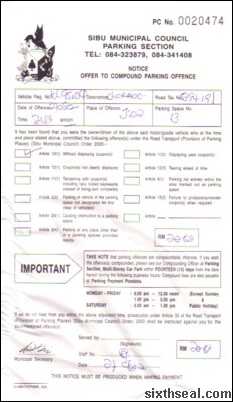 Hmph…luckily this kind of parking ticket does not involve demerit points, just a fine. The
police issue ones comes with 10 demerit points free of charge. Parking here involves coupons, which
are displayed at the windshield, and I neglected to put one up before I left the car.

Well, I headed off to Wisma Sanyan after that to get something to eat and develop my photos. I
brought my scanner back so I’m in the process of scanning all my film prints this holiday to
archive them. I also picked up a couple of pirated VCDs, I saw that the newer ones are much clearer
now and the sound is slightly better too, compared to those gnarly ones a couple of years back.
They cost RM 5, which is slightly less than A$ 2.50. Back in the days, these VCDs often has people
standing up, coughing, cell phones ringing and other assorted noise. It’s because they are filmed
using a camcorder in a cinema. The newer ones doesn’t have this problem though, I wonder what
changed in the filming process. 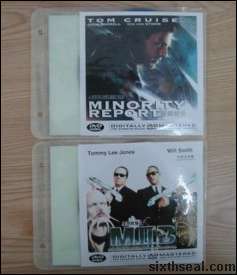 The Minority Report and Men In Black II

Site update: Due to popular demand (okay, no one requested it, but I wanted to do it anyway)
I’ve put up a POTD Archive.

Edit: Obsolete link removed after the move to Movable Type