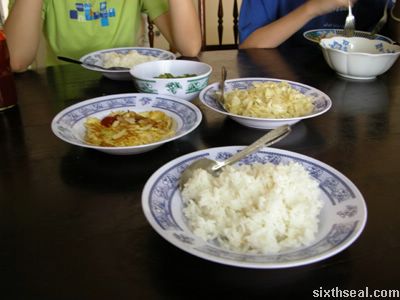 Yes, I’m off the unemployment line. :p I will be with XM Malaysia
starting tomorrow. I got a call from HR while I was having lunch with
my gf and her room mates. Anyway, the job means I’ll be engaged from
8:30 am – 5:30 pm (at least). This would probably not affect the
frequency of the posts if anyone who’s aquainted with the KL public
transport system could be so kind as to tell me the easiest way to get
from Medan Damansara (Jalan Setiabistari) to Jalan Sultan Ismail (at
Hotel Mutiara). 🙂

The KL Monorail is not in service yet, or else I know there’s a
station very near the office building. Anyway, I’ll be taking a taxi in
the next few days to get to and from my work place, but it would be
nice to use a cheaper form of transportation considering I’m being
offered RM 1,500 per month. Well, I don’t even know what this road
connects to, but nevermind that, LRTs and buses would come later, going
to catch a cab these few days. I don’t have a car in KL.

Anyway, the photos of The Tallest Book Tower in Malaysia and The
Largest Jalur Gemilang made with push pins in Malaysia would be up
either later tonight or tomorrow, I gotta sleep earlier since I
probably would need to wake up at 7 am or something coz I don’t know
how far the office is from here. Now who’s up to enter the Malaysian
Book of Records? We could make the largest Jalur Gemilang with
er…Panadol tablets or something.