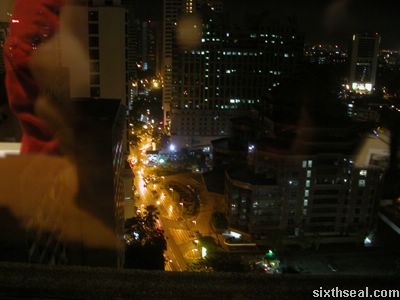 There was once a gang which was called “Black Kingdom”. The decision
to form the gang happened at one of the most unlikely places and the
rise and fall of one of the Asian gangs in Christchurch, NZ in 1996
would be documented through the eyes of Kevin, the protagonist and
narrator in this fictional story. Kevin will be referred to in the
first person in this piece of writing. The story will start from the
very beginning – orientation day at Riccarton High School. All names,
places and events are entirely fictional and any resemblance to actual
events is purely coincidental.

I was 16 and I was sitting at a desk in front of a classroom waiting
for orientation to begin. It was my first time being so far from home
and without parental supervision. The day was cold and everyone was
rather silent…except for two Malaysian guys talking and acting in a
boisterous fashion at the back. Suddenly, a guy sauntered in, wearing
the blue jersey of Riccarton High School and grinned at the two guys at
the back and loud greetings were exchanged. I found out later that they
were not new to Christchurch – they were all ex Hornby High School
students.

Orientation begins and a guy called Gerald from Kuching seemed
intent on befriending me, while I was more interested in hanging out
with the other guys. I also got to know several other people during
orientation, which will be minor characters in this story. There were
mostly girls from Kuching, interestingly most of the orientation batch
are Malaysians. There was also a short guy from Thailand who we called
Dang. He had a really cute Japanese girlfriend called Shinobu.

The cast in this story is convoluted, so I will compile a List of
Characters as a reference at the end of every chapter and it will be
updated when more people are introduced. Gerald, a tall, stocky guy
from Kuching stuck to me like glue. I was immature at that time and I
wasn’t interested in befriending him. However, we did get to be friends
due to taking similar classes. I also had classes with the two guys
from Kuching – Ah Bi and Richard. We could choose our subjects in New
Zealand high schools.

The first few weeks were pretty uneventful and boring. I hung out
more with Kiwis than Asian people because I took Form 6 English while
the others were taking ESL (English as a Second Language). Sam, one of
the most popular guys in school took me under his wing when I went for
this drama audition where I didn’t know anyone. Sam is Eurasian, but he
looks Caucasian and due to drama practice, I got into his circle of
friends, the majority of which were Kiwis.

Sports day came along and even though I didn’t feel like going, I
dragged myself out of bed and went. Like I’ve mentioned, my friends
were mostly Kiwi and this caused some resentment from certain Asians
because they thought I was “too good” for them. I remember my first
encounter with Ah Boon, the guy who sauntered into the classroom during
orientation day. I was walking to the toilet when he called out:

That translates to: Hey, look at him, he’s so arrogant, he doesn’t mix with us Asians.

I looked at him and saw him grinning at me. Ah Boon is a relatively
tall guy from Kuching of slim build. He has a tendency to describe
himself as yen tau, or handsome in Hokkien. It was all in jest though,
so no one minded. He was good looking in a clean cut way, though he has
long hair all around his face. His hair was straight though, and it
frames his face well. I noticed that he’s now hanging out with three
guys named Tom, Aaron and Chen (all Taiwanese) instead of the two
Kuching guys from before.

I couldn’t think of anything to reply him with, so I smiled back and
walked towards the port-a-potties. He wasn’t dissuaded though, he
immediately nudged Tom and said “lu kua, bo chap eh, tik tik gia”
(“Look, he’s not even acknowledging us, walking straight away”). The
phrase was said in a friendly and harmless way, which is known as
“gek/kek” in Hokkien as opposed to “suan” which implies malicious
intent.

I liked him instantly. Most people do, due to his accommodating and
pleasant nature. He’s what one would describe as “wei peng you si”. The
direct translation is “willing to die for his/his friends” and it’s a
phrase that means a lot in Asian culture – someone willing to go out of
their way for their friends.