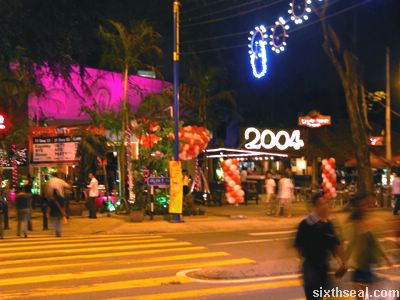 It’s less than one hour before the end of 2003. This year has been
interesting, for the lack of a better adjective. I was still in
university at the beginning of the year. It’s the end of the year now
and I’m in the workforce and I haven’t been fired…yet. 😉 It’s the
year of transition – from studying to working and I’m still learning
the intricacies of this different life. 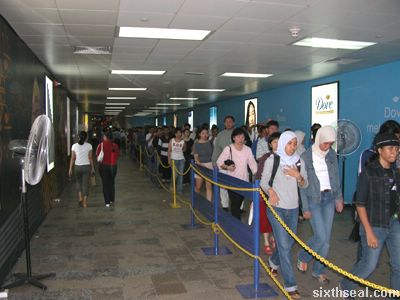 I’m sitting at home right now – it’s the second year in a row that
I’m not out for NYE celebrations. This time is because my gf didn’t
feel like going out, plus I’m tired from work so we’re just chilling
out at home. I think we’re in the minority though, as the photo above
shows – that was taken at around 9 pm at the KLCC LRT station. The
incoming (into KL city) human traffic is much voluminous than the
trickle of outgoing traffic.