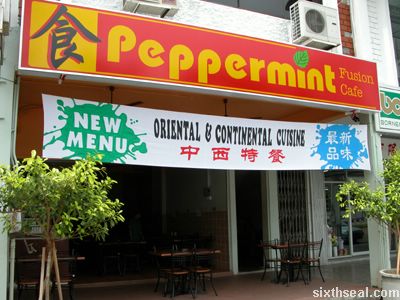 Peppermint Fusion Cafe is an eating establishment offering Oriental
and Continental cuisine. They have a wide range of offerings on their
menu. Here’s a shot of the interior: 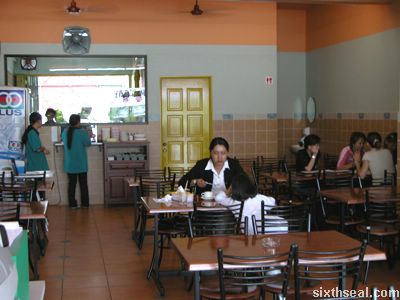 The establishment seems to attract a wide range of clientele, the ones which we noticed:

1. One mother and son. The mother was trying to get her son to study
and was admonishing him in a rather voluminous manner about the
mistakes he made in his most recent test. The mother in question
apparently found the test results unsatisfactory for a child of her
caliber.

2. One group of females comprising of about 7-8 women in their late
20’s. They were talking about some trivial thing in Hokkien. The
conversation sounded inane…

3. One couple. They were apparently executive level white collar
folks, talking about their respective lines of work. I just realized
something – the major races of Malaysia was represented in that very
moment in Peppermint Fusion Cafe. The mother and son patrons were
Indian. The females were Chinese, and the couple is Malay!

That went way off tangent, my apologies, there is elevated of CHT
(ass backwards) activity right now. Here’s another photo of the
interior for you to have some idea of what the ambience of the place is
like: 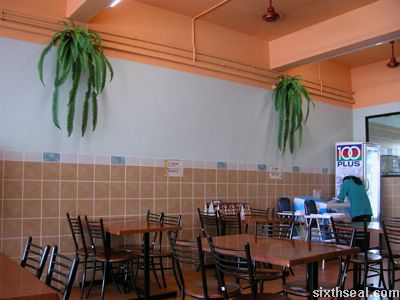 Back to the food, here’s what I ordered for the drink. 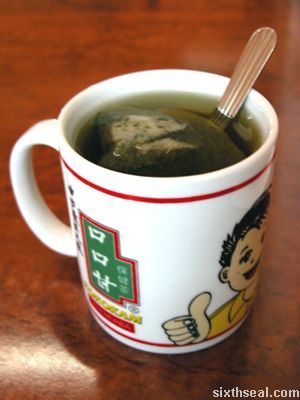 I figured it was appropriate, considering the name of the eatery. This is what our starter was: 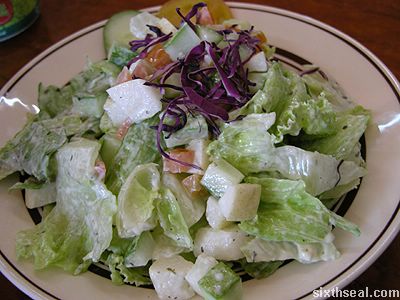 We shared this, though I admit, I don’t really like vegetables and I
wasn’t exactly hungry right then. It does have a nice peppering
of…er, pepper on the garden salad, which lends it a rather nice tang.

This is what my dining companion had: 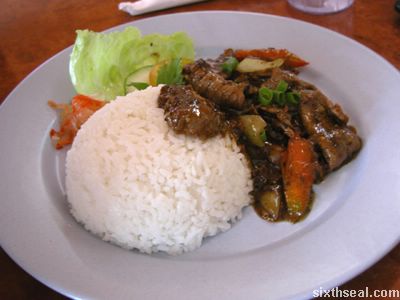 She commented that it tasted nice but was a little too salty. I had
a bite of that, but did not find it salty. It should be noted that I
like salty stuff, so only the hardiest of salts (or would that be
saltiest of salts) will get my seal of approval, and this one gets my
nod of approval, which is different from a seal. 😉 It is salty enough
to taste nice to me, but I wouldn’t say it was too salty.

This is what I had: 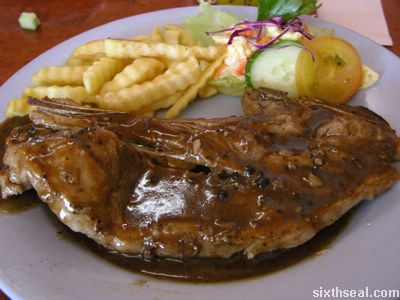 I asked the waitress what their specialty is and she pointed this
one out. It should be noted that this is the most expensive item on
their menu. Heh. All jokes aside, I found it pretty nice, as did my
dining companion. It was tender all along and raw in the right parts
and I love that game flavor. It just had a hint of that though. 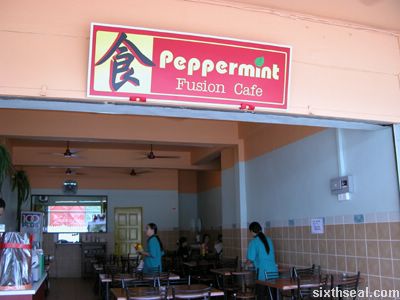 Peppermint Cafe is located along Ban Hock Road in Kuching.