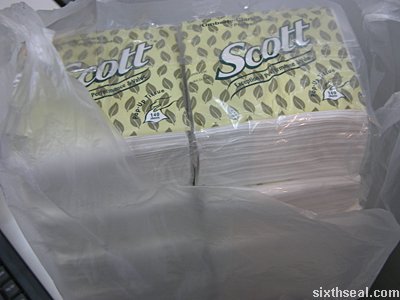 My coworkers passed me a plastic bag of stuff which looks like
tissues and told me that someone was looking for me at the SARBEX
exhibition last night and wanted to give me this. 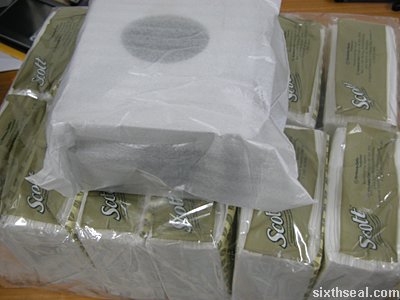 It turns out that it’s a pack of Scott tissues and a Kimberly-Clark
dispenser. It came from James Wong, who happened to read my blog
regarding an entry about this item. He’s a representative of
Kimberly-Clark Trading, which has brands like Kleenex, Scott, Huggies
and Kotex amongst its umbrella. 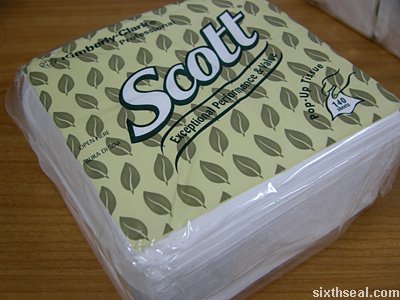 I called him to thank him for the gift, it ranks as one of the most
unusual ones a reader has given to me. 😉 It’s great though, it has 12
packs of Scott Pop-Up tissues with each one containing 140 sheets. 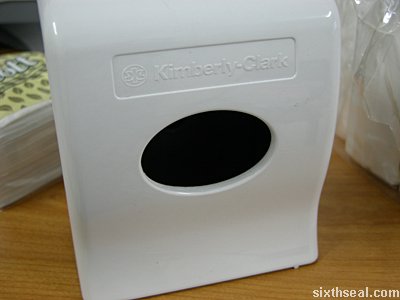 It also has a Kimberly-Clark dispenser attached. I learnt from James
that Kimberly-Clark does not only make dispensers for WCs, but also for
the food industry, and this is one made for the latter. 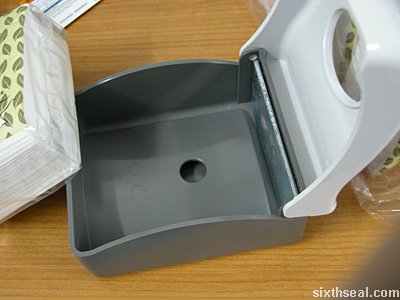 Now, this Kimberly-Clark dispenser is very nifty…it opens up to
reveal a space which you can fit a pack of Scott Pop-Up Tissues. 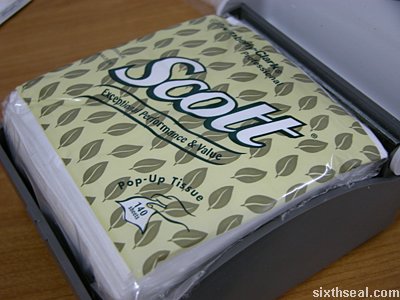 It’s meant for this variety of tissue, the pop-up tissues fits in
just nicely. Of course, you can’t use it without unwrapping it first…

[Update: I just received a call from James, who
told me that there’s a perforation on top of each Scott Pop-Up Tissue,
so I didn’t have to open up the whole thing, just open the top bit and
it’ll work. That’s for sanitary reasons. Jesus, was he fast… ;)] 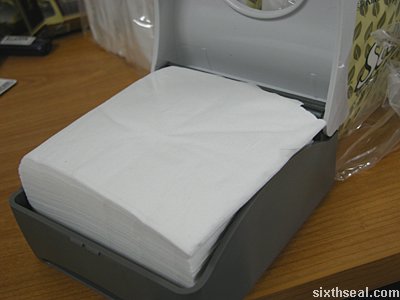 …so this is what it looks like after I put one pack of the tissues inside. 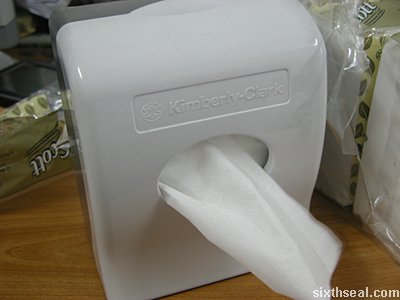 Now I have my very own Kimberly-Clark dispenser. Never shall I run out of tissues again! 😉

0 thoughts on “My very own Kimberly-Clark dispenser”