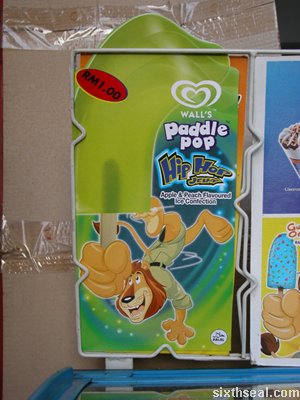 Hip Hop Jelly is the latest variant of the Wall’s Paddle Pop series
of iced confectionary and it offers something unique – it’s not ice
cream. 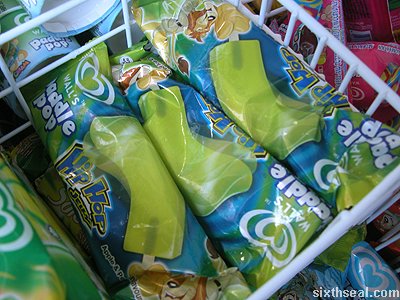 It goes for RM 1 each, in line with the Paddle Pop pricing structure, which has always targeted children as it’s primary market. 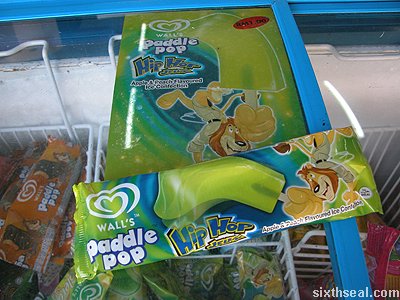 The Paddle Pop Hip Hop Jelly is described as an apple and peach
flavored ice confection, but the thing that makes it stand out is
it’s…well, malleable nature. 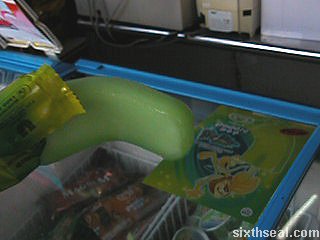 Look at Mr. Happy. 😉 In short, it’s very flexible. I imagine a lot
of fun can be derived from shaking said ice confectionary by its
primary target market. It doesn’t lose its structural integrity by
being shaken. That’s probably where the “hip hop” name comes from – it
wobbles instead… 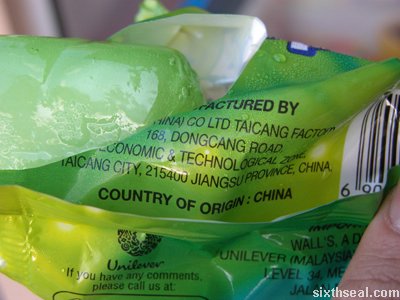 Hip Hop Jelly is made in China and seems to be made primarily from
jelly and a lot of air bubbles. The inside is made up of an unknown
substance which seems to be a cross between jello and ice. 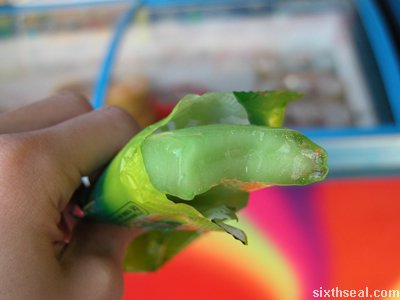 The jelly tastes surprisingly good too…the apple and peach flavors
is very thirst quenching and I had five of the Paddle Pop Hip Hop
Jellies in a row. It’s a hot day, and these things are fun to eat.

Leave a Reply to Boats For Sale Cancel reply