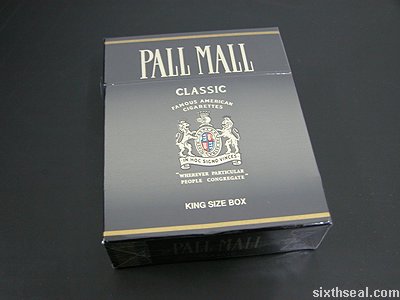 Pall Mall came out with Pall Mall Classic cigarettes earlier this
year as a limited production run. It’s billed as a cigarette with more
refined tobacco mix and the classic taste of the original Pall Mall
cigarettes. Unfortunately, Pall Mall Classic was taken off the shelves
due to low consumer interest before I could get a pack. 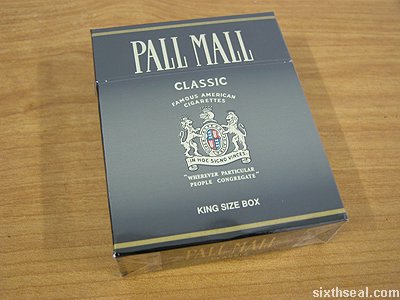 I was pleasantly surprised to find a 25 pack of Pall Mall Classic at
the store of the grocery shop one of my friends own. It was supposed to
be recalled by the manufacturer, but he kept one anyway, and gave it to
me, knowing my legendary tardiness and paradoxical fondness for new
and/or limited edition cigarettes. 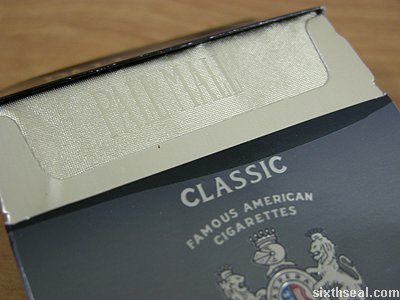 The gold foil preserving the (dubious) freshness of these long due cigarettes has the letters “Pall Mall” inscribed on it. 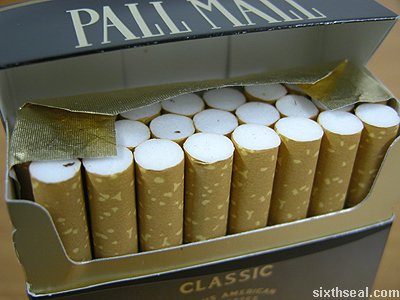 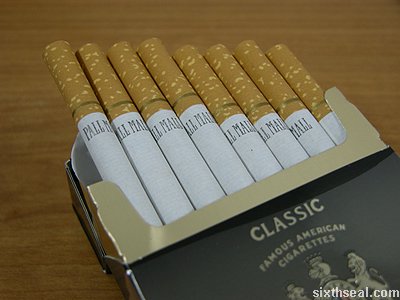 …and each of the Pall Mall Classic cigarettes has the standard black font “Pall Mall” letters scripted on the tip. 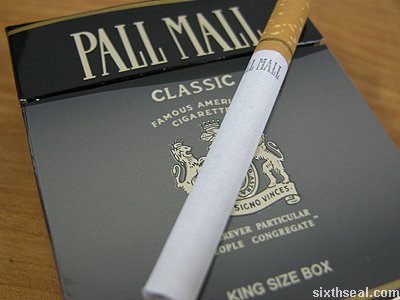 Despite the time, the Pall Mall Classic cigarettes taste good. There
wasn’t any hint of the staleness that I expected. I thought Pall Mall
Classic is a great complement to the existing Pall Mall line. It’s a
mystery to me why Pall Mall decided to pull Pall Mall Classic off the
shelves.

Just like the mystery behind Cherry Coke being taken off the shelves years ago. It still keeps me up at night…

Leave a Reply to cheap adipex no prescription Cancel reply