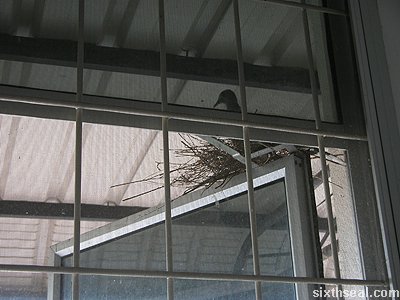 I had noticed an increase in birds chirping recently, as well as a
perceived closeness of the said chirping sounds. I didn’t really think
much of it until I happened to see a birds nest in the window just
outside my place. 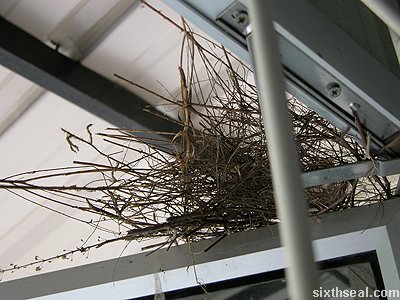 It was unusual as birds usually nest earlier in the year (when the
weather is drier) and also due to the fact that I live on the third
floor, and the outcropping afforded by the struts supporting my window
wasn’t all that comfortable to roost in (in a human’s eyes). 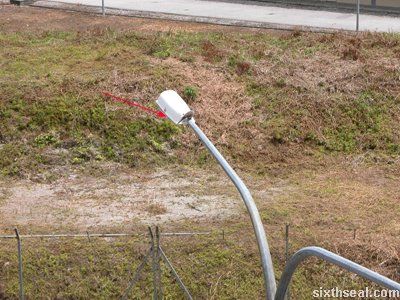 I found the bird to be quite adorable but it turned rather anxious
when our proximity closed, which was strange, considering I sleep under
her every night. It soon flew off to roost in the street light opposite
my place, where she anxiously kept one eye on her beloved nest. 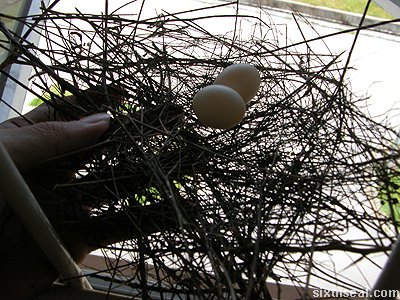 I wanted to take a look at the nest, so I tenderly squeezed it in
through the bars of my window…and I found two (2) eggs inside the
nest! Bird eggs! The nest was made out of straw and other material the
bird managed to painstakingly gather throughout the nest building days. 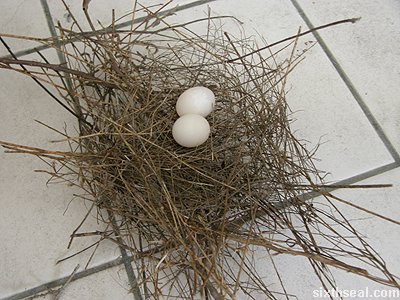 Here’s a closer look at the bird’s nest… 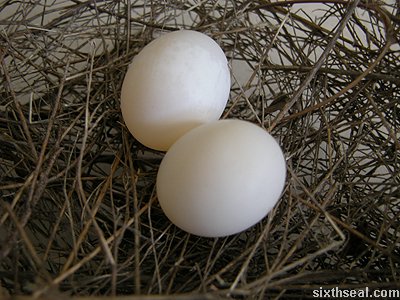 …and the two eggs that it contained. The eggs are slightly
translucent and it seems like one can peek inside, if only the lighting
was right.

I managed to take a video of the bird eggs to show how it looks like: 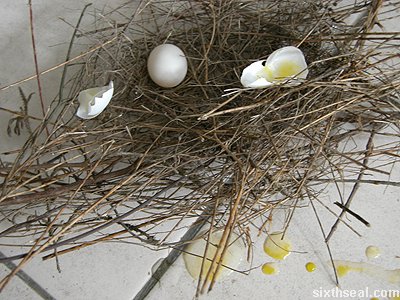 However, I inadvertently used too much pressure on the eggs coz one
of it burst and splashed yolk and bird fetal matter. OMG! I killed a
bird-to-be! I also managed to soil the lens of the Nikon 5700 that I just repaired at a cost of RM 750. I don’t know which one made me feel worse. :p 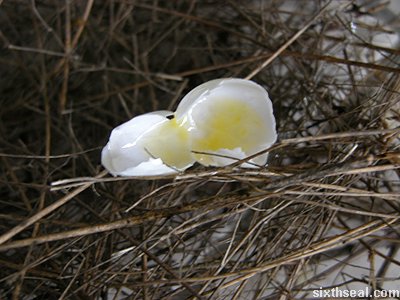 Well, since the egg was already destroyed, here’s another photo of it. 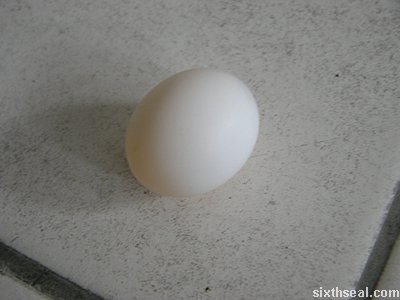 This is the pristine egg that wasn’t destroyed… 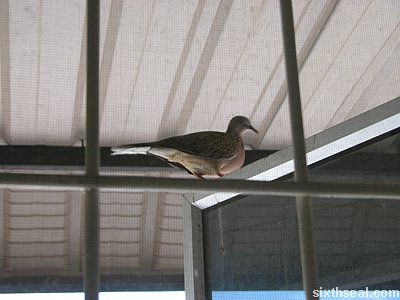 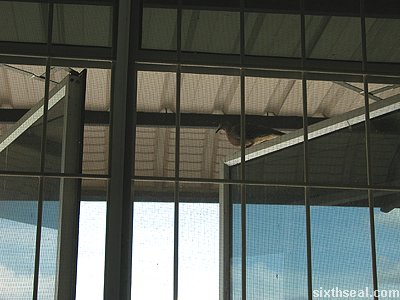 …and this is the sad mother of the eggs. The bird is seen
plaintively roosting at the place where the nest used to be, looking
for her yet-to-be-born children that was so cruelly snatched from her…

78 thoughts on “The bird nesting outside my window”