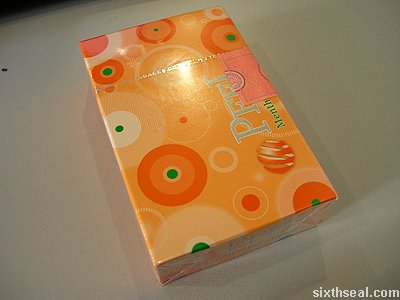 Orange Peel cigarettes are one of the interesting cigarettes out
there in terms of being obvious about their target market. The
packaging of the cigarettes is distinctly orange and the wrap liner
shows that this is another line from DJ Tobacco, the manufactures
behind the DJ Mix series of cigarettes. 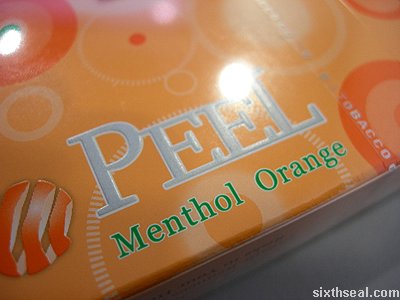 The Peel series seems to be a new line of cigarettes for DJ Tobacco’s portfolio, and this is the flavor that Mr Lim [gmail.com] in Langkawi is kind enough to mail me – it’s called Orange Menthol Peel and the cigarettes are just exactly that…they taste like oranges! 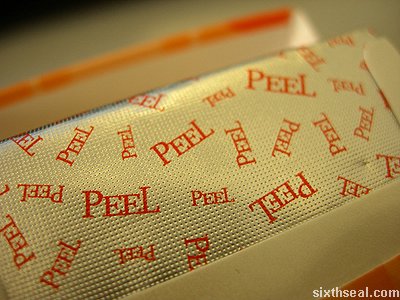 The aluminum foil that can be seen as the pack is opened up can only
be described with one word – zesty! There are various different angles
and font sizes of PEEL on the cigarette foil in bright orange and it
appears to look like a citrus windfall. The sharp citrus tang can also
be smelled upon opening the pack – it smells like oranges too! 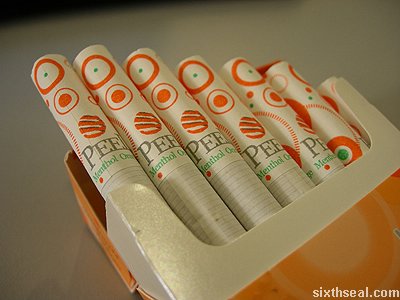 There is another surprise when I removed the…er, zesty foil. The
filters on the Orange Peel cigarettes are brightly emblazoned with PEEL
Orange Menthol with colorful dioramas of orange representations. This
cigarettes not only looks like its orange flavored, it tastes and
smells like oranges too! 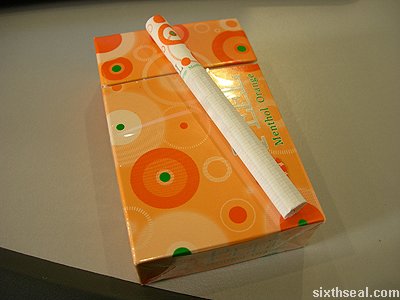