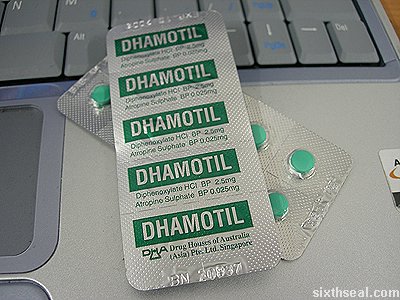 Diphenoxylate is chemically an opioid and has a structure that
resembles meperidine (Demerol). It is available as an anti-diarrheal
and reportedly does not appreciably cross the blood-brain barrier,
although high doses exhibit codeine-like subjective effects, indicating
opiate activity and possible recreational value. Diphenoxylate is
primarily obtained from diphenoxylate and atropine preparations, which
is used to control diarrhea. This is probably due to the general action
of opiate antagonists in causing constipation and the reportedly low
potential for abuse in diphenoxylate profile. The diphenoxylate was
obtained in the form of Dhamotil, which contains 2.5 mg of
diphenoxylate hydrochloride per tablet and 0.025 mg of atropine
sulphate. 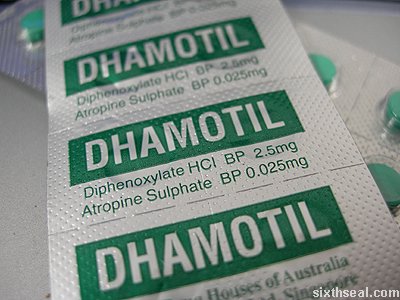 I obtained Dhamotil (also known as Lomotil) from the pharmacy I
frequent in Sibu – it supposedly has opiate like subjective effects
from what the pharmacist told me. He noticed a trend between people who
obtained dihydrocodeine, codeine, and buprenorphine (drug seeking users
of the opiate variety) had also bought Dhamotil in large quantities,
presumably for recreational purposes (it sure ain’t for helping them
shit, that’s for sure ;)). I was rather dubious about it, so I didn’t
look up diphenoxylate hydrochloride until I ran out of interesting
pharmaceutical solutions to experiment with and found this in my Box of
Interesting Pharmacuticals. 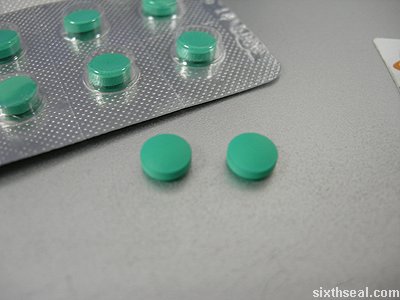 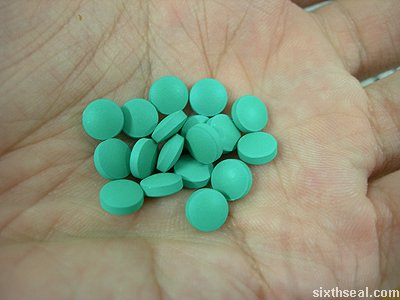 I did notice a slight to moderate warmth consistent with opiate
antagonists after about an hour and this effect was quite prolonged,
lasting approximately 10 hours. This is what I wrote:

little bit of opiat3e warmth perceived
slightly sleepy too due to atropine or prrevious 3xdorms
little nausea tho cannabis was supposed to counter it
its okay i guess, to add a little bit of opaiat3e warnth to your nighty benzo + weed combo.
makes it feel more sedating…with the coldish but still noticable opiat3e warmth

The sloppy English is mainly due to the cannabis compounded by the
close key proximity of the notebook, but subjectively, there is
something interesting about diphenoxylate. The dosage I took (50 mg)
was several times the daily recommended dose but the atropine did not
have an impact on it. I can see the potential for diphenoxylate for a
cheap and mild codeine substitute and I am interested to try it again
at a higher dose (100 mg – 200 mg range) to get a more substantial
appreciation for diphenoxylate.