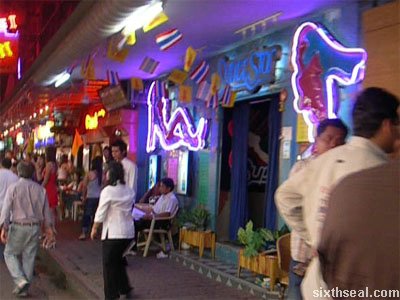 Patpong is the red light district of Bangkok offering live topless and nude shows in the many alleys that has pimps (promoters?) offering live shows and girls. I went to Patpong just now with MDC to check out the place at night. 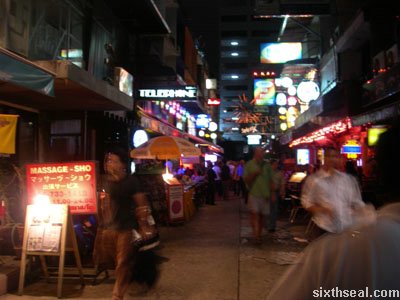 Patpong is a lot like Petaling Street and Jalan Alor combined together – it is full of narrow and crowded alleys with the sides lined with street vendors selling everything from t-shirts to BB guns. There are also bars and the relentless glow of neon lights advertising “Hot Go Go Girls Live Show” as well as massage centers (which don’t just give you a massage if you catch my drift). 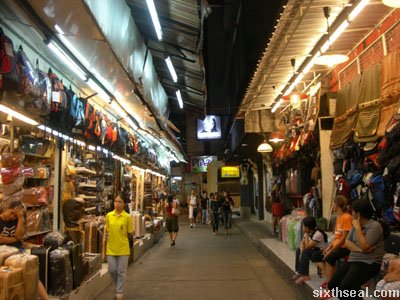 Patpong is not just a red light district but also a shopping haven. There are goods ranging from bags… 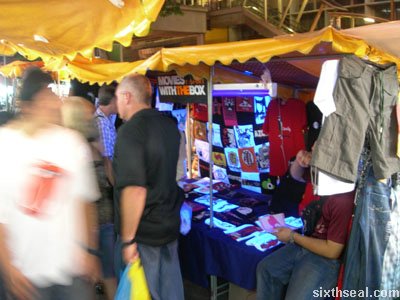 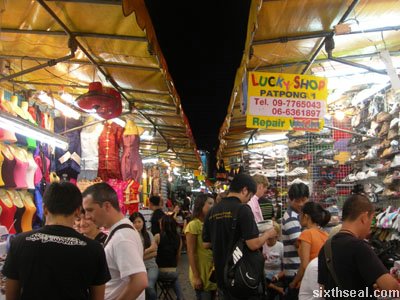 …and shoes. It’s possible to get cheap stuff from here but you need to have strong bargaining skillz. I usually try and get discounts for bulk purchases and walk away if the price wasn’t right. It usually works – the vendor will beckon you back with a “OK, just for you, special price” and the deal is sealed. 😉 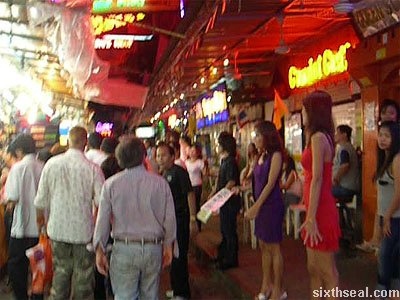 Patpong has a really lively nightlife that constitutes mostly of live shows of women in various states of undress. There are also pimps that would approach you to offer women or lap dances in addition to the various self-promoting girls standing outside their topless bars. 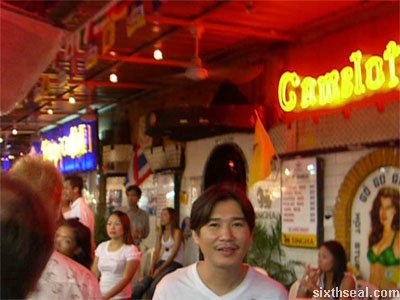 I was walking with MDC and got accosted many times by promoters despite the fact that I seem attached. I did want to go in and check out the live shows but MDC gave me THE LOOK when I casually brought it up. One promoter who saw that blurted “Girls can also see!” which I found rather funny and kept on bugging MDC about it. 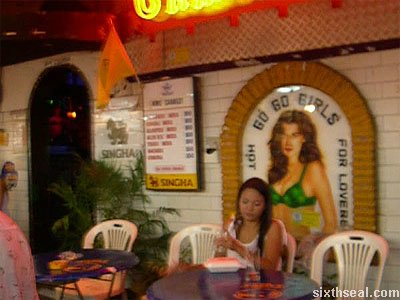 She didn’t let me go so I’m sorry guys, the best I can do is show the outside of the clubs and strip dance places and the girls standing there: 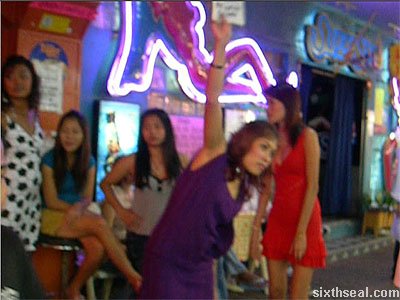 Patpong is a great place to go if you want to shop for cheap goods and catch a live sex show while you’re at it but I highly recommend that you leave your girlfriend or wife back at the hotel.

Trust me, you’re gonna thank me for it. 😉