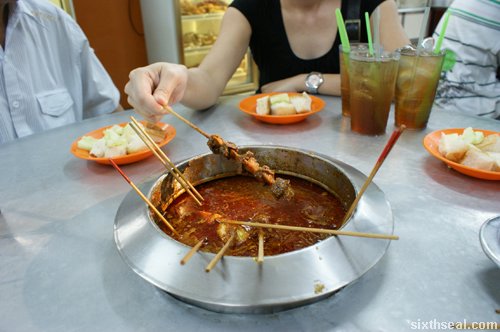 Satay Celup originated in Melaka but like most other things it has migrated far and wide. I hear it’s even available at the mobile lok-lok trucks around here, but for the Real Deal (TM), nothing beats going to Melaka to eat satay celup! 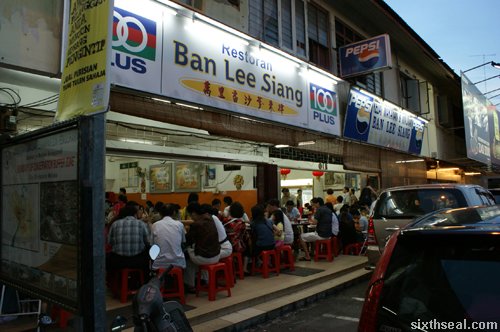 The place we went to is none other than Ban Lee Siang – one of the renowned satay celup establishments in Melaka. There are two other satay celup places flanking Ban Lee Siang and it’s very telling that Ban Lee Siang is the only one packed to the rafters, with people waiting for a free table while the other two are practically deserted. 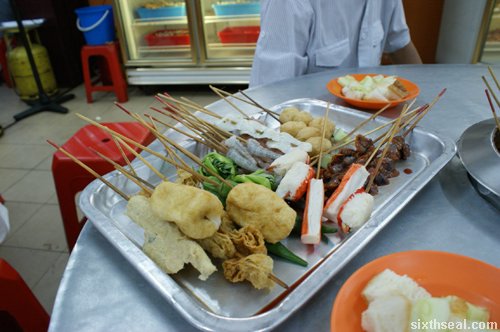 Satay celup is a Malay word meaning “sticks of stuff” and “dip”. The skewers are kept refrigerated and you walk around with a tray to choose the items you want. There’s easily 50 different items on offer, ranging from clams to quail eggs and everything in between. The prawns are surprisingly fresh and sweet, and the balled up vegetables provides a nice, crunchy texture. The mushrooms and stuffed chillis are pretty good too. 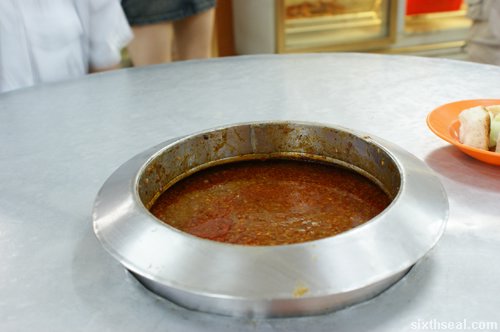 Satay celup invariably comes with the same setup – there is a communal satay celup pot in a recessed pit in the middle of the table. The satay celup pot is constantly kept full by the staff, who roams from table to table to refill the sauce. The sauce is none other than satay sauce a.k.a. peanut sauce! 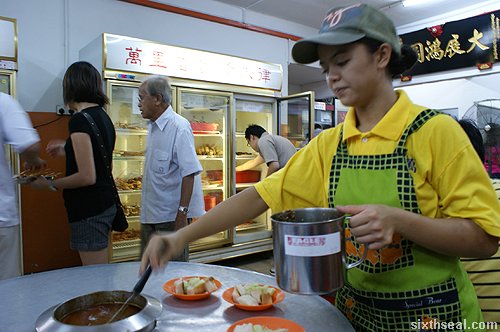 This is what makes satay celup interesting. It’s like lok-lok (where you dunk food skewers into boiling hot water or broth) except you dip this into a simmering pot of peanut sauce. The sweet (albeit diluted) satay sauce tastes delicious with the meat, vegetables and seafood on sticks. It’s a great twist to a classic dish. 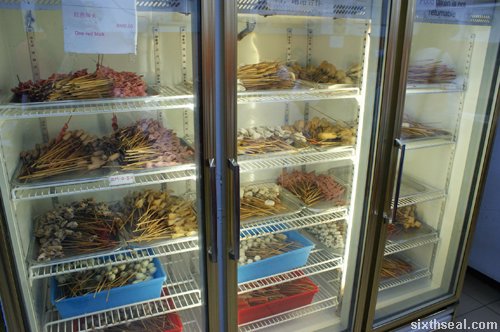 The satay celup system, for the uninitiated, is rather like a buffet. You pick the items you want from the bank of fridges and put it on a tray. Each stick is RM 0.50 except the red color coded ones, which goes for RM 0.60. 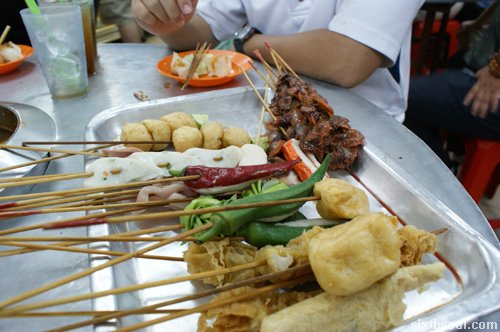 You’re free to eat as much as you want and by the end of the meal, a waiter comes over to count the number of sticks you’ve consumed and you pay accordingly. Easy! 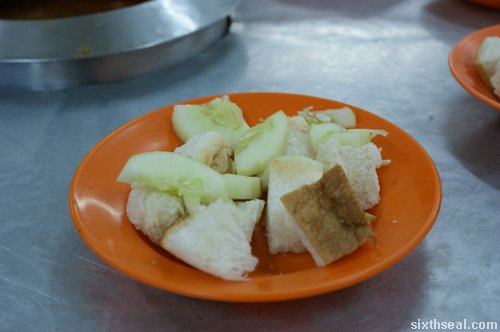 Satay celup in Melaka is served with bread. The bread is used to soak up the delicious peanut sauce. 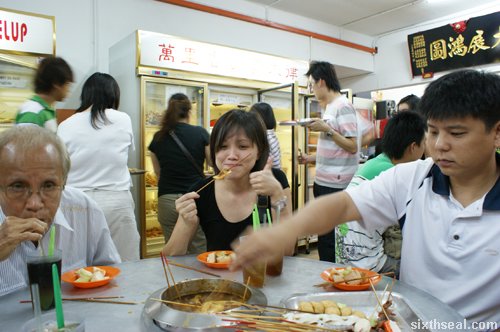 I think the peanut sauce actually tastes better after a lot of people have eaten from the same communal pot. The satay sauce absorbs the taste of the ingredients dumped into it by previous diners since the pot is never emptied but refilled. 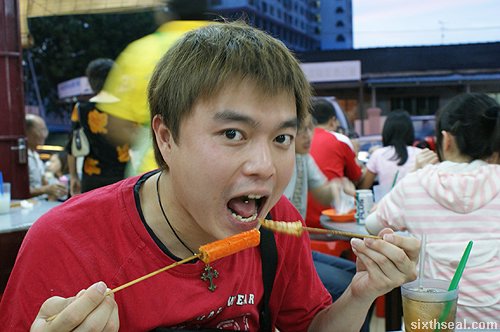 It’s the shiznit, yo.