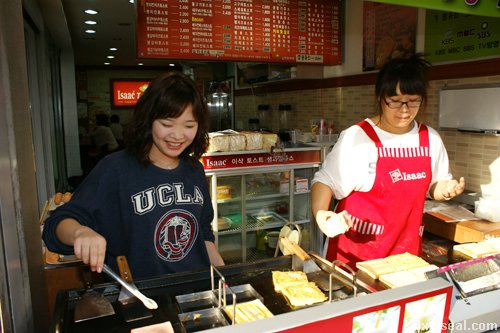 I swear this uses the same setup of the Ramly burger stalls over here. We were actually discussing on how easily this can be done in Malaysia – same hot plate, same skillet. Even the topping of shredded lettuce is similar. Same same but different different ya know? 😉 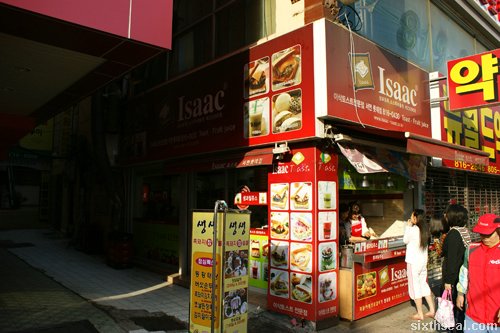 Isaac Toast is a franchise operation in South Korea that serves a variety of toasted sandwiches. Now, I was dubious at first too. Toasted sandwiches? It all tastes about the same everywhere. Okay, listen up, history lesson is in session: 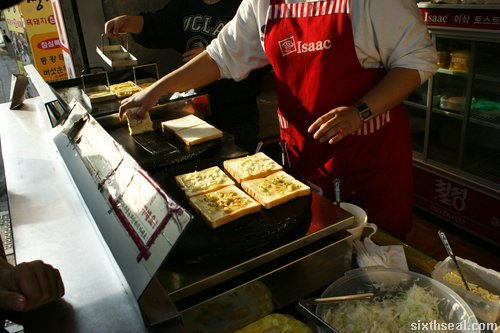 Korean toast sandwiches started out as authentic street food in the same vein as silkworm pupa but got so successful it spawned a host of different franchises for toasted sandwiches. One of them is Isaac Toast. 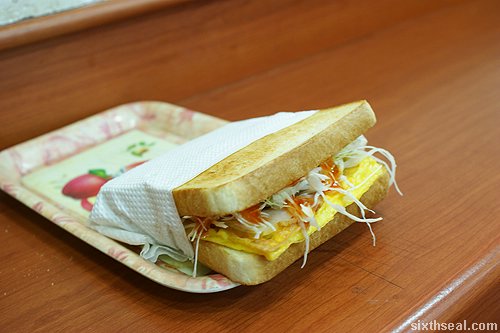 What makes a toasted sandwich a Korean toast sandwich? That is a very good question…

…to which I have no good answer. 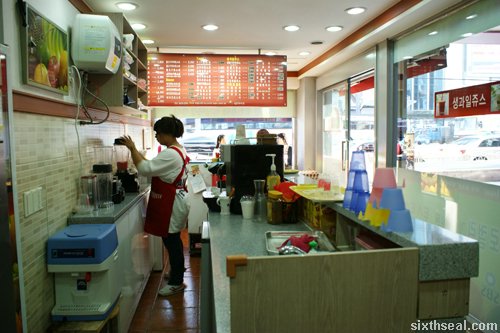 I suspect it has something to do with the egg in every sandwich – it is grilled with something that makes it taste sweet. That’s the best part about the sandwich; the savory taste combined with the saccharine omelet at the bottom turns this Korean toast from ordinary to exceptional. 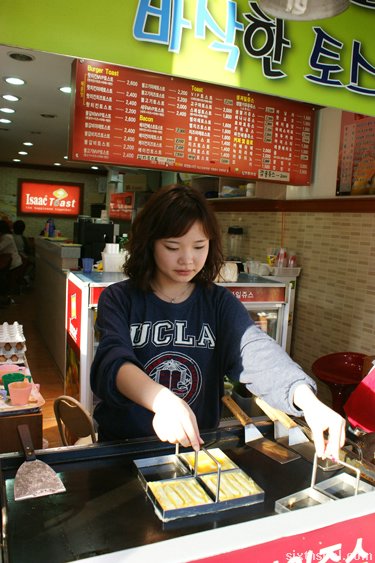 I had the bacon (made from real oinking babis) toast sandwich which costs about 2,400 Won (about RM 6) and I loved it! The salty strip of streaky bacon contrasted with the sweet egg at the bottom. Delicious! 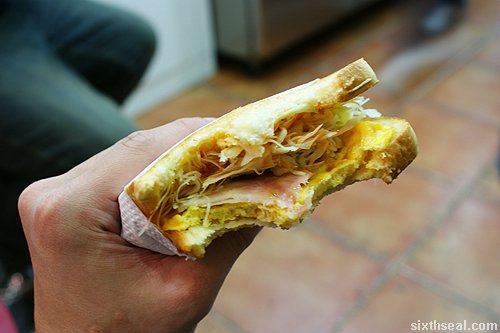 I only wished they put more bacon in. You can never have too much bacon! It’s scientifically impossible.