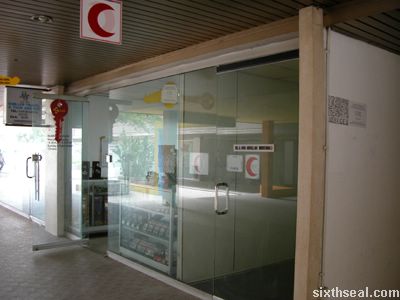 The exterior of the clinic.

I did not go to work today on the account of food poisoning.
Diarrhea, throwing up, the works – so I went to the nearest reasonably
priced doctor (no more RM 150 bills) at Pusat Bandar Damansara. This
was also a polyclinic but judging by the interesting way they run
things here, I figured it wouldn’t be that expensive. Oh, that and the
previous guy before me just paid RM 20. 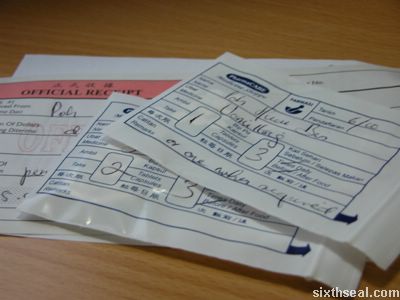 Anyway, there was no waiting room to speak of – the doctor’s
consultation room was in the same room was the waiting room, and just
partially cordoned off. You could listen to the interesting afflictions
of other patients if you’re so inclined. Definitely not a place to say
“Eh doctor, yesterday I have a go at this char bo hor, and today ah,
very painful when I piss lar…”. The acoustics of the room does not
allow this kind of indiscretion to go unheard. 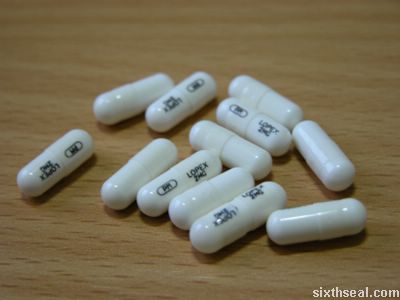 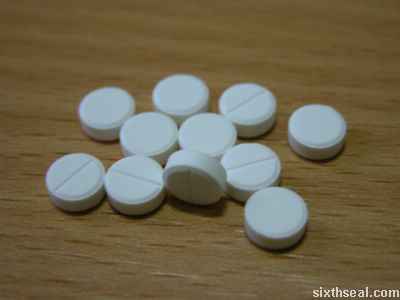 Anti-emetic
One when required.

There was a large toy basket and a child running around with heaps
of toys strewn around the room too. Very interesting, to say the least.
Anyway, it was my turn soon and I told the doctor about my symptoms and
he pulled out his stethoscope for some reason and listened to my heart
for a good 3 minutes and ushered me out of the partially cordoned off
area. That was fast. 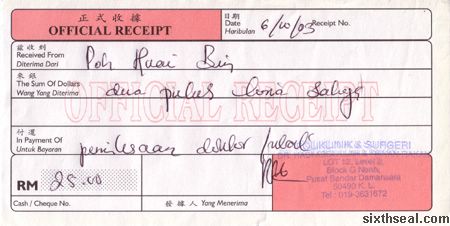 Anyway, the doctor passed the nurse (whom I think is his wife and
the little girl running around his daughter) the MC (medical cert) with
everything written on it except my name and my company’s name. The
nurse gave me the two pack of pills and filled my name and company into
the sick leave certificate and charged me RM 25 and ushered me out. 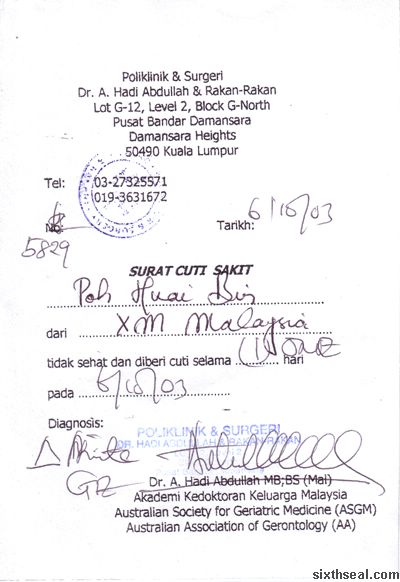 Not very professionally done – looks mass photocopied and the doctor wrote on half of it while the nurse wrote the other half.