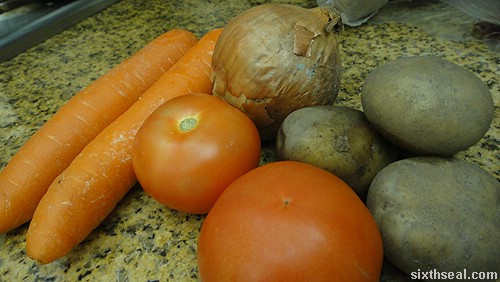 ABC soup is basically a soup where you dunk in everything that’s available to make a clear broth soup. The traditional (if such a word can be used to describe this) method calls for: 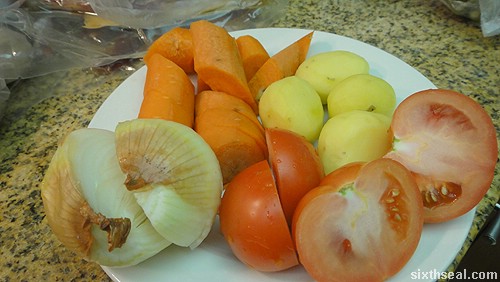 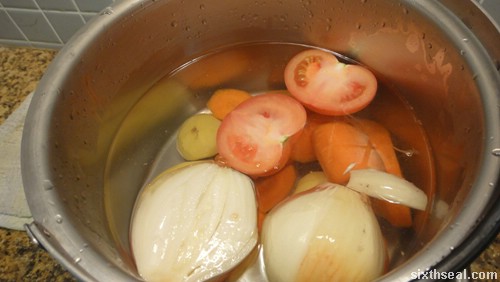 I used to think that ABC soup is called that because it’s easy as 1-2-3 (or ABC) but I’ve been thinking about this old folk tale about the stone soup story. There are variants of this story but the one I heard is about this traveller who comes into a village hungry with nothing but a pot. 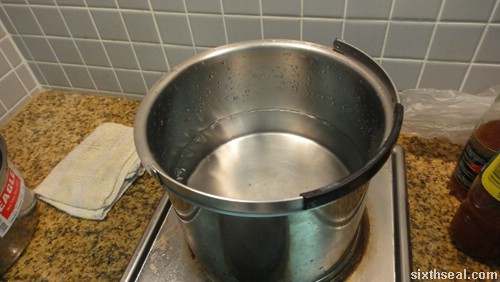 He asks the villagers for some ingredients to put into the soup but no one wanted to part with anything. He then announces that he’s got a “magical stone” that makes wonderful soup and proceeds to fill the pot with water and puts the stone inside. So, he’s sitting there, stirring what amounts to nothing but water when a curious villager comes over and asks if it’s done. 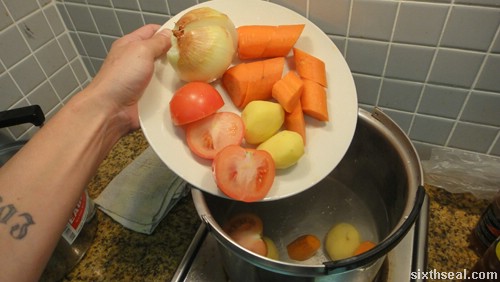 The traveller says not yet, but it would help if someone had carrots to put in it. Enhances the flavor, the dude casually mentions. The villager grudgingly says that he might have some carrots at home and adds it to the hot water. This became a cascading effect as the villagers watched the traveller cook his soup – each one started contributing their own stuff – a bit of meat, some onions, tomatoes etc and lo and behold – it was the best soup they’ve ever tasted. 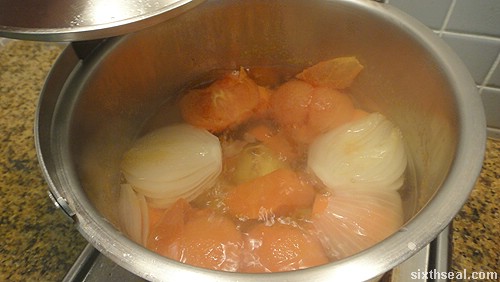 There’s a moral in there somewhere but that’s not why I’m writing this post. Heh! ABC soup has become something of a staple in our cooking since it’s quite versatile and very easy to cook. You basically need onions (sliced in half), carrots (diced), potatoes (whole if you use the tiny ones) and tomatoes (sliced in half). 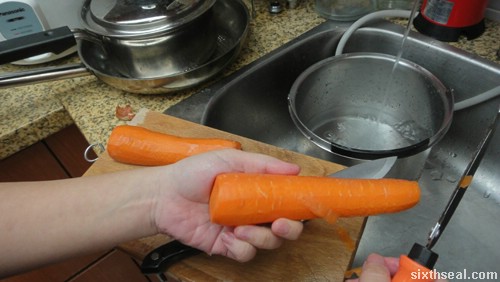 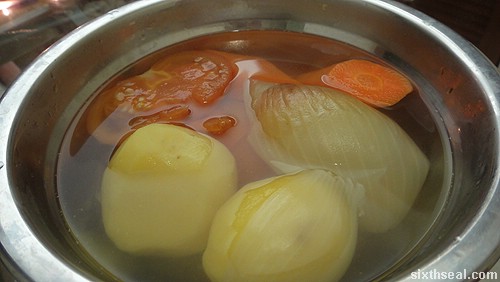 You bring a pot of water to boil, add some salt to taste and dunk everything in. Allow this to simmer for 30 minutes or so and it’s ready to eat! 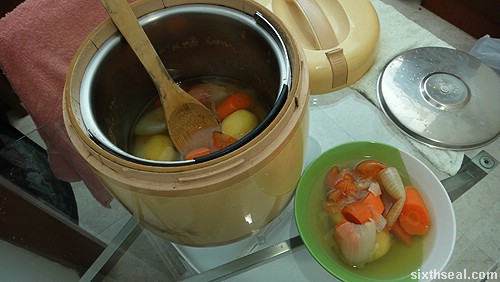 The best thing about this is that even if you can’t finish it you can still eat (we use more ingredients than soup) it in the middle of the night. There’s this thermos like thing (except it’s much bigger) that we use to keep it warm. 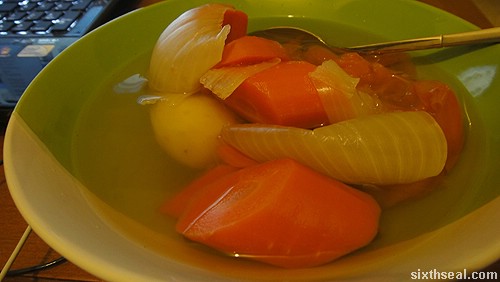 I can just scoop some out and eat it at 3 am in the morning if I’m hungry. ABC soup is easy to cook and infinitely customizable – we’ve put leftover minced meat inside too, it goes very well with just about anything. It’s really healthy compared to the other stuff I eat too. 🙂