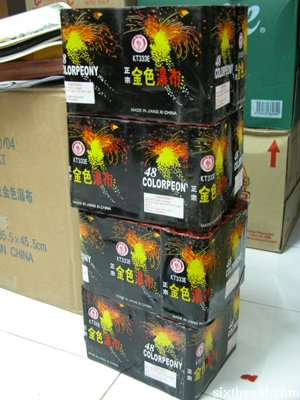 The festivities of every Chinese New Year’s Eve demands firecrackers
and fireworks and this year did not disappoint…in addition to the
regularly scheduled display (otherwise known as The Usual Suspects),
there was also a new firecracker that debuted this year. 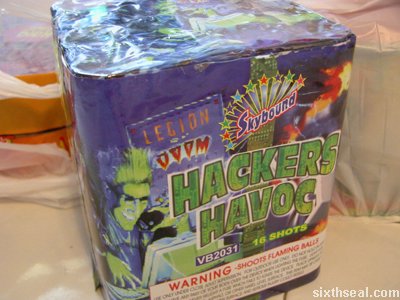 It’s a Skybound product and it comes in the standard 16 shot format
– it’s called Hackers Havoc firecrackers and it comes complete with a
pasted on display of some fried out dude bathing in the green cathode
ray of a monochrome monitor, with frequent appearances of “Legion of
Doom” and classics like that. 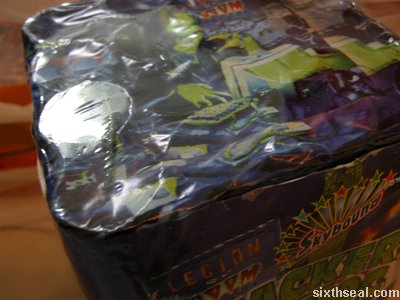 The fuse is on the top of the firecracker, and it does bear some surprises when we lit this one sometime after midnight… 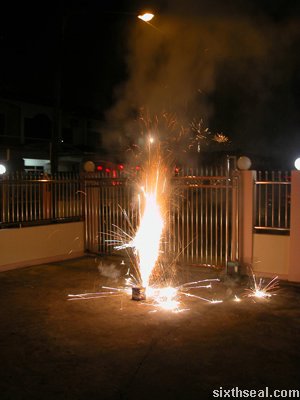 The first few shots comprises of a smattering of “Colored Rain” –
bursts that disintegrate with a crackle into more pyrotechnics in the
air. 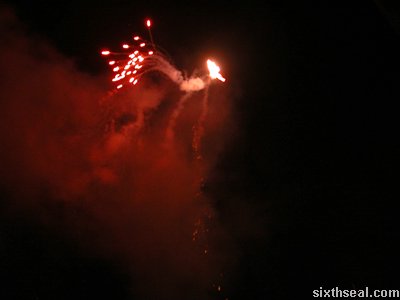 It then switches to the “single red glowing bulb” interim… 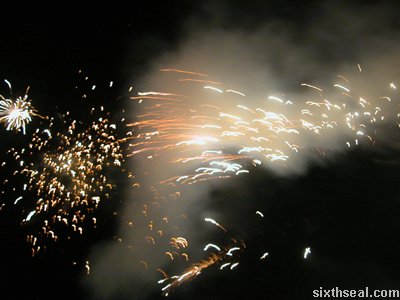 …before launching into two-tone standard issue reports with flare
mode and finishing with a tri-side-burst of white light that caught me
by surprise. It’s a good one, this Hackers Havoc – a product befitting
the name, a medley of fireworks, what one imagine would be the
byproduct if pyrotechnica was controlled by a hacker for a minute or
so… 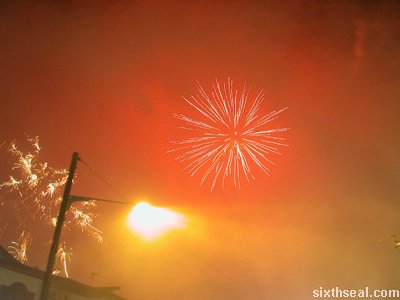 This year’s firecracker and fireworks display, sponsored by The
Citizens of Sibu, was no less outstanding in turnout, if less so, in
duration. 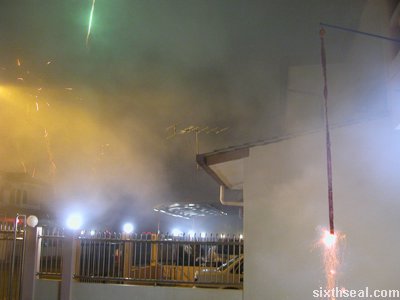 It’s still a cause for celebration that the festive season is ushered in the traditional way, back here… 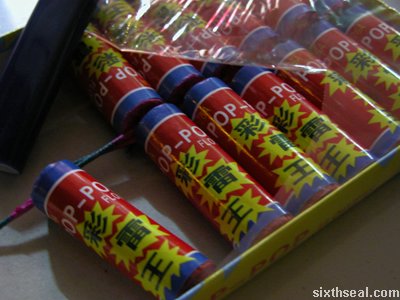 Oh, and Colored Flower/Chai Lei is being renamed Pop Pop again this year…