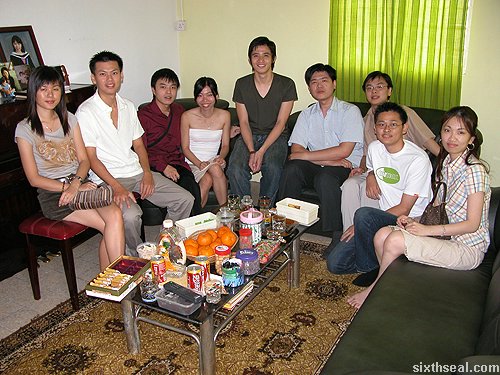 These are the Chinese New Year visitation photos from this year. I
was supposed to go on another one today, but I can’t make it coz I
slept late last night. The photo above was the point house – Karen’s
place, where we met up at about 11 pm or so. The people grew and shrank
with every house due to personal obligations – Karen is the one in the
white dress. 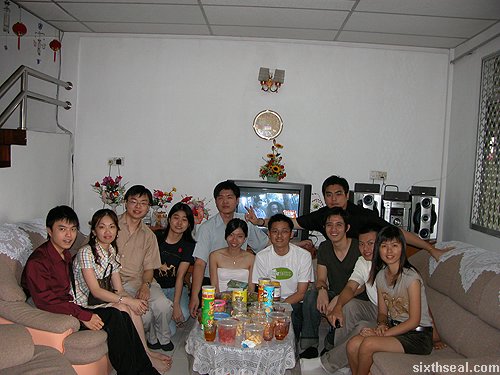 This is us at Justina’s place – she’s the one in blue, middle. I’m
wearing a red shirt, and I’m on far left in this one. I noticed that a
lot of my ex-classmates who did medicine is now doing a final year
abroad, I’ve seen interesting photos from India, Scotland, etc. 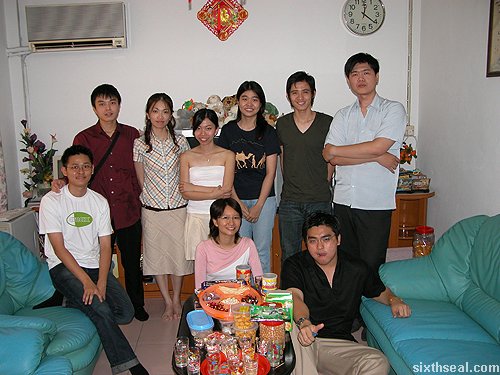 We dropped by Siew Leng’s place after that, and she was doing
homework on the second day of Chinese New Year, which was quite
impressive. She’s the one in the middle, red stripes. 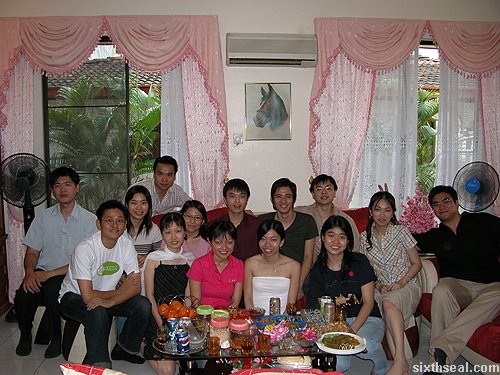 The next house was Thien Na’s house…and a lot of people congregated and left there – Lisa, Wendy, Collina, Jenny etc. 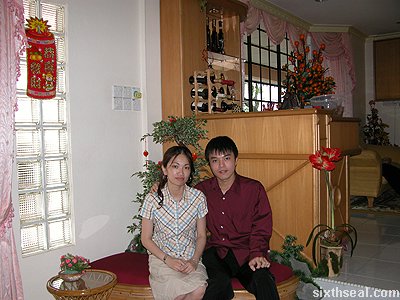 Here’s me and Thien Na coz we realized that that particular corner
of the house has been featured in the past few CNY photos so here’s one
from another angle. 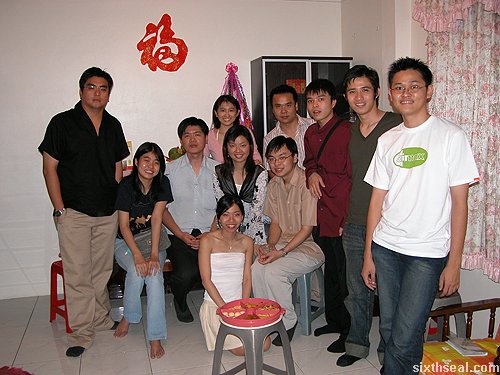 We went to several houses before ending up at Catherine’s. She’s
wearing a muted red and standing in the approximate middle. It was good
to catch up with all of them, all my ex-classmates, and see where they
are now. That’s the best thing about these group visiting exercises,
though I usually go out with a smaller group of people. It was fun,
catching up.