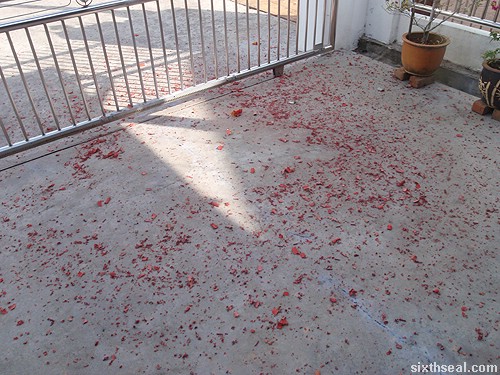 Yes, it’s that time of the year again, with reunions, pressing questions thinly disguised as guises for getting you hitched, and the liberal firecrackers. 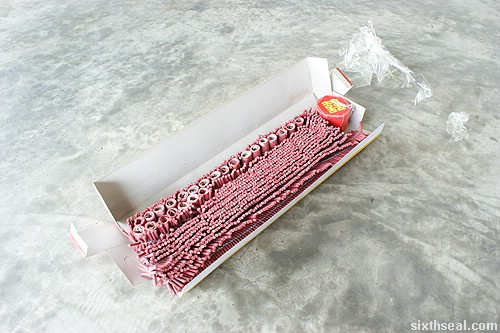 I’ve used up all my firecrackers at night but I wanted to get a morning shot – this is the classic mass produced firecrackers – not the fast and furious ones that comes in a reasonably roundish shape. I got this from my friend Ting Chuan who has a lot of spares around his house.

It’s fun to let it off anyway, didn’t need to go hunting for a pole, we do it the old skool way – that is to say, on the fucking floor. I also got quite bored with this slow burning firecrackers which leaves an equal amount of mess. I pity the maid. 😉 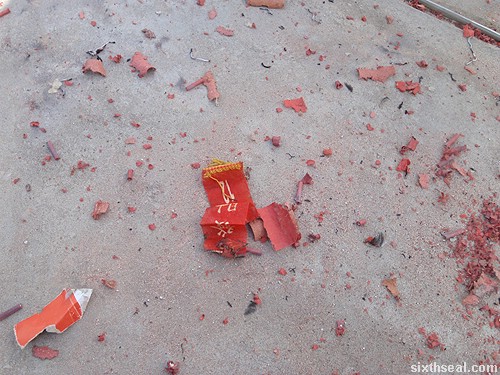 The banner fell off when the larger firecrackers exploded but fuck it la, not superstitious that way.

Happy CNY to all the readers of sixthseal.com whether you celebrate it or not, coz when you think about it, it’s not about 1Malaysia, but MORE HOLIDAYS, something we can ALL relate to eh? 😉