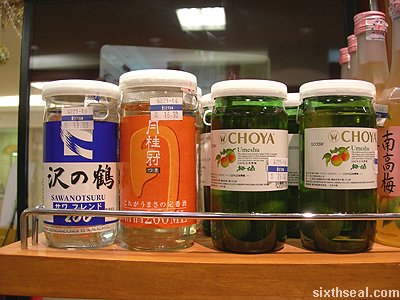 Isetan in KL has a wide range of sake and shochu
in unique containers ranging from personal cup style containers to
cardboard packages that would look more in place in the milk and dairy
products aisle. It’s one of my favorite destinations when I was working
in KL due to the wide range of sake and shochu (distilled Japanese
style “vodka”). It’s a great place to browse when you’re feeling
particularly adventurous and have a hankering for a different alcoholic
product or if your wallet is somehow weighing you down real bad. 😉 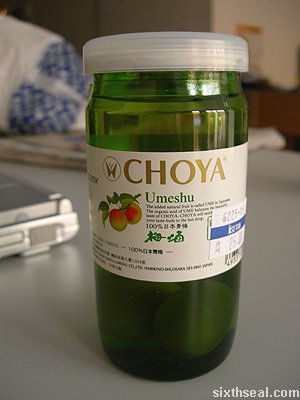 I was particularly interested in Choya Umeshu when I was in KL a couple of weeks ago. Umeshu is Plum liqueur
and this particular product is made by Choya, one of the biggest brands
for Umeshu and it actually has a plum inside. This is one of the more
interesting shochu (which should not be confused with sake) containers
– the personal cup container. It costs RM 26 for a small 200 ml cup
style container. 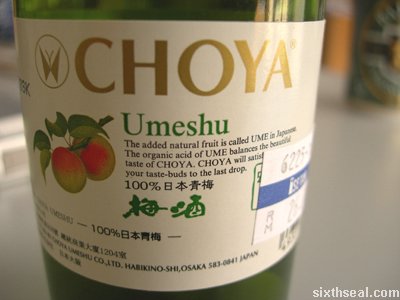 The text on Choya Umeshu states that “The added natural fruit is
called UME in Japanese. The organic acid of UME balances the beautiful
taste of CHOYA. CHOYA will satisfy your taste buds till the last drop”.
Choya Umeshu is made from Fresh Japanese Plum, Alcohol and Sugar and
the full name seems to be Choya Umeshu 160. The product is made in
Osaka, Japan and not only has one, but two plums inside the drink. 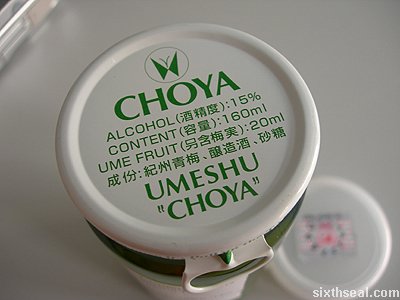 The personal Choya Umeshu cup container has a plastic lid,
presumably for the benefit of those who does not opt to enjoy the
umeshu in one sitting, thus allowing resealing on the container. There
is a soft metal lid beneath the plastic cap and it peels back easily
via a ring mechanism to open up the umeshu (plum liquor) without any
other opening implements. The seal states that Choya Umeshu contains
160 ml of 15% alcohol plum liquor with the plums taking up 20 ml (which
is equivalent to 20 mg) of the drink. 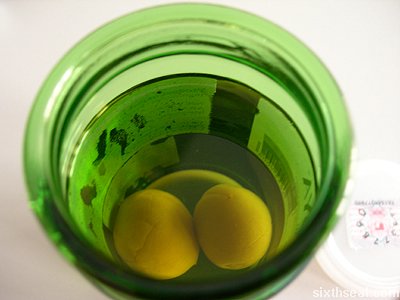 Here’s a closer look at the Choya Umeshu cup – there are two plums
inside, infusing the shochu with a strong plum taste. The liqueur is
clear colored and comes in a green tinted glass container. The plums
are slightly wrinkled but retain the springy texture of preserved
plums. It looks like the plums used to make plum drink at coffee shops
over here – the old school establishments have a huge jar of similar
plums soaked in brine. 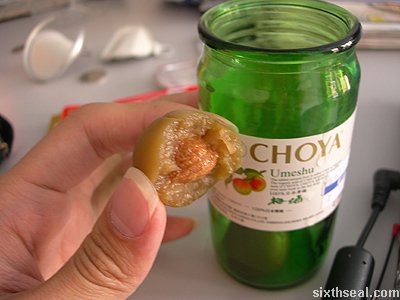 Umeshu tastes great! It’s best served as an aperitif (apologies in
advance for using this pretentious wine snob term ;)) due to the nice
acidity that the plum infuses the shochu with. It tastes like plum
infused alcohol – it’s hard to describe the tang of sweet acidity that
hits the tongue, followed by smooth distilled alcohol ending with a
plum aftertaste…

…oh wait, I just described it.