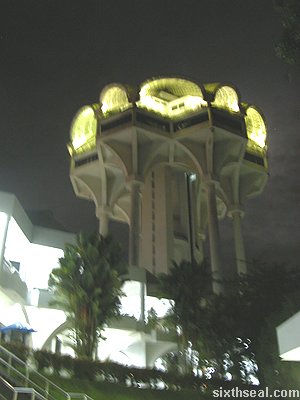 I was told about this event at Civic Center on Christmas Eve – I
wasn’t sure what it was (didn’t ask) but I thought, wtf, two of my
close friends from high school are going, and they will just be in
Kuching until Sunday. 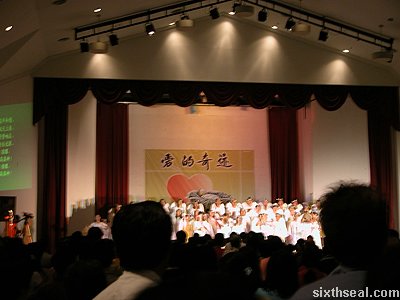 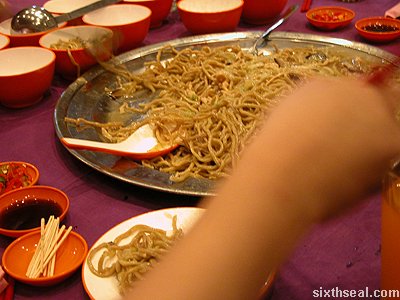 I was so shaken by the nature of this event, this Church Christmas dinner
that Diana had to fill my plate while I was still recovering from the
terrifying choir-dressed-as-angels-complete-with-halo hymn assault. It
was not what I expected…either I was already tripping, or this is a
real Christian church organized dinner. I had a dreadful feeling it was
the latter. 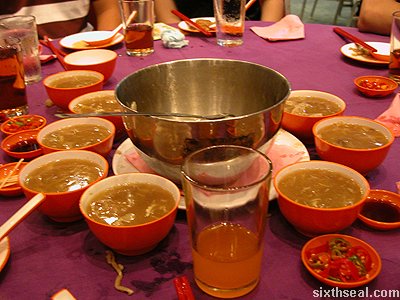 My suspicions were confirmed when the pastor asked the congregation
to rise for a prayer. “I trust no alcohol is going to be served with
dinner?”, I whispered to Diana. Rhetorical question. “Sorry”, she said,
flashing a smile. Ting Chuan quipped, “I would have faked a stomachache
and stayed at home if I knew it was going to be like this” from my
other side. Amen, brother! 😉 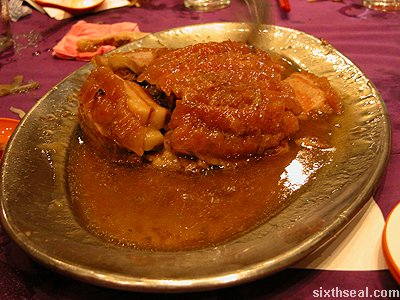 The dishes kept coming out amidst choir refrains, a rendition of the
birth of the greatest politician the world has ever seen in more than
two millennia, and sermons. And lots of prayer sessions, naturally. 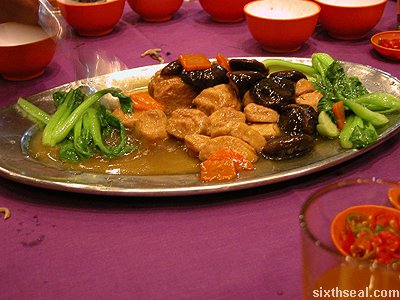 I had to seek refuge from all this, so me and Loon went out to talk about stuff. I got to know him several years
ago and haven’t seen him since. I nearly couldn’t recognize him coz he
cropped his long hair short. I found out that during that time period,
it turns out that we now share the same interests. We found out that we
have mutual contacts too, it’s a wonder I didn’t bump into him before
since he also works in Kuching. 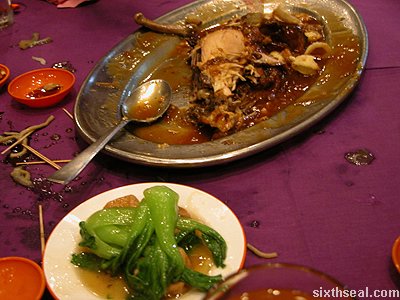 This is the chicken dish. I know, the tablecloth does not look very
presentable at this point, but you should have seen it later during the
night, when Ting Chuan spilled my drink across the table and overturned
the chili saucer. Heh! That reminded me of the Winnie Ha jellyfish
incident, OMG that was so funny. Still remember that, mate? Always
cracks me up when I think about it. 🙂 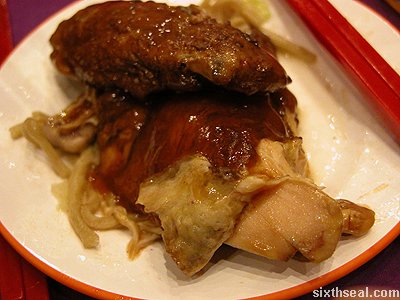 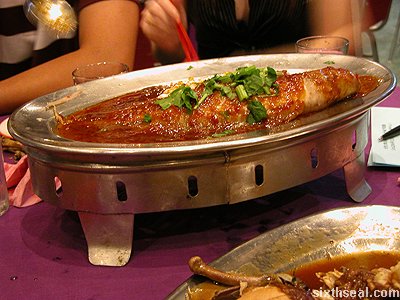 …and the last dish was served out. 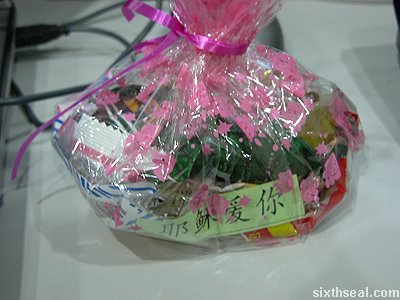 …followed by a door gift. To be honest, it wasn’t that bad, since
our table is seated with mutual acquaintances of about the same age.
It’s great to meet up with everyone again. It’s been at least a year
since I last saw my friends. 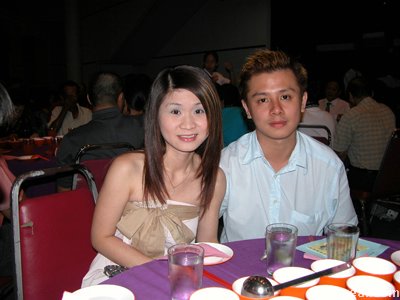 This is Daphne and Loon. Daphne is Diana’s sister, which is how I got
to know her back in high school and Loon has been with Daphne for six
(!) years. 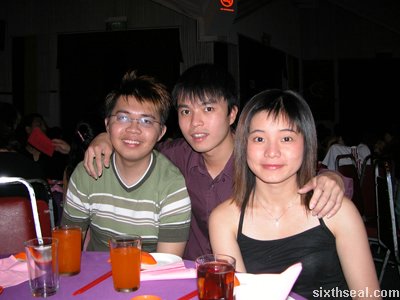 L-R: Ting Chuan, Huai Bin (me), Diana
Now, this is the three of us – much love, yo. They probably know more
about my *cough* indiscretions *cough* combined than any other people.
I probably should get them killed lest they blackmail me. 😉
Kidding…love you guys.

Ting Chuan is one of my best buddies…I’ve known him since primary school.
Diana is one of my ex gfs and probably my closest female friend. Thanks
for all the concern and support about my dependency. That goes out to
everyone out there!

Jesus, where is all this coming from? Could it be something I took? 😉