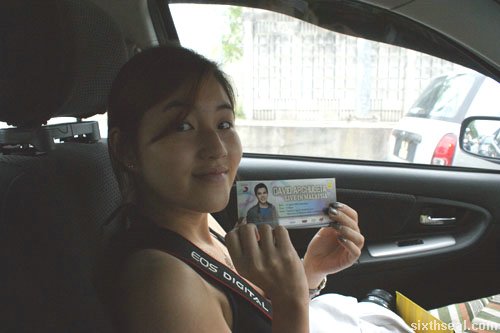 I came into possession of two tickets for the David Archuleta Showcase at 3 pm today and picked Ginny up to go to Sunway with me. I planned to arrive at her house at 12:30 pm but missed a turning and ended up being stuck in KL traffic on a Saturday. I only managed to get to her place at 1:30 pm. 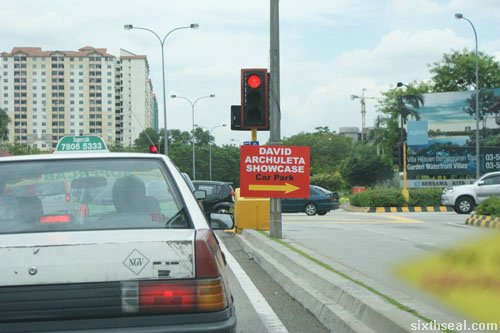 Anyway, we arrived at Sunway Lagoon Amphitheater at slightly before 2 pm. We were turned away at the parking area for reasons unknown. They had barriers to the David Archuleta Showcase Car Park and despite plenty of empty lots, everyone was asked to park elsewhere so we had no recourse but to park at Sunway Medical Center and walk over. 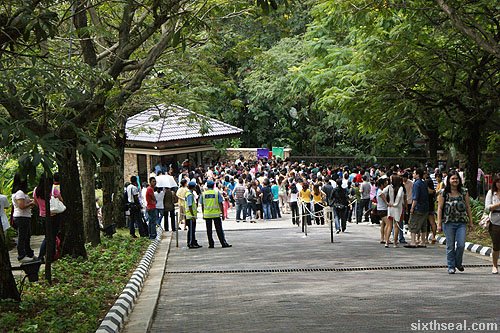 There was a huge crowd waiting at the amphitheatre and we queued up at the entrance. I should have expected a massive turnout since I watched the YouTube video of David Archuleta being mobbed by fangirls at KLIA when he arrived. 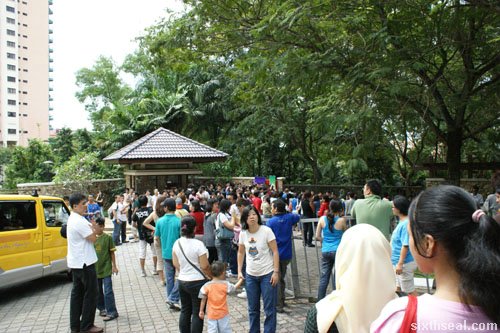 I thought we managed to get in just in time, since we passed the first security check, but everyone was turned away from the second security check due to the place being filled to capacity. The reason given was that the stadium was already packed with 3,000 people and they could not accommodate any more. 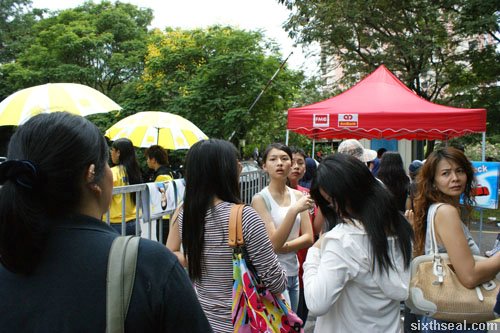 There were at least a hundred people waiting to get in and most of them have waited there for ages, like us. Just look at the disgruntled faces in the crowd. 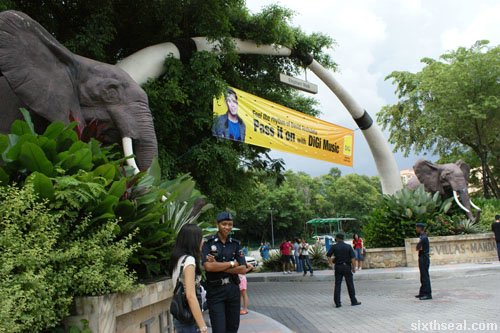 It’s neither DiGi nor Sony Music’s fault – the tickets had Fine Print (TM) at the back that clearly states ticket holders are not guaranteed entry. I still feel it could have been better planned though. The tickets were oversold – there were 3,000 people in there by 2 pm and they stopped letting people in after that.

I got the tickets thanks to Nuffnang, and we wanted to get in to take photos and videos of the showcase. I felt sorry for the fans who came later than us, who either bought the CD or won the tickets from a radio station, and was turned away. We left at 3:15 pm when it was clear that they were not letting anyone in come hell or high water.

We bumped into some latecomers after that who asked us why we were leaving and we told them they couldn’t get in coz the stadium was filled to capacity. They had bought the CD and was pretty bummed about being turned away.

I felt really bad coz I was working and I couldn’t pick up the tickets so I got Ginny to pick up the tickets for me…and we ended up not being able to see David Archuleta. We just lost the window of opportunity by probably 10 minutes – if I had not missed the turning to Ginny’s house or managed to park at the amphitheatre entrance, we would have gotten in. 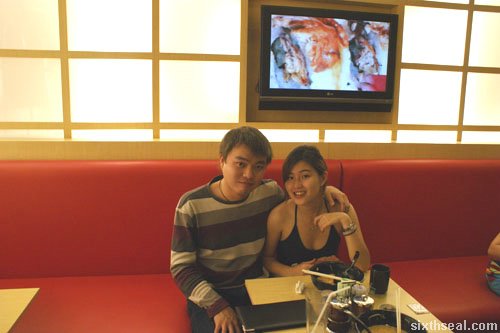 Thus left behind, we headed to Ajisen Ramen at Sunway Pyramid and had a late lunch before heading back.

I knew we should have arrived earlier considering the popularity of David Archuleta with his…er, enthusiastic target demographic. Oh well, at least I’ll remember the turning to Ginny’s place now. :p