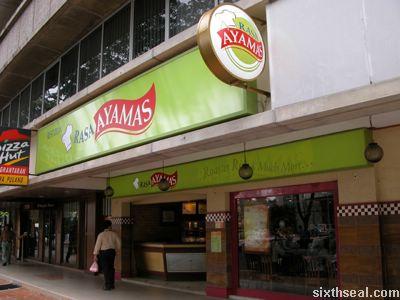 I’ve never eaten at one of the Rasa Ayamas outlets before. The only
previous contact I’ve had with the Ayamas brand is their cold storage
mini drumsticks and of course, the chilli sauce. There is no Rasa
Ayamas outlets in Sibu or Sarawak to the best of my knowledge. 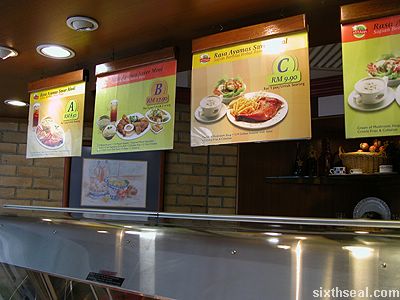 We had Rasa Ayamas Saver Meal B – which came with two thighs of your
choice, a plate of stir fried vegies, spring rolls, rice, soup, dessert
and drinks for two. 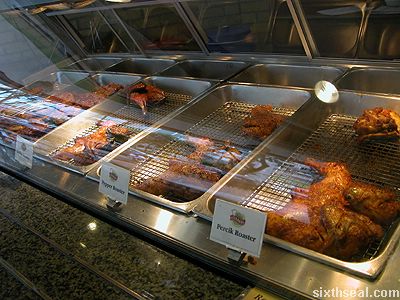 This is a picture of the meat area. 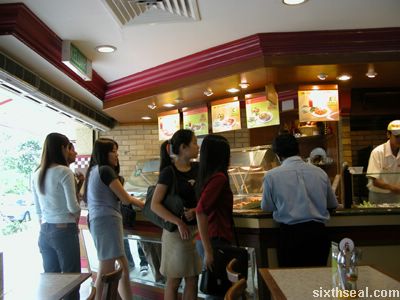 The place seems to be popular during lunch time. 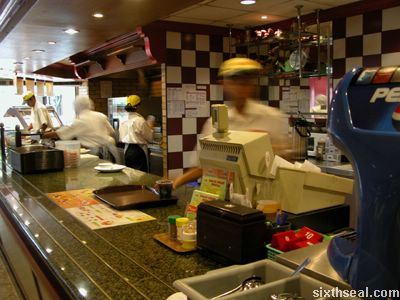 The workers were suitably, er…industrious and the turn around for
food is the same as you’ll expect in a fast food outlet. The spring
rolls came out later though, probably a 5 minute wait. 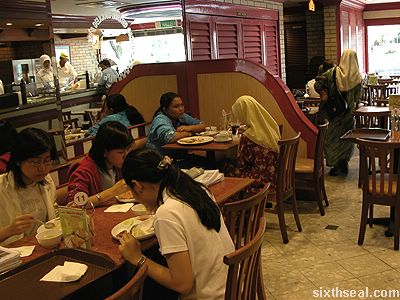 Here’s a photo of the Rasa Ayamas interior. 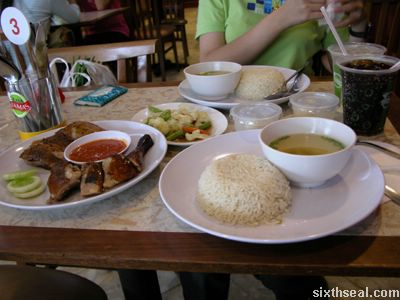 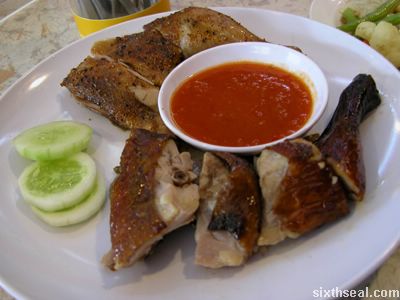 We had Golden Roaster and Pepper Roaster for the chicken. My
apologies for the out of focus picture, I didn’t realize I did not have
macro mode on until I got home. 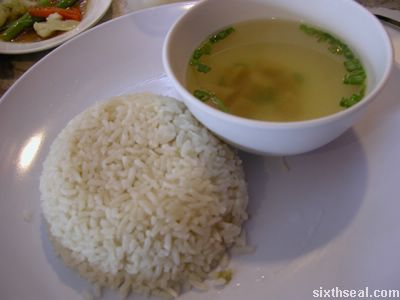 This is the chicken rice and the soup (which has bits of fish (meat?) balls in it). 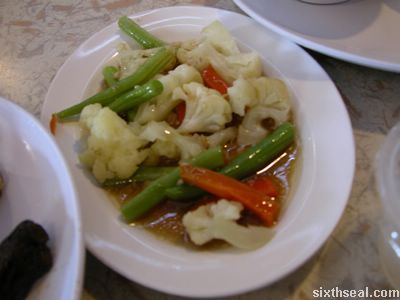 The vegetables were stirfried with a suitably low heat – resulting
in a nicely fresh taste being imparted to the dish. Er…what I mean to
say is, they didn’t “murder the vegies” as a common saying goes back
home. 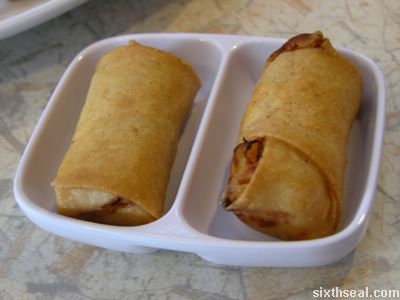 Here’s the mini spring rolls…it was okay, nothing to write home about. 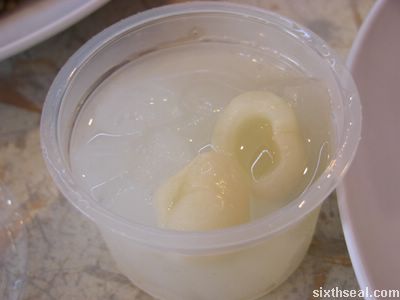 Rasa Ayamas has chicken that tastes surprisingly good and the price
is cheap for a meal for 2 in KL, considering what they’re offering.
It’s also salty and full of MSG and hey, that’s good enough for me. 🙂