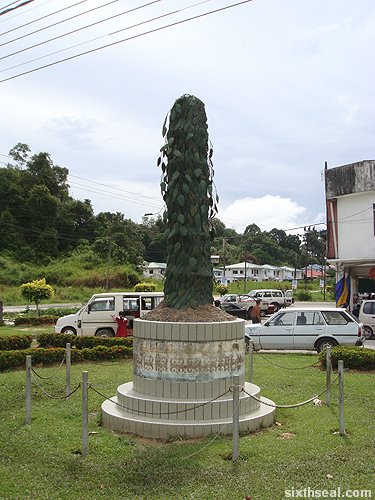 I have been told by Will that there’s a famous place serving Big Prawn Mee at Jakar so I made a road trip down there with Katherine during the weekend. Jakar is a small town about an hour’s drive away from Sibu. Jakar is apparently famous for their Sarawak pepper cultivation, as can be seen by their official mascot (?). It doesn’t really help that Jakar sounds exactly like the Malay word for penis with their phallic looking emblem. 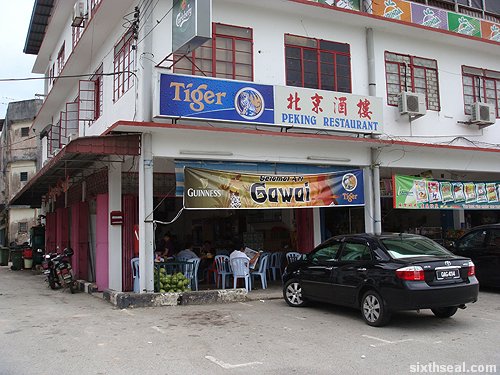 Peking Restaurant in Jakar is the place to go for the Jakar Big Prawn Noodles. Jakar is located to your right as you drive into the Kuching highway and Peking Restaurant is near the pepper tree ornament. I took 1 hour and 15 minutes to get there due to a couple of wrong turns but only 59 minutes to get back – and that was maintaining a constant 120 km/h with a lowest speed of 80 km/h and reaching a highest speed of 150 km/h. 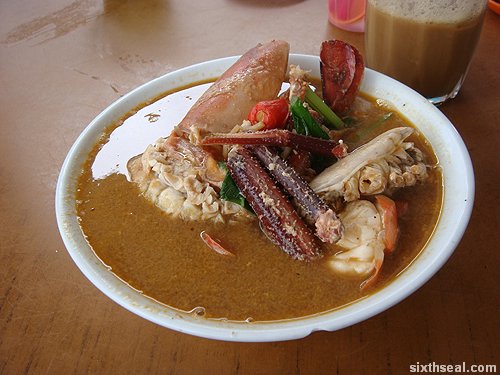 Katherine and I both ordered the Jakar Big Prawn Mee (RM 15). The waitress asked us if we wanted the “special” Jakar Big Prawn Noodles (which contains the large “antlers” of the prawn) and we replied in the affirmative. This is her bowl of the noodles. 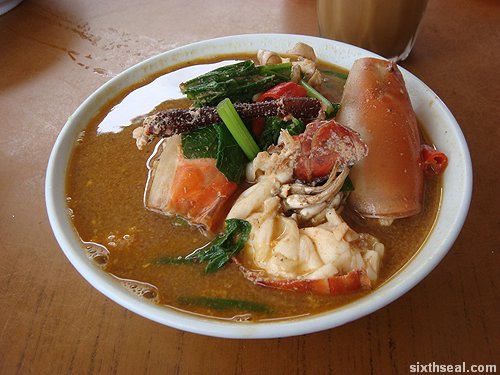 This is my bowl of the Jakar Big Prawn Mee. There is no difference between the two – we both ordered the same thing, it’s just here for…er, illustrative purposes. 😉 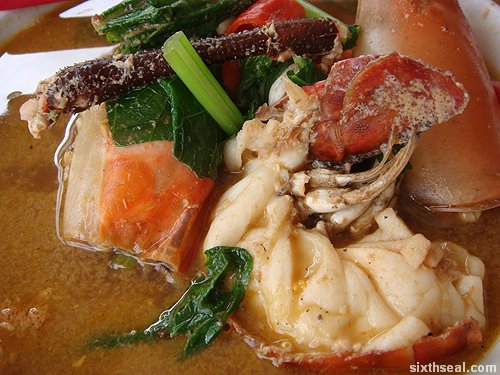 The Jakar Big Prawn Noodles contains one (1) big prawn cut diagonally with the head and the “antlers” (would someone be kind enough to tell me what this is actually called?) included. The noodles are cooked Foochow style with the soup infused with the tasty prawn essence. It tastes delicious! I would rate this as better than Min Kong Big Prawn Noodles but the 1 hour drive there would make this a costlier dish due to the recent petrol price hike. 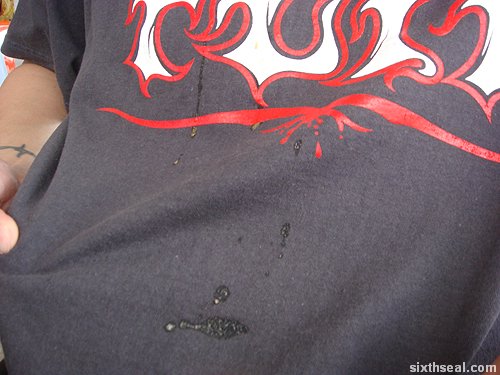 I heeded Will’s advice and wore a T-shirt in a dark shade due to the splash damage I incurred during my previous expedition for the Sarikei Big Prawn Asam Tom Yam Noodles. Unfortunately, some splash damage did occur again, but Katherine claims it’s inevitable with dishes like these. Oh well… 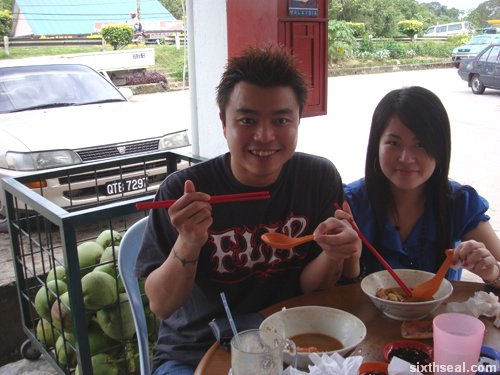 Nevertheless, it was a nice road trip to check out the famous Jakar Big Prawn Noodles. It’s a long weekend since Saturday is a gazetted public holiday so there’s time to drive around and do some Rural Adventuring (TM). 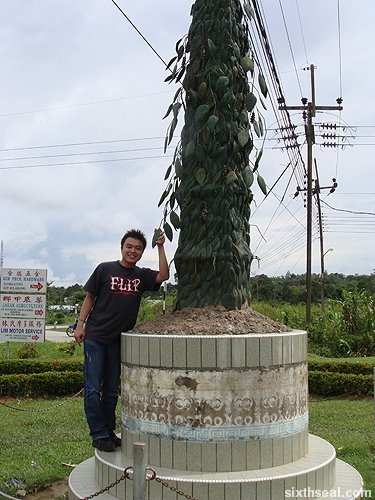