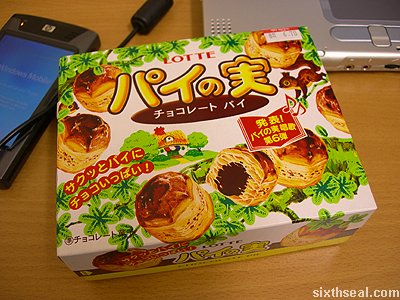 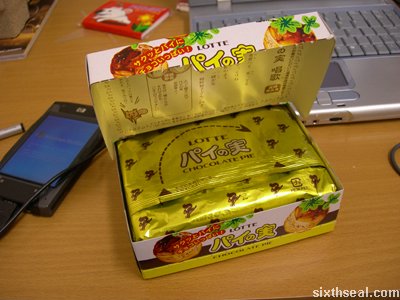 Lotte Chocolate Pie opens up like a box from a perforation that runs along the side of the cardboard box to reveal a gold foiled package. This is a Japanese import and the package has a semi-circular perforation for an impeccable presentation. 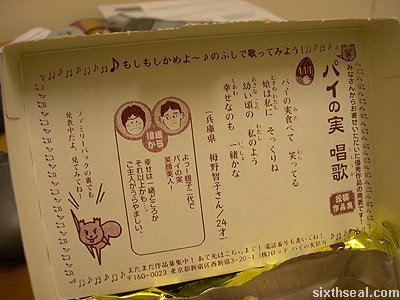 The box even has illustrations and lyrics (all in kanji) which I think you’re supposed to sing along to (in a forced jovial tone) while you consume the baked chocolate pies. It seems to tell a story about a wayward fox from my limited linguistics understanding. 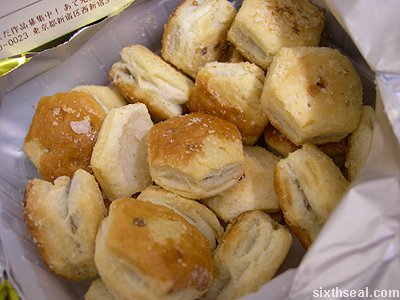 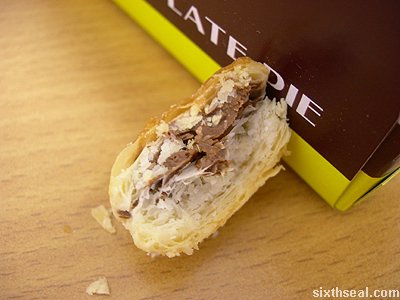 Oh, nano nano, it drives me crazy! I really love what it does to me! 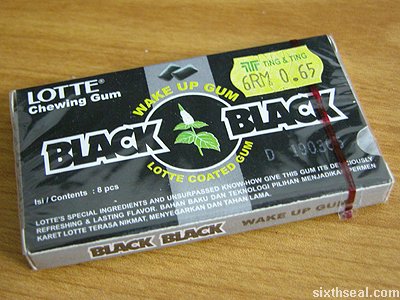 This is the illustrious Lotte Black Black chewing gum – the caffeine
gum from Japan. Except this one isn’t made in Japan…it’s manufactured
in Indonesia. I remember the Japanese Lotte Black Black imports the
Asian grocery store used to carry when I was in Melbourne. I thought it
was alright – caffeine gums! It didn’t do much for me though, since I
used to take No-Doz (100 mg caffeine tablets) like candy so I have a
tolerance to caffeine. 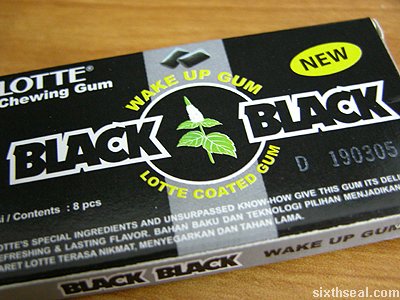 I haven’t seen Lotte Black Black gum in Malaysia though, and I was
surprised to see them at Ting & Ting’s. Lotte Black Black Wake Up
Gum retails for RM 0.65. This version is packed in a cardboard box
instead of the normal chewing gum stick format. It also has a prominent
Wake Up Gum sign in the middle, as can be seen in the photo above. 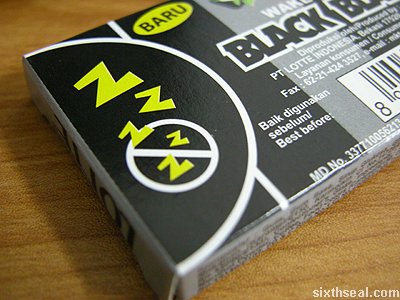 They even had the sheer audacity to put this image at the back of the packet. Zzz stopped short by a universal “No” sign.
Hmph…we’ll see…
I’m the reviewer from hell when it comes to evaluating products with
stimulant properties and outrageous claims like this tend to elicit an
unfavorable response.
What do they put inside? Methamphetamine? 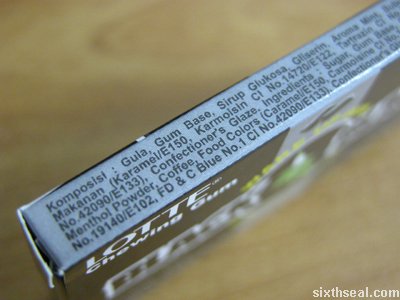 I did notice a difference between the Japan made ones and the
Indonesian made ones though. The Lotte Black Black from Japan lists
caffeine, gingko extract and some other ingredients which I can’t
remember. The Indonesian ones that we get here doesn’t have that many
items, and it lists coffee instead of caffeine as the active ingredient. 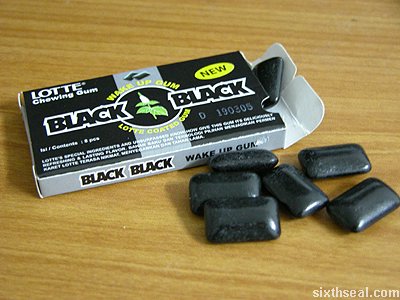 Anyway, I opened the pack and found 8 pellets of gum, which looked
rather crusty and had white discoloring on the surface of each coated
gum. I popped all of them and chewed…and waited…and waited…and
waited. I am forced to conclude that the caffeine content in these gums
from Indonesia is very low and practically undetectable. Please do
yourself a favor and buy a cup of coffee instead.

I rate Lotte Black Black Wake Up Gum (Indonesia) as a completely
worthless product with no redeeming features. Hell, I would have fallen
asleep during the taste test if it weren’t for the administration of a
superior stimulant (which will not be named since it’s irrelevant to
the review) to keep myself awake.

Wake up gum, my ass…