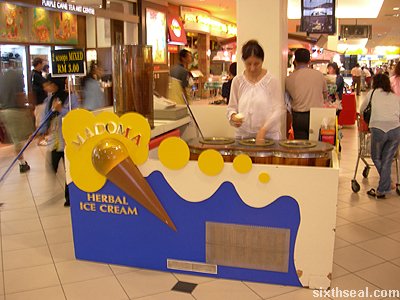 I noticed Madoma’s Turkish Herbal Ice Cream at the
LG Floor of Mid Valley Megamall. There was a woman holding a steel rod
vigorously stirring the long, deep ice cream containers. Intrigued by
the unique home made ice cream presentation, I decided to sample this
Turkish herbal ice cream. 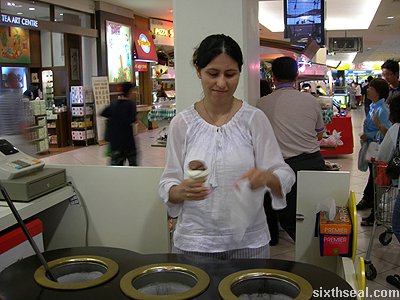 The proprietor told me about how they made the ice cream (she called
it something else, but I promptly forgot what she said, except
something about orchids). She’s of Turkish descent and this is…well,
Turkish ice cream. The texture looks more like gelato than ice cream
though the difference is subtle…like, er…sorbet and ice
confectionary. :p 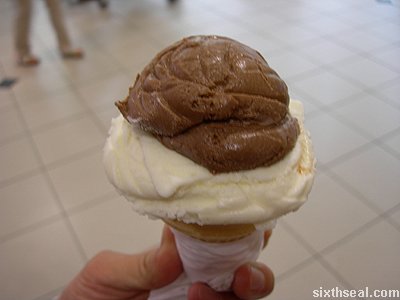 I got a cone for RM 3. There’s two flavors on the cone and the
customer has an option to choose two flavors out of…well, three, ice
cream steel pits. It tastes good…it’s like gelato, and I was told
it’s sorta like the Turkish version of gelato….but for the life of
me, I can’t taste the “herbal” bit in the Turkish Herbal Ice Cream.
It’s good though…