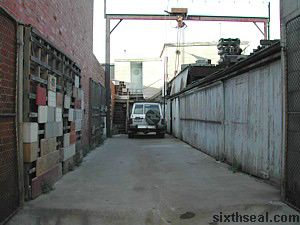 I spent most of the day in uni today. I went in the morning to meet
up with my group mates. We were supposed to get together and practice
for a presentation at 2:30 pm. At least, everyone in the group thought
it was 2:30 pm. After careful perusal of the IE website, it was
discovered that the time we were meant to do the presentation was 4 pm!
This of course led to much grumbling over lost sleep. 🙂 A good deal of
finger pointing was made, but we could not isolate the person who
started the “2:30 pm” meme.

Anyway, we ended up spending most of the time fixing some minor
issues with the code anyway. It was 3:30 pm before we all went to have
lunch at Pot Luck and I think I’m feeling slightly uncomfortable
because I can’t actually eat very fast without indigestion. The
presentation went okay, and I just got back from campus because we had
to install our code into the actual server after that. 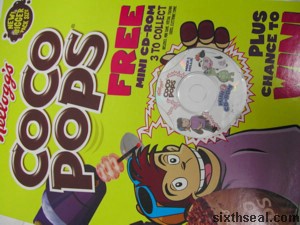 Well, I didn’t feel like eating anything for dinner, so I picked up
a box of Coco Pops. Kellogg’s always has some kind of promotion going
on with their cereals. A couple of weeks ago they were attaching the
full version of Age of Empires (the first one) to one of their cereals.
I didn’t get it though because it was one of the unholy “healthy”
cereals. I think it was Chex or something. I only go for the good stuff
like Froot Loops and Coco Pops. 🙂

Anyway, the 3 inch CD inside the Coco Pops box had a game called
“Raging River Rapids” (gotta love alliteration) which features Coco the
monkey trying to navigate a river with three logs strung together. The
logs look strangely unappetizing and conjured up images of a non-food
nature. There was also a comic, wallpapers, cursors etc. The standard
Flash stuff.

Oh, and that alley is the one beside the Huntingdale train station.
I liked the play of light and shadows…nah, I’m being pretentious. I was
just attracted by the pretty colors of the masonry to the left of the
alley. Man, I’m talking so much shit today.