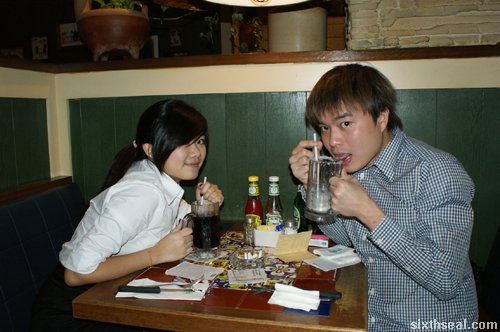 Saturday! I went out with Kamen for lunch last weekend. She was kind enough to help me film a video (more about that in due time). I have to admit, the weekend was a bit of a blur…I know Friday, Saturday and Sunday happened but the specifics escape me… 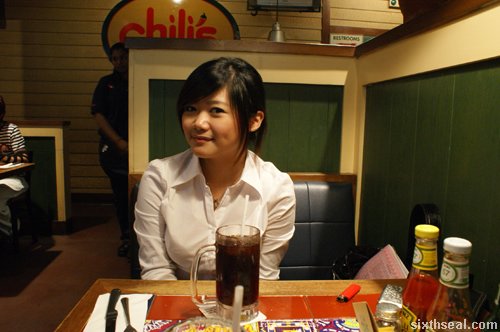 I just got my car out of the workshop on Friday and not 18 hours later, drove it straight into a mini longkang at MidValley. The sign says there are 20 parking spots left, but I’m telling you it’s a LIE. It’s a DAMN LIE! There weren’t any visible spots so I was forced to park between a car and a hard place with disastrous results. 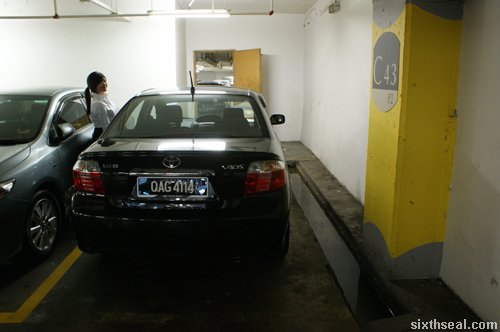 This is the evil ditch. I drove into it and while reversing out, my car hit the wall, scratching and denting the right side of my car. Lest you all have collective amnesia, let me reiterate that I JUST GOT MY CAR OUT OF THE WORKSHOP after paying RM 980. Hmph. 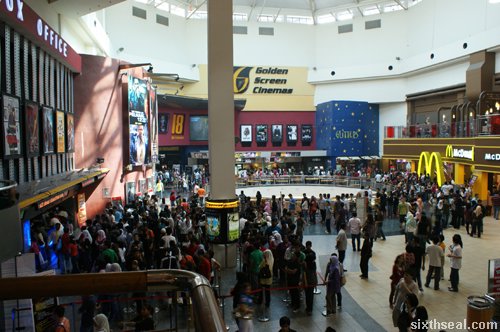 Anyway, we were planning to catch HP: Half Blood Prince but just look at the queue! I tried getting Gold Class tickets but even that was sold out. 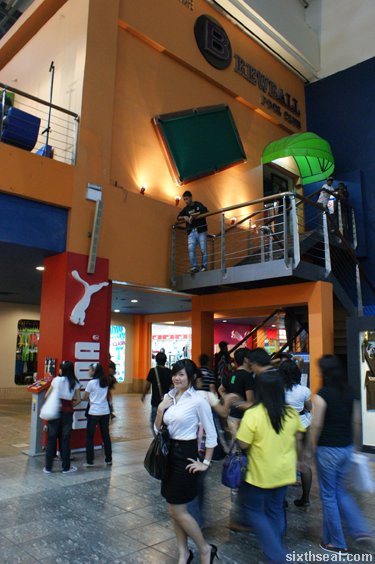 Thus, we adjourned to Brewball to play pool. I like Brewball for two reasons: 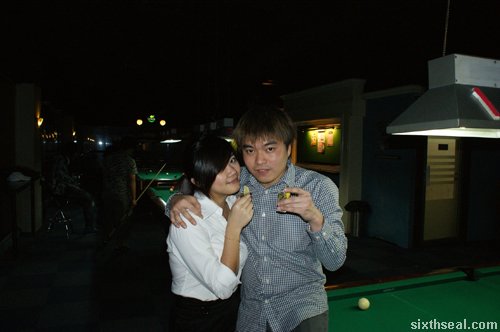 Pool. Alcohol. It’s one hell of a combination. 😉 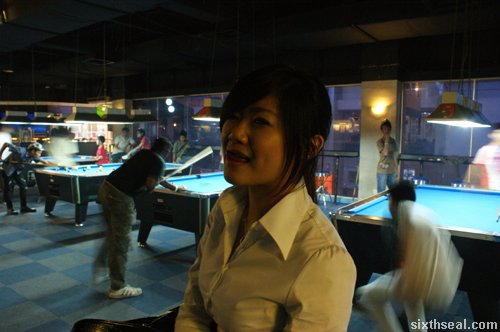 It was damn packed though and I had to use all my charm and persuasiveness to induce the lady at the counter to let us have a table. 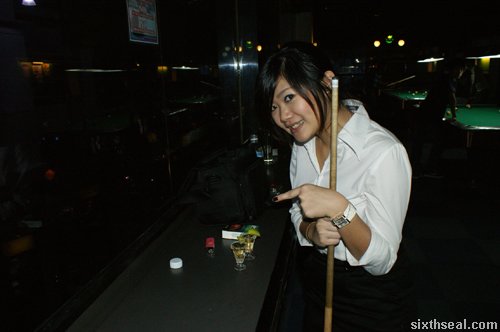 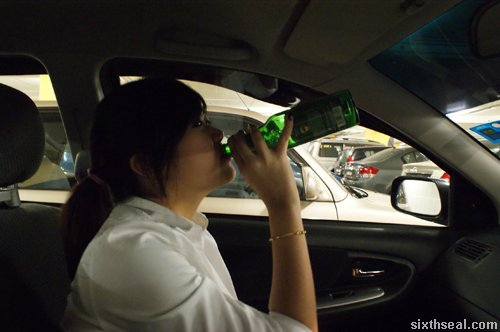 …and a jug of beer (we were drinking even before this) Kamen beat me in pool. >.< 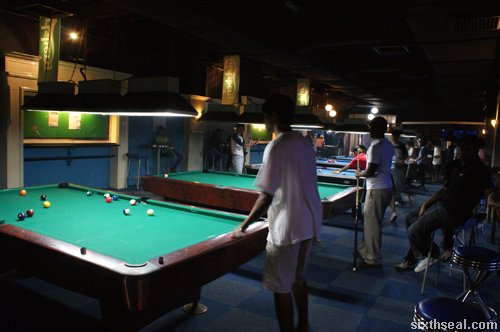 It was damn fun though – she’s really intelligent (and she’s in law school) so it was great talking to her. 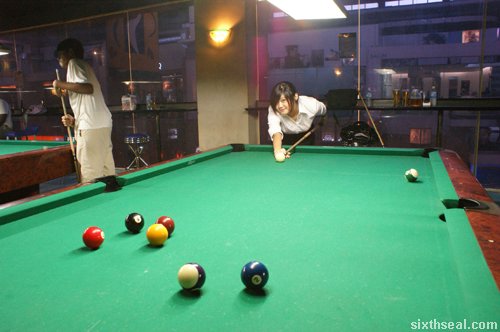 The sequel in the series of unfortunate events happened as I was driving her home…I might (or might not) have had more to drink than I should and I ran into a curb while exiting MV. I am quite familiar with curbs (I consider them bosom buddies) so I didn’t think much of it…until my car started to veer in strange and unusual directions. 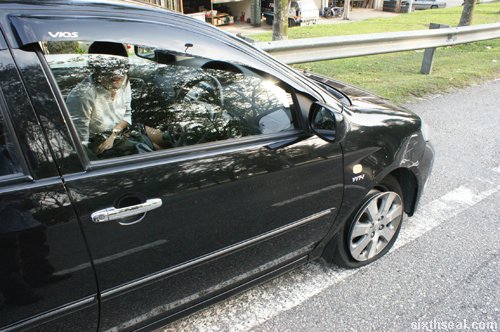 It turns out that the encounter with the curb caused a complete blow out of my tire. I couldn’t stop coz it was a highway so I drove to the nearest gas station (a good 1 km away) to get my tires replaced. 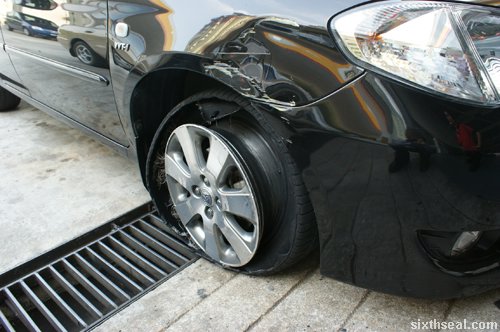 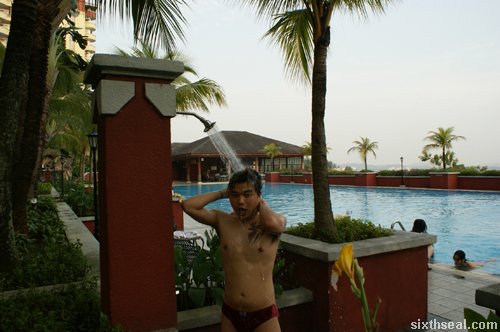 Anyway, while waiting for my tires to be fixed, I went swimming in Kamen’s condo. The swimming pool there is fucking awesome – there are rock formations and the pool area is huge, so without a second thought, I stripped down to my briefs (despite not having towels or a change of clothes), showered and jumped into the pool. 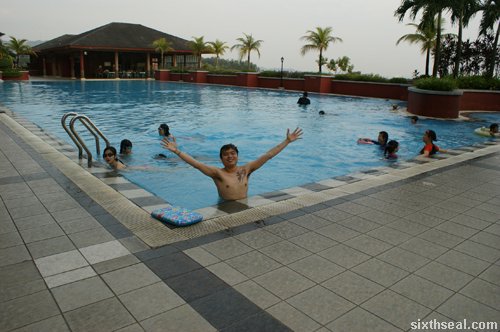 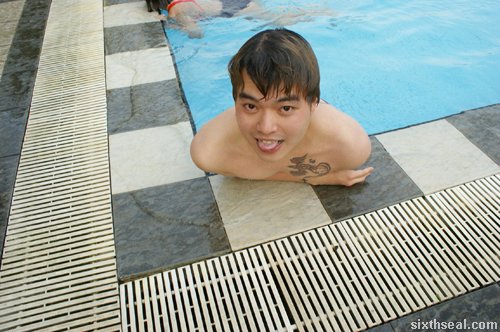 Thus, despite the encounter with the wall and the blown tire, I had a lot of fun on Saturday. The not-so-fun part was waking up at 6 am on Sunday for my drifting course. Next post, stay tuned peeps!