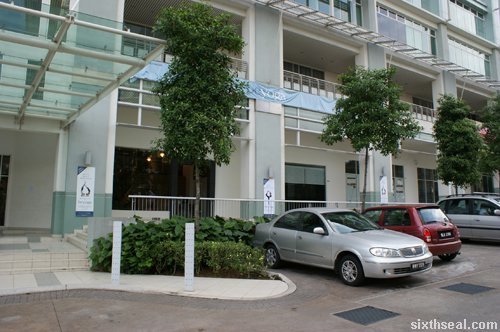 I’ve watched a lot of people at my office get bitten by the yoga bug. I’ve been tempted to start myself, except I keep telling myself I have no time. I suspect that’s my usual excuse for maintaining my sedentary lifestyle (and apparently, I’m not alone – met Chics who said the very same thing). Heh! 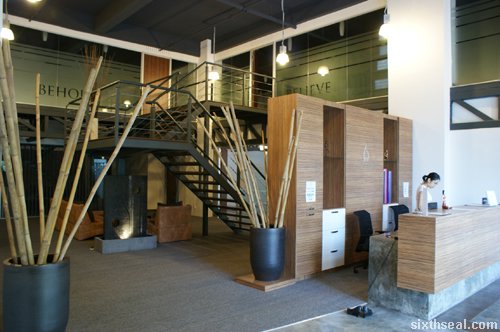 I was intrigued when Ninie emailed me about her new place and asked me to drop by last Sunday. beyoga is located in Metropolitan Square and it’s not too far from where I live. The session was quite early on Sunday (it’s almost illegal to get someone to wake up at that hour on a Sunday) but I said okay coz I’m really interested to know how this yoga thing goes. 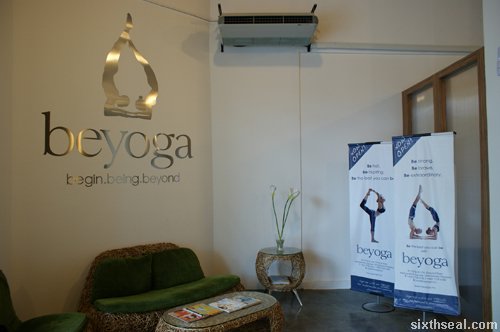 beyoga is a really nice place – the interior is very Zen, and despite being the only guy there, I felt very much at ease. The full length mirrors allow me to see Ninie regardless of whether she’s in front or at the back and check if I’m doing it the right way. It’s my first lesson so I was a bit unfamiliar with the asanas and needed a lot of visual reaffirmation. 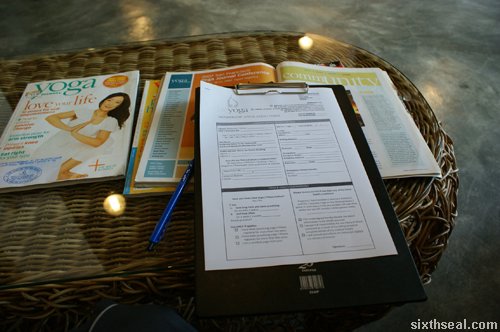 I think the thing that sold me was Ninie asking the reason we’re all gathered there on that fateful Sunday. What is my purpose of doing yoga? I thought about it for a while and realized there are two reasons – to feel better about myself and to correct my horrible posture. My mom never told me to un-slouch myself when I was a kid and over the years, I’ve developed a bit of a slouch – a problem I have struggled to correct. 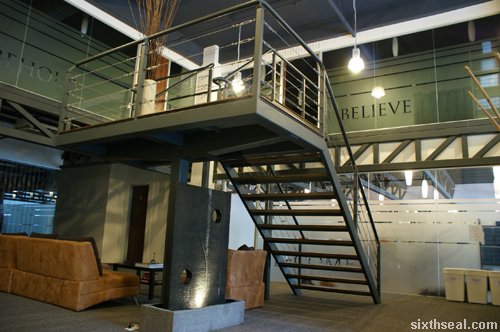 I’m hoping that all the bending and twisting involved in yoga, as well as the emphasis on correct posture, will get me to stand (and sit) straight. It is a 28 year habit, but it’s never too late to start taking remedial steps. 🙂 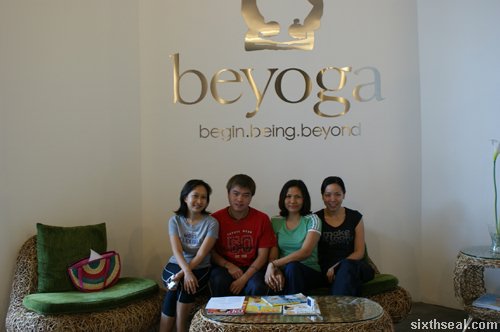 The lesson started with stretching before moving to basic poses like the Downward-Facing Dog. We then proceeded to do the Cobra Pose and more complicated asanas that required feats of dexterity that I didn’t know I possess! 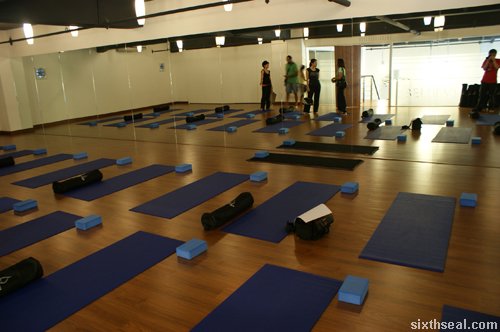 I surprised myself by successfully clasping the small of my back with my hands and pulling my legs straight up. Ninia told me I was pretty good for a first timer, I’m not sure if she was just being kind or it has a grain of truth in it. I’m inclined to believe the latter. 😉 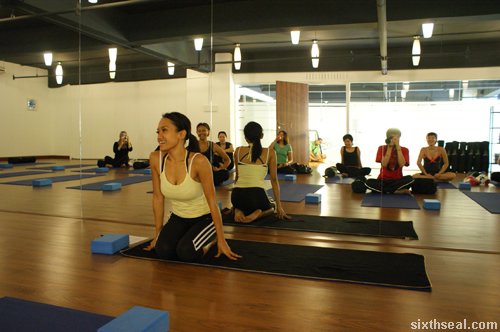 I felt a nice afterglow (endorphins?) for the entire day after the yoga session. Yoga can make you feel better and more confident about yourself too – another plus point. It’s not just for females, contrary to popular belief. Anyone can join yoga (just look at me – I drink and smoke) and I’m STILL going (although I felt really bad about smoking a cigarette after yoga :p). 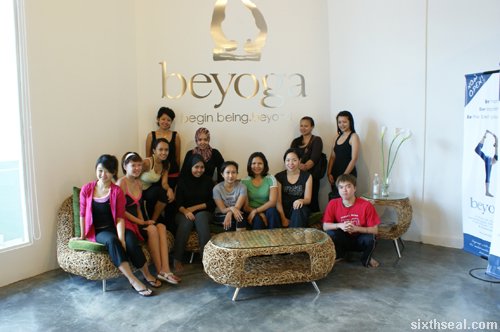 Lead a healthier lifestyle if you must (no caffeine, nicotine, alcohol, fat etc) but if you’re not willing to make drastic changes to your lifestyle just yet, hold back and get a feel of yoga first. 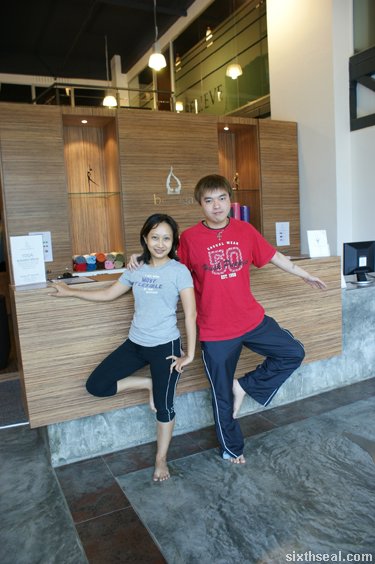 You might be surprised to find out that you actually enjoy it.

I have bent myself in ways the human body is not meant to be twisted (at least IMHO) and I FELT GOOD after the session. 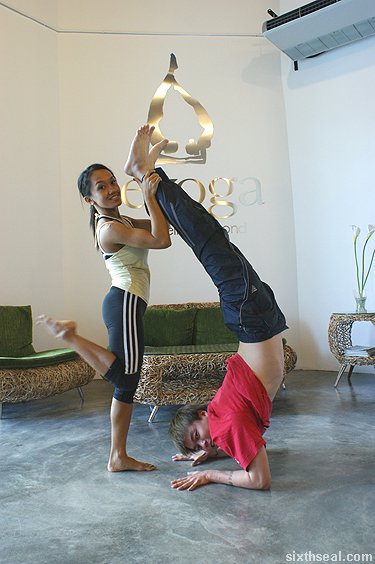 I’m going to make this a regular thing (including the horribly early Sunday session) coz it seems like the world is brighter, nicer and happier when I do that.

Exhale all your bad feelings, be a better person!