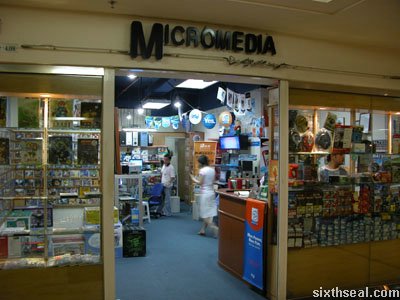 I bought a notebook at Micromedia in Sibu. I was struggling between
two ASUS models – the new A3000N (Centrino, integrated
camera/microphone) and another model based on the ATI Radeon 9100 IGP
chipset before finally choosing the latter. It looks better due to its
15.1 inch LCD compared to the A3000N 14.1 inch (which makes it look too
small). I also wanted it to be a desktop replacement and the 128 MB
graphics card does well in that. 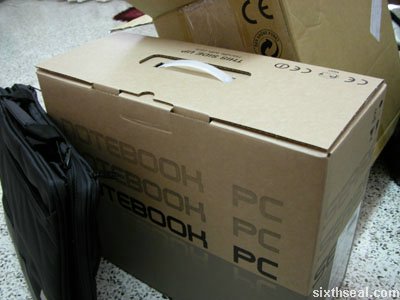 It’s not full Centrino system, but it’s running on a Pentium M 1.5
Ghz CPU (Dothan) and off the top of my head it has IEEE 802.11b/g, an
Agere dial up modem and a LAN port. It also has 4 USB 2.0 ports, an IR
port and two IEEE 1394 (FireWire) ports. I upped to RAM to 512 MB and
I’m surprised at the fast speed of the Pentium M 1.5 processor. It came
with a bundled optical USB mouse and the obligatory pack. I also got a
thumb drive as a free gift. 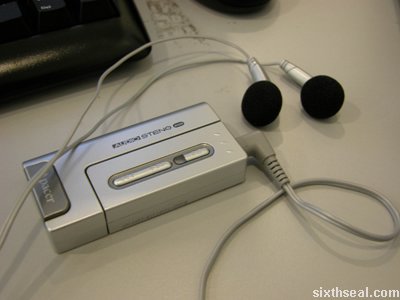 I also got a 256 MB Apacer MP3 player which also doubles as a thumb
drive. It all cost less than 5k. Before anyone jumps on me, I don’t
have that much money to shell out on a notebook. However, since my home
PC died, I am in severe need of a personal computing system and I went
for a notebook due to its portability and I can use it for work as
well. I’m paying for this on a two year installment plan, first year
interest free, and the second with interest. That means I shell out
about RM 179 or so every month, through a third-party (the notebook was
purchased and paid in full at the retailer). 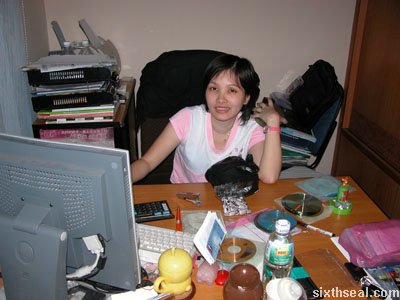 This is the one of the proprietors of Micromedia – Miss (?) Ling.
Thanks for being very helpful and willing to put up with me doing a
hard bargain. 🙂 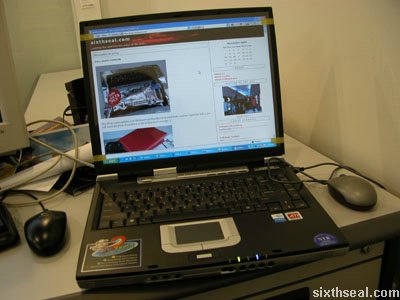 This is the sixthseal.com notebook in action.