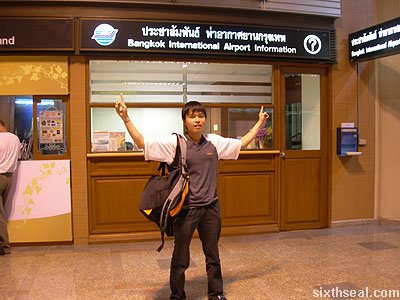 Sawadee ka! Greetings from Bangkok, Thailand. I just arrived yesterday and spent most of the night walking around. I’m staying at Siam City Hotel in Bangkok. 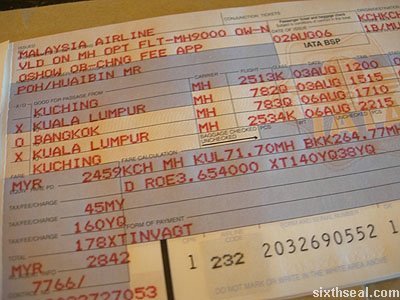 The flight from Kuching to KL to Bangkok was timed perfectly and Bangkok is one hour behind Malaysia (GMT +7) so I’m going to pre-date all the posts I make in Bangkok by one hour coz that is the time over here. 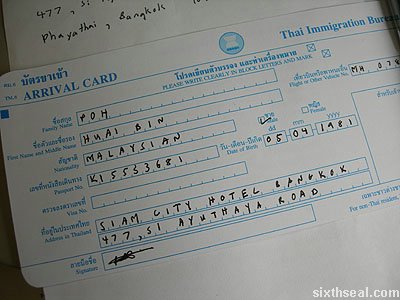 There is a Thailand immigration card that you need to fill in (both the arrival and departure details) so you can clear customs real fast (took me all of one minute). The immigration in BKK airport has one of those new Logitech webcams that swivel to your direction. 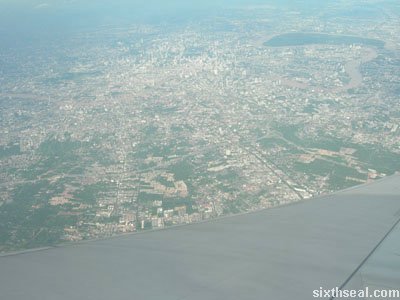 I arrived at Bangkok International Airport at 4:30 pm local time (that means the time in Thailand, not Malaysia) which would be 5:30 pm back home. 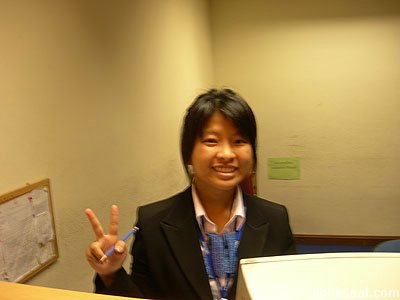 The people in Thailand are decidedly more polite and accommodating and friendly than the Malaysian counterparts (sorry, it just had to be said). Which part of it is due to the tourism industry is debatable but I haven’t had a bad experience so far. 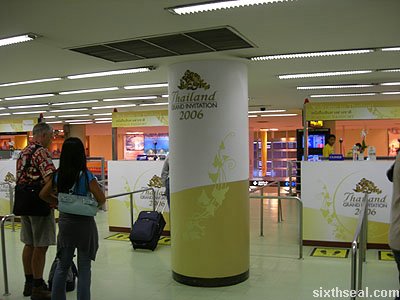 I breezed through BKK customs via the green lane (who said Bangkok was strict?) and took a taxi to Siam City Hotel from the airport for 650 baht (about RM 65 or US $30) coz I wanted to do the tourist thing at night. 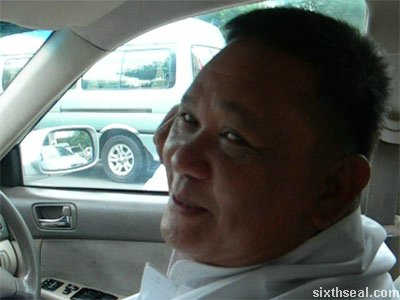 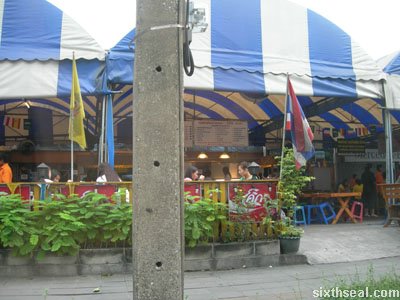 Check out the video, I took it in the airport limousine service and the driver was kind enough to teach me some Thai phases (khopun kap – that’s Thank You in Thai) and even took the liberty of passing me a catalogue for a massage center close to my hotel. 😉 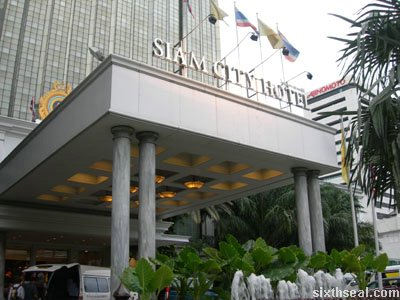 This is Siam City Hotel, Bangkok where I’m staying. I’m staying at this place coz it’s clean (just got a new tattoo and gotta take care of it remember?). I’m more of a traveler than a tourist, but then there’s also this event I wanted to gatecrash (more about that later ;)) 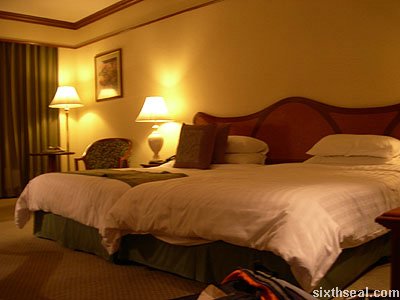 I tipped the driver 50 baht coz he was being real nice and told me where to catch some real muay thai (Thai kickboxing) action and taught me some Thai phrases which I used immediately upon arrival at the hotel. I think the receptionist was quite impressed but she told me that it’s gender specific, khopun kap as a gender neutral but decidedly masculine tone and khopun ka (without the p sound) for a more feminine address. 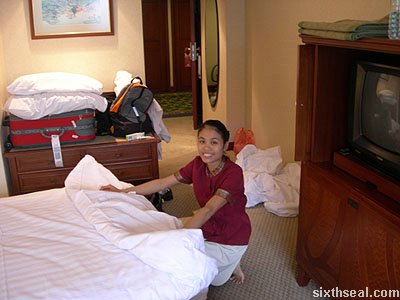 I’m rambling a bit over here…there’s so much to share with all of you, I’m having fun over here in Bangkok. I’m going to make more posts today okay? In sequence, as a travelogue, did so much in a single day over here and net access costs 640 baht for a day (that’s a whopping RM 64) so I might as well make good use of it right?

Till then, la got!