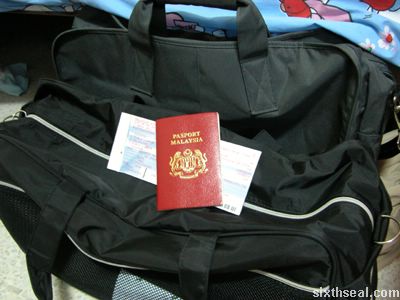 Greetings, my excellent friends! This is the last post I’ll be
making before leaving for Melbourne. I will update there, but posts are
likely to be sporadic since I’ll be very busy once I get off the
flight. Anyway, due to a mess up with bookings, I’ll be staying at UniLodge
[unilodge.com.au] on Saturday and Sunday. Technically staying anyway, I
won’t be in for most of the day. It’s the one smack dab in the middle
of the city (Swanston), beside Melbourne Central, the one with a Subway
beside it. I’ll be moving to The Paramount [theparamount.com.au] after the first two days till the end of my stay.

I will be going to the Deviant Species
[deviantspecies.co.uk] (dark sounding psy, lovely!) headlined outdoor
rave (which makes it technically a doof?) at the abandoned mountaintop
airstrip on Saturday, right after I arrive. It will be fucking awesome,
I’ve been looking for an event to put a cap to the Melbourne scene, and
I had thought the Lab4 one at Hard Kandy would be good (the circle
completes), but I will not be able to make it to that one due to my
flight.

However, my buddy Liam, who happens to be staying at halls over the
summer, told me about this psytrance event and it sounds absolutely
perfect – the venue sounds amazing, and it’s has an underground feel to
it. Call (03)88104396 for venue details. I’m looking forward to this
one, good thing Liam has bought himself a car so transportation is
sorted. 🙂 Yeah, Liam is the same guy some of you might remember in the
“last rave” in Melbourne [sixthseal.com] before I came back.

This will go on till Sunday so I’ll have one day to recover before
my convocation ceremony on Tuesday. T+ 48 eh…prognosis doesn’t look
all that good, but that’s never stopped me before. 😉 It will be my
last (really) rave in Melbourne in the foreseeable future, so I’m going
to have fun. You go in hard, and you go in fast! Don’t stop! Which hard trance song has this sample? Name the song title. Hint:
The one word title is biblical in nature and is tied to this site’s
domain (sixthseal.com) in the events depicted in the book of Revelation.

The first one who gets it right will have to email me a postal
address to receive a gift. The gift will be something from a headshop.
Should the winner be from Malaysia or another restrictive country, it
may be considered “drug paraphernalia” or “counter culture”, so there
is the option to request an alternative item, or accept the gift at
your own risk. Naturally, the item will be mailed from Melbourne and
the contest will end on the 17th of December 2003 at 12:01 am so I’ll
have time to send it out the next day. If there isn’t a correct answer
by that time, the prize will go to a commentor (on this post) chosen at
my discretion and the winner will be announced.

This is important: The winner must agree to provide a photo
of himself/herself with the prize (upon receipt of the gift) for
publication on sixthseal.com. If the winner does not own or have access
to a digicam, a photo print from a non-digital camera can be mailed to
a physical address which I will provide or scanned and emailed to my
email address. By doing this, the winner agrees to transfer full
ownership of the photo to sixthseal.com and forfeits all rights to the
photo, thus giving sixthseal.com full ownership and copyright to the
photo. Obviously, this is based on trust, so please don’t agree unless
you’re willing to fulfil the above requirements.

You can comment on this post without entering the contest, the
contest is based on the correct answer to the question above. However,
commenting on the post without answering the contest question qualifies
you as the alternate winner in case where there is no correct answer,
though you will be given the option to decline if you don’t agree to
the contest regulations. Another alternate winner will be chosen based
in the case this happens until someone who agrees to the conditions is
selected. sixthseal.com reserves the right to publish all (if any) the
names of the alternate winners who decline. Without the pretentious
legalese, this just means I’ll say something like “xxx was contacted
for (reason) but declined. yyy was then contacted for (reason) and
agreed. yyy is the alternate winner.”

Anyway, we’ve digressed far from the real reason I’ll be going to
Melbourne. 😉 Regarding the graduation ceremony, it will be at Robert
Blackwood Hall @ 8 pm, and since it’s summer, it should be relatively
light during the photography session after the regalia hire. I will be
using the on-site professional graduation photography services, would
be doing the standard boring degree in hand, smile on face, “I have
graduated from university” pose with a backdrop of bookshelves…as
well as family shots (all of them will be there) and…unorthodox ones. =D

No one would possibly want to publish the unorthodox ones, so, dear
readers, anyone with deep pockets who’s willing to put out the
obligatory “announce to the whole world that someone has graduated” ad
with a very subtle and discreet subversive message will have my
external thanks as well as the shared notoriety of (probably) the first
subversive graduation congratulations ad of this manner in the history
of Malaysia! 😉

I’ve always had a bit of a pet peeve at the “I study 16 hour days
and I attribute my good results to the blood, sweat and tears from
that. Self discipline is very important, I force myself to study when
people go out to have fun and I don’t have a girlfriend because that
will affect results.” type statements in UPSR/PMR/SPM/STPM high
achiever interviews. I’ve seen other people with similar results say
“Hmm…never did study till the last 2 weeks…crammed my ass off and
what do you know, straight A’s. I’ll be damned.” but those never get
printed/shown, presumably to not affect those poor impressionable minds
out there.

My unofficial graduation photo would be one which accurately shows how I got through university. 😉

The next update will be from Melbourne. Till then, take care of each other and have an excellent weekend!

Set engines to Warp 9. Engage! Bring us out of here.