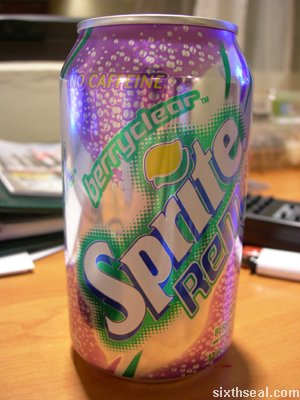 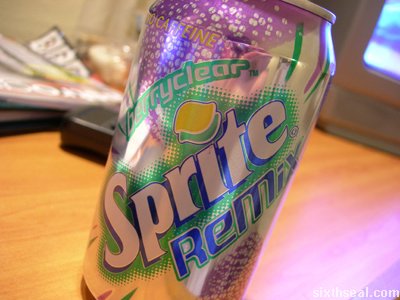 The promotional liner goes “Sprite Remix is back with a new flavor
to satisfy your thirst. Berryclear Sprite Remix has taken what people
already love about Sprite, added in a mixed berry flavor and created a
new taste that is crisp, clean and refreshing.” 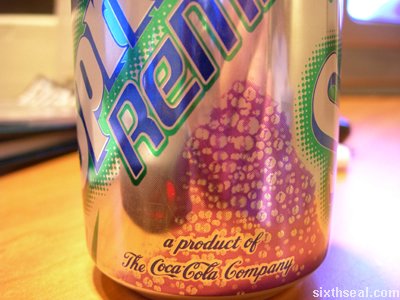 That’s the most appropriate adjective to describe the Sprite Remix
Berryclear – it’s crisp, that citrus tang that’s subtle, but
detectable, tantalizing the taste buds. I can’t identify the various
berries that went into this, but the drink certainly is thirst
quenching. There’s no hint of the classic Sprite taste (which I do not
like) and the packing feels very “summery” – the Sprite Remix looks and
tastes like a totally new product. 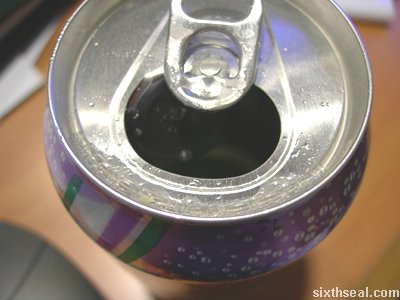 The drink is partially clear, with a slight tint and it seems to
have bits of fruits in it. It’s not too effervesant and it’s not sugar
packed unlike the other products in the same line. It tastes like the
fruity bubbly mineral water that was all the rage a couple of years
back, remember those?

The interesting thing about the Sprite Remix line is the website
tie-in by Coca-Cola which allows users to listen to music, select
tracks and burn them into a CD. Here’s the official Sprite Remix site [sprite.com]. The interaction afforded by the site is novel, and this level of product launches is a laudable move.