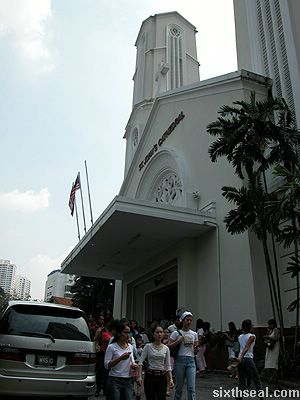 It’s Sunday today and this is the first time in recent memory that
I’ve been to church. Granted, my eyes glazed over sometime during the
middle of mass, but anyway…:) I moved out of the hotel early this
morning and put my stuff at my gf’s place and now I’m updating at
Richard’s room. I’m bunking with him until the room vacancy at my gf’s
house opens up at the start of next month, about 7 odd days more.
Anyway, the mass was held at St. John Cathedral, somewhere around the
Kota Raya area as far as I could ascertain. 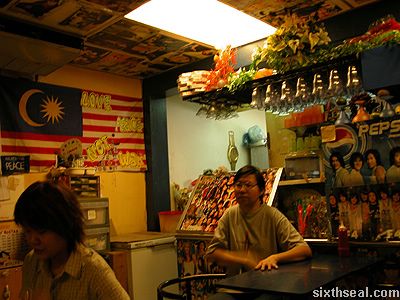 Well, I was with my gf, her brother (Richard) and her brother’s gf
(Alice). Mass was followed by lunch at CU There, somewhere near
Petaling Street. It was air conditioned and the interior and ambience
is interesting to say the least. 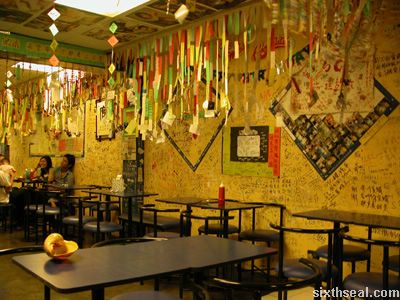 There is a wall filled with scribbles of love messages from couples
and the rest of the real estate is covered by posters of artists of all
sorts. There’s also a music area: 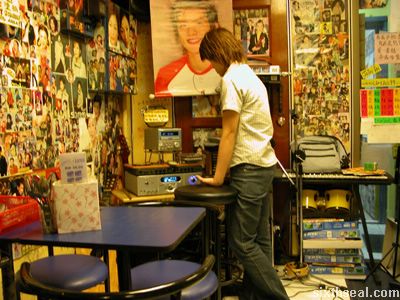 and the toilets are covered with jokes… 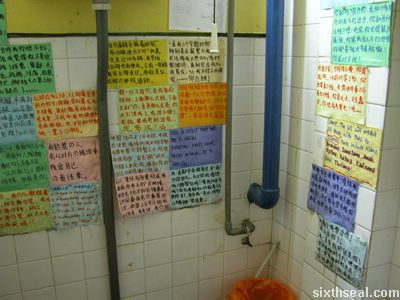 I had the prawn steak (RM 7) because I was really interested in how they could come out with a prawn steak. This is the dish: 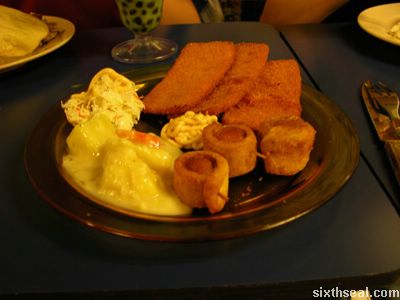 Anyway, here’s a photo of us: 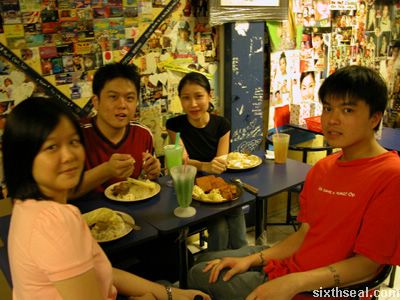 Later, we went to Sunway Pyramid, where there was dance performances
and two highly doubious Malaysian Book of Records entries. I got
pictures of everything, but those would be up tomorrow because I’m very
tired, as can be seen by my terse sentences. 🙂 I’ll turn in early
tonight and wake up tomorrow for a whole new effort in sending out
resumes. Later. 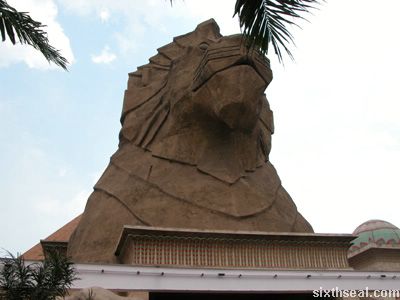 This will be up tomorrow.

Oh yeah, just watched on Edisi Siasat about the Africans (Nigerians?
Afica is a continent…the reporters are no better than the people
saying Asians (a diverse classification which spans from India through
Hong Kong and down to Indonesia) is the source of trouble in a lot of
Caucasian countries) who started a bit of trouble at Jalan Alor at the
hawker food center…I’m not sure when that happened but me and my
digicam missed it. 🙁 Not that there’s anything newsworthy unless shots
were fired, but still, it would make a good update. I won’t go into the
racial vilification and distrust this produces, I’m against that of
course (the expose ends with “Be carefull of people of African
descent”), but sixthseal.com is just about personal stuff, drugs (by
veritas) and news that I happen to witness. :p

One last thing, sorry about the photos being dark…I didn’t realize
it on my monitor (with big ass gamma), only realized it here. Will take
that into consideration in the future. Here at sixthseal.com, we always
aim to please. or something. 😉 Nevermind me, I’m too relaxed right now.