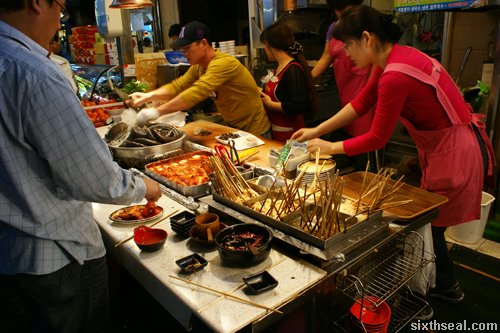 Tteokbokki or Dduk Bbok Kie as our Korean interpreter Kim spells it is a popular street food in Korea. I only knew that after I had it though. Three of us were walking around the streets sans interpreter and stopped to grab a quick bite to eat before heading back to the main event. 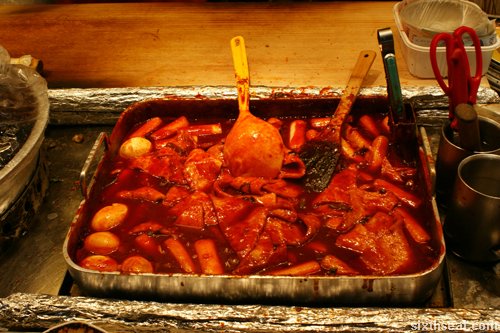 I caught sight of a group of locals congregating around this stall which sells some kind of spicy looking pottage. I don’t know what it is but it looks starchy and comes in a rather promising shade of red. The smell coming from the bubbling pot was decidedly pleasant and I concluded this was just the thing to have on a chilly autumn night. 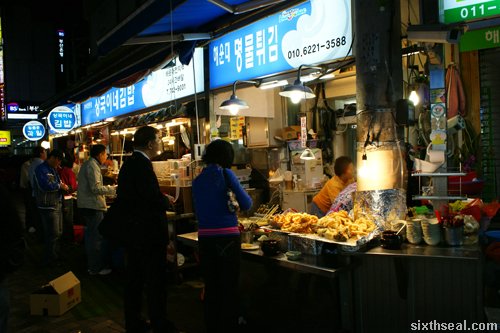 We were in huge market somewhere in Busan and attempts to ask what it was failed miserably. I wanted to know what it contains so I can write about it but finally gave up and did The Sign Language Thing (TM). 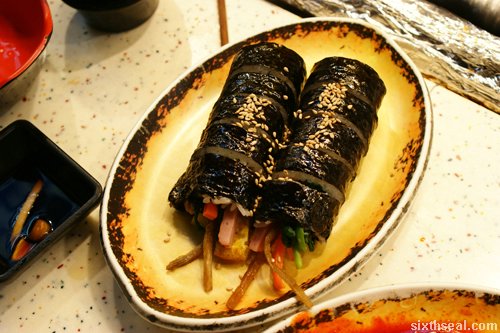 The Sign Language Thing (TM) involves using your index finger to point at the simmering pot, turn that finger 90 degrees to indicate one serving, and rotate it another 90 degrees to point towards yourself, demonstrating your intent. 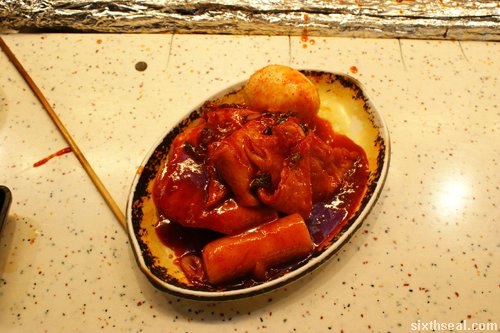 The Tteokbokki is served with a whole boiled egg, fish cakes, sliced meat, and tteok (a long rice cake with a texture like chewy dough) doused with a hot paste. It was surprisingly good. I love the hot sauce made with peppers – you can still see the chillis in the dish. It’s savory and spicy and costs 3000 Won (RM 8). 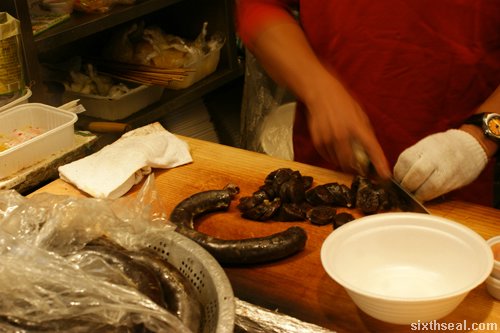 I was also given a pork sausage made with pork and starch as a “service”, which means free in their version of English. 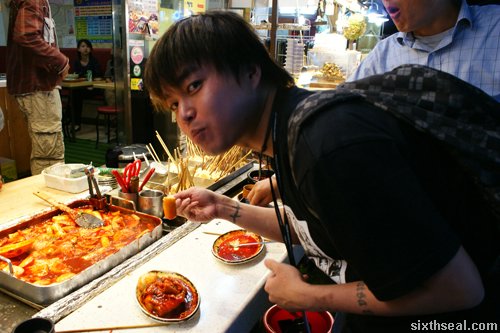 Anyway, I was standing there eating the hot Tteokbokki (though I didn’t know what it was at the time) when up came this hot Korean girl (or so I thought at that time) and explained in PERFECT QUEEN’S ENGLISH what the dish contains. I was flabbergasted and my jaw probably dropped in mid-chew, exposing the half eaten contents inside my mouth.

I’m sure she was very impressed. T_T

She translated what I said to the stall owner and vice versa and thanks to her, this post comes complete with the ingredients in Tteokbokki. 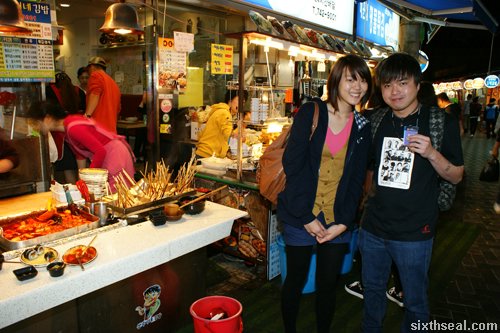 Oh, and I found out she’s a Malaysian studying in Seoul after talking to her. Heh! She was here with her friends for PIFF 2009.