Note: The series is meant to be read sequentially. It won’t make much sense otherwise. The first chapter is here [sixthseal.com].

It had become a routine of sneaking out for lunch at Desmond’s house
and maybe a beer (he always had some in the fridge) before coming
back…or not coming back at all. The latter was more common since I
did not have a lunch pass. You need one to get out of school grounds
and there’s a teacher on duty to check your student ID for the
compulsory fork and knife cross that grants you free passage from the
gatekeeper. 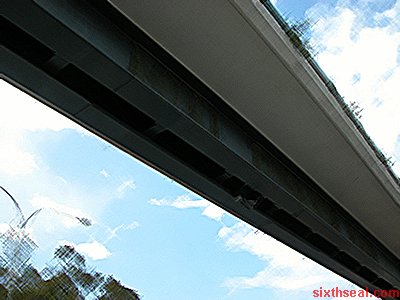 I had grown closer to Ah Boon and hung out with him a lot, as well
as Desmond and some of the other less academically oriented Malaysian
group. Tom was avoiding us and stuck with Aaron (his old friend) for
company. Chen is Chen, he just goes with whoever he feels like. Aaron
remained neutral and got along fine with us, but the both of them can
cause for some awkward moments. We had a couple of cigarette breaks at
Aaron’s house (which was near the school too), but there was a tangible
air of tension when Tom was around.

A lot of the people in the unofficial Malaysian international student’s society, L’association de Academia Apathetica
(either by choice or by nature) was in some way or other connected in
some degree to Ah Bi, and thus had some measure of aversion to Tom due
to the preceding events. Thus, by circumstance, it became a regular
thing for us Malaysians (mostly from Sarawak) to meet at the seats near
the canteen to go out for lunch.

This made getting out a daily gauntlet run for me, since I was the
only one without that sacred fork and knife stamp on my Student ID. The
“pack close to Kevin and flash the ID’s so he won’t get noticed” modus
operandi, the brainchild of Desmond, worked for a while before one of
the teachers on guard noticed that there was always someone shielding a
clear view of my ID and caught on to the ruse.

I guess you can only use the “Distract and Confuse” evasion method
that many times before someone catches on. The first time that
happened, I just told the teacher on duty nicely that my house was just
a minute’s walk away and I forgot something for class, which wasn’t
always an outright lie, at least not the first bit. I did live just a minute’s walk away from the school. The other part, it’s called being economical with the truth. 😉

That worked for a while due to the rotating shifts of the teachers,
I would just give the same excuse everyday…until the guard became
permanent. I tried variants of the excuse, but it clearly wasn’t a well
thought out strategy of deception, coz Desmond parks his car in front
of the gates and I got into it along with the others….with the
teacher, who still has very capable eyesight despite his age, looking on, as I was unfortunate enough to find out the next school day.

“You’re not getting into that car”, he said when we walked to the
school gate, looking directly at me. “Thou shalt not steppeth out! Let
there be no student, man or women, pass these gates freely, barring the
possession of the Royal Seal of the Lunch Pass, as is ordained by the
sacred School Rules, and as will always be.”

It was a standoff. Imagine a group of unmoving ten teenagers at the
school gates facing off a solitary Guardian of the Gates of Noon. We
started conversing in Hokkien about methods to thwart this inconvenient
twist of events. “You guys aren’t even supposed to leave in a group.
The lunch pass means exactly that – an allowance for students to go
home for lunch. Home as in your own home, not some friend’s place”, he
butted in, pious in his role of upholding Riccarton High School Rule
Number 23, Section 4.

“Look, I’m just getting a ride to my place, to save me the walk,” I
reasoned, looking at him with what I hoped was a righteously offended
expression.

“No can do. You don’t have a lunch pass, remember?” he shot back with finality.

“Well, I’m going to apply for one as soon as I get back,” I retorted.

“Lunch passes are given out before the start of each school term.
You’ll have to wait till the next semester for the application form,”
he answered, with what I swear was glee in his voice.

“So what now?” Desmond asked me in Hokkien. We had plans to skip the
second half of classes and go to the city. “I’m thinking,” I replied,
and surveyed the school grounds behind me. There were two girls walking
down, I know them from my Biology class – they were from Kuching, good
girls, and card carrying members of SAUSAGES (Society of the Asian
Universal Stereotype of Academically Gifted and Extra-studious
Students).

I had the feeling that one of them has a thing for me. She was
always trying to talk to me in Biology class and…well, make
accidental physical contact too many times to account with the
probability statistics. The abovementioned accidental physical contact
also lasted longer than the average, often with me having to break the
said contact. Plus, her friend told me. :p There you go. I didn’t have
any feelings for her, but that’s not the point of this chapter. I
looked at them…

…and I looked back at the gate and the wretched being standing watch beside it.

“Desmond,” I started excitedly, still speaking in Hokkien to
leverage on the language barrier advantage, feeling the familiar
adrenaline rush that comes with doing something impulsive. “Go start
your car.”

“What?” he replied, mystified.

“You all have lunch passes. Go out now and get in the car and leave
the right back door of your car open and start the car. Dennis, get the
others in your car and go first. Leave room for me in Desmond’s car.”

I was enjoying every moment…the adrenaline is peaking and I was
smiling like a loon, riding that slice in time/space, feeling it. Damn,
it always feels good.

“Yes,” I said, still wearing a wide grin which I imagine looks a lot like the one on the proverbial cat who ate the canary.

The teacher on duty was eying me with suspicion…he knows my
disciplinary record has been less than stellar and I have been getting
a reputation for being unpredictable and impulsive and my lack of
adherence to rules combined with a deep-rooted contempt of authority
made me a little volatile in the personality department. He knew
something was up. I didn’t plan on letting him down.

“Hey, Amy!” I called to the fast approaching girls. They smiled and
walked faster to my shouted greeting. I switched to Mandarin:
“Distract the teacher on duty, I can’t get by him.”

They hesitated in mid-step, unsure of what to do. They knew I didn’t
have a lunch pass, I’ve been griping about it in classes. I wouldn’t
ask them to do anything that would get them in trouble, they’re the
studious types that go through school without a disciplinary record,
and I wouldn’t put them in the difficult position of having to do
something that would jeopardize that. I just wanted the attention of
the teacher diverted for a while.

I looked at him out of the corner of an eye and saw that he’s starting to get wary with my persistent presence at the gate.

“Amy, you going out with Jia Jia?” I asked in English.

“Yeah, we’re going to the dairy shop,” she replied in Mandarin. “What do you want me to do?”

I hear the engines starting up.

“Cover me,” I grinned and spoke in Mandarin, “Show the teacher on
duty your lunch pass. I’ll be damned if he’s going to ruin my plans.
Just walk up to him and get his attention off me for a second.”

“You’re going to get detention at best if you’re thinking about
going out without permission!” she said in a mixture of apprehension
and admiration.

“I’ll worry about that tomorrow,” I told her cheerily.

I looked up and made eye contact with the teacher on duty and
grinned. He didn’t smile back. Oh well. It’s always the wolf that gets
to grin. Sheep don’t really have much to do with the grinning
department.

I watched Amy and Jia Jia go up to him and he seems intent on
keeping me in his sights…but he’s got to look down to check the lunch
passes. He maintained eye contact till the last moment, when Amy showed
her Student ID, before he glanced down.

I looked out. Desmond was watching me from the side windows. I love this; the adrenaline rush makes me feel alive!

I made a run for it. The teacher on duty glanced up sharply at the sounds of the commotion.

Except I wasn’t where he thought I’ll be…I looked back to see the
teacher turning to gawk at the sheer audacity of what I was doing.

“Go, go!” I shouted gleefully as I reached Desmond’s open rear door.
He stepped on the accelerator as I got in the car and slammed the door.
I had the presence of mind to look back and wave at the (still gawking)
teacher as we sped away laughing. I’ll always remember the look on his
face, as he stood impotently, one hand still holding Amy’s Student ID,
his torso in perpetual mid-turn, like a freeze-frame, with his mouth
forming a perfect O of disbelief…

I swear we laughed for a full 15 minutes.

“You’re definitely going to the principal’s office again for this,”
Desmond said when we finally managed to get the hilarious image of the
shocked teacher out of our heads.

“Mate, I hate to break this to you the hard way, but we’re all going, for this stunt,” I said with a crackle.

“Hey, as far as I’m concerned, some crazy guy jumped into my car as
I was about to leave for lunch,” Desmond joked as we headed towards
town.

It was good while it lasted…the juvenile behavior and harmless
fooling around while I was still attending (some) classes. Little did I
know that everyday life was about to get less innocent, more
complicated and a shade darker that very Friday.