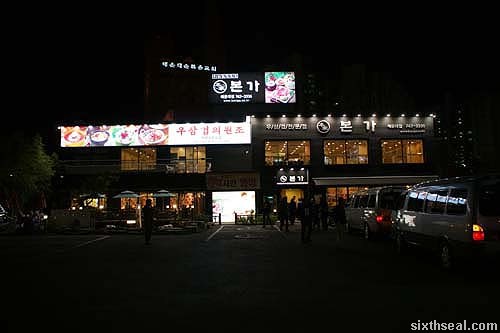 Bonga is a Korean BBQ franchise that I went to in Pusan, Korea. However, they don’t call it “Korean BBQ” over there, just like there’s no “Singapore fried noodles” in Singapore. It’s just BBQ. 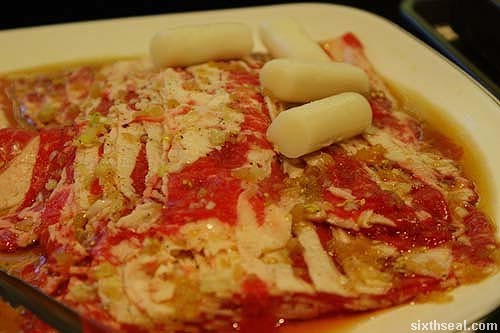 This Bonga place specializes in bulgogi which are succulent pieces of thinly sliced marinated meat that mere words or pictures cannot do it justice. It’s like the Matrix. I can’t explain what bulgogi is, you have to see it for yourself. 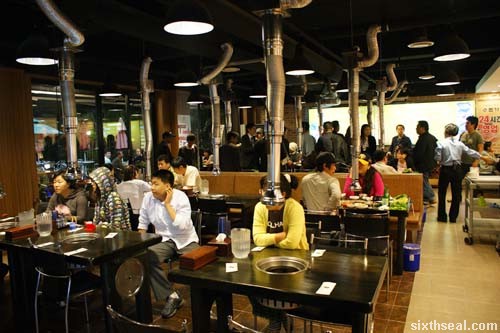 One of the things that we noticed in Bonga is their awesome ventilation system. You know how you go to some Korean BBQ places over here and you come out smelling like you’ve just spent a hard day’s work shoveling coal? 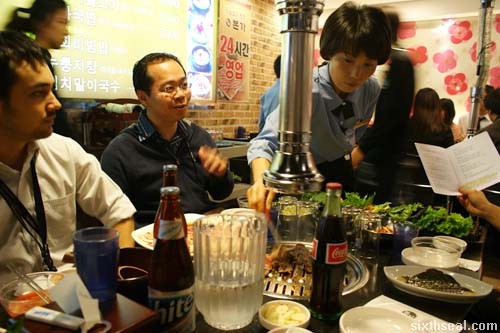 You don’t have to worry about that shit here. Bonga has this retractable suction system that ensures the place is smoke-free. 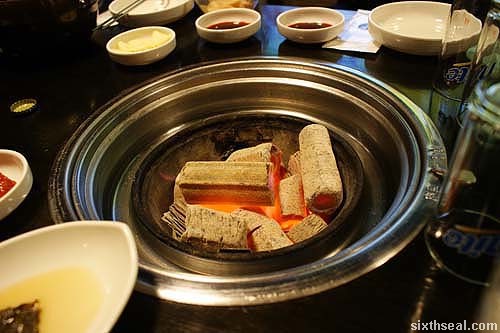 Bulgogi is marinated beef but you’ll be surprised at how a piece of bull(shit) can taste so good. 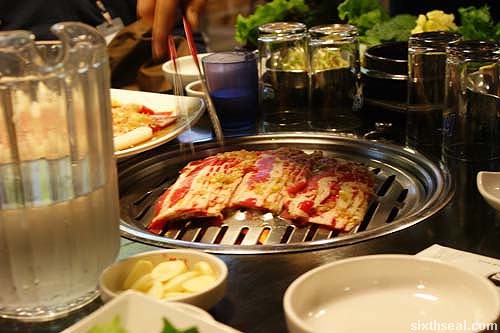 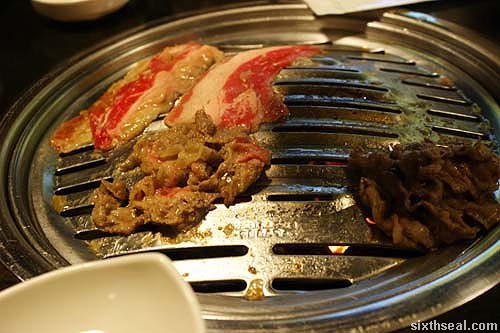 Watch as the fat of the land (beef) simmers and sizzles into a delicious morsel of food! 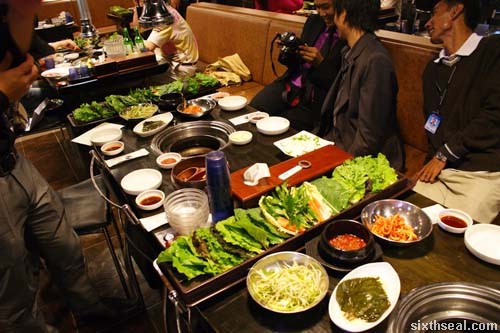 There are starch sticks for you to chew on as well as an assortment of other dishes. 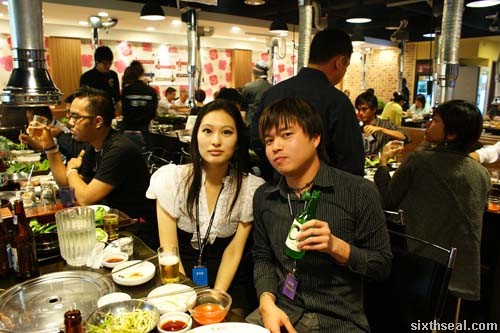 I highly (and not just from the shochu and Korean beer we drank) recommend Bonga as the be all and end all of all bulgogi joints. 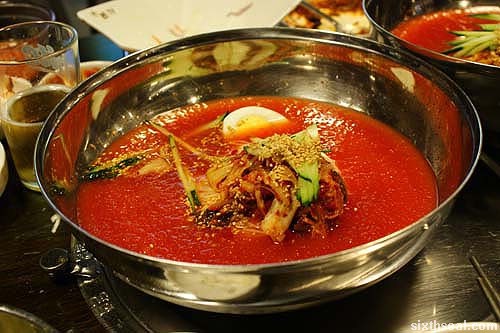 You can also order this cold Korean noodle dish that comes with kimchi (they eat it like we consume sugar), eggs and shaved ice. It’s a good ending to the beef extravaganza. 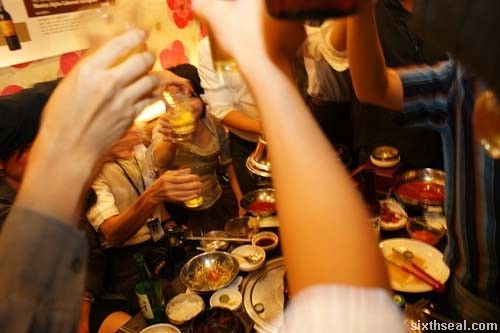 Unfortunately, it’s in Korea so you have to fly there to experience their food. It’s worth it, I assure you. 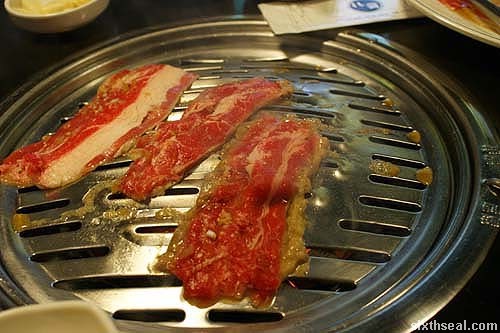 Bonga servers tender and juicy pieces of beef that melts in your mouth. It was one of the best meals I’ve had in Korea.