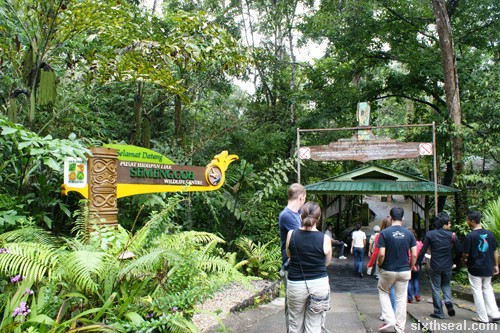 We were at Semenggoh Wildlife Center to look at Orang Utans (which always reminds me of the way Caucasians pronounce it – orang as in “Oh, the phone just RANG) during the Project Alpha shoot in Kuching. This place is about 40 minutes from Kuching city proper. 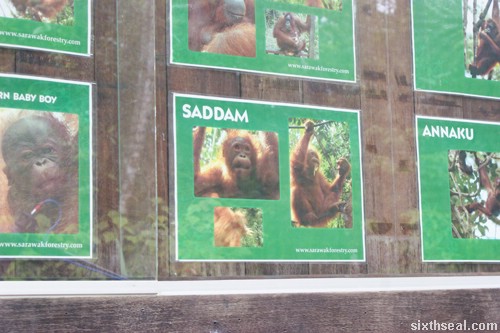 This looks like Mr. Hussein when he was captured, except his beard hasn’t turned white from fear of Death From Above (TM). 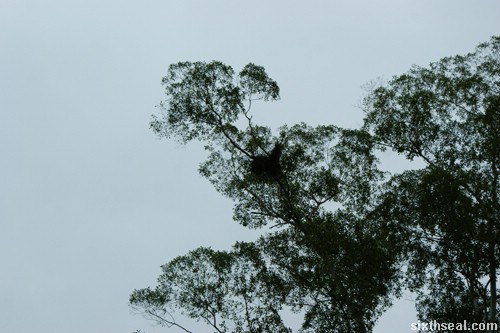 One thing that I learned from the trip was that orang utans sleep in trees at night. These are tall trees on which they built nests using twigs to avoid pythons and other predators. I wonder how it can support the weight of an orang utan with those slender branches at the very top. That’s a view of their nest – they actually build one every single night to sleep in! 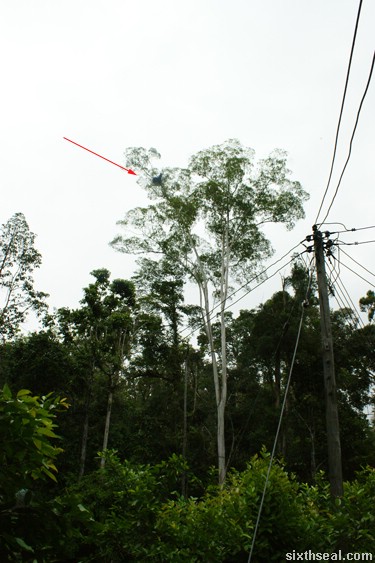 Perspective: This is how high they build their nests. 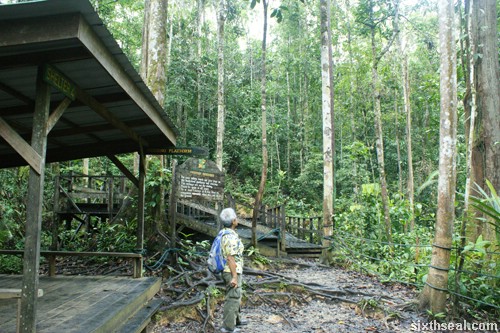 We had to walk down a muddy path to the feeding platform. These orang utans are semi-wild, fruits are placed there and the orang utans knows it. However, they will only eat the fruits if they can’t forage food – apparently they also eat stuff like lizards. 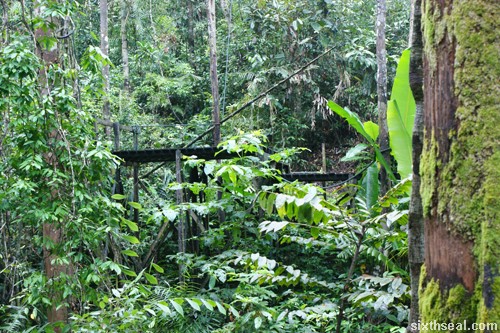 Unfortunately we didn’t manage to see any orang utans… 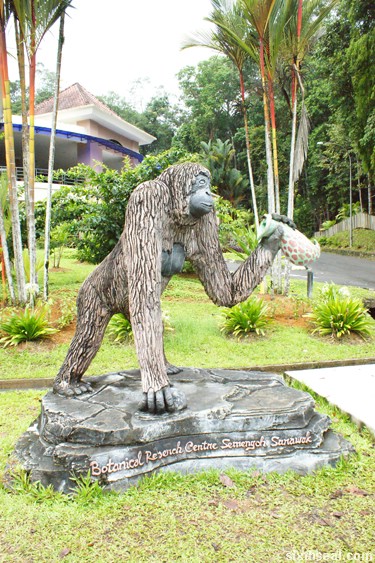 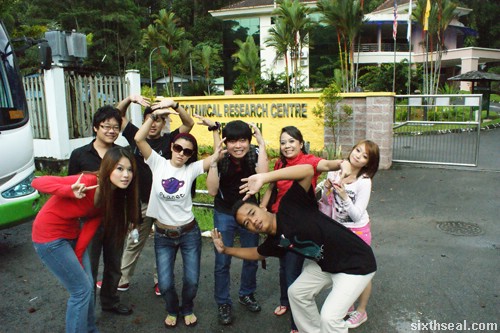 …and a bunch of escaped primates. 😉